NEXT:Smoothie King Crowns Omnicom's Rodgers Townsend as Creative Agency of Record
PREVIOUS:Mekanism Bakes It Up a Notch in First Work for Papa Murphy's 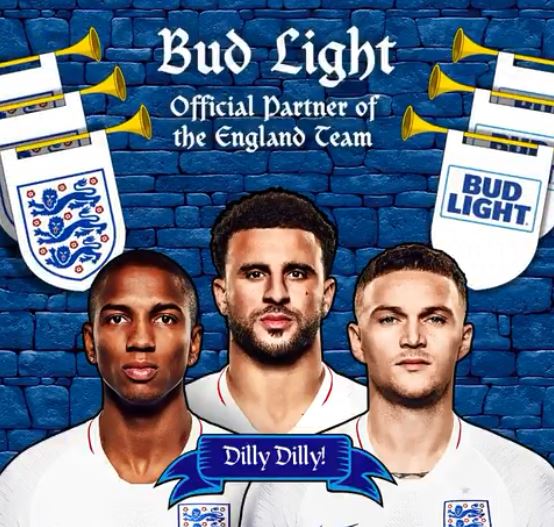 Hate on “Dilly Dilly” all you want, but you’ll still have to sit through the case studies for years to come.

Earlier this month we missed the semi-interesting news that Wieden + Kennedy London has been tasked with making a splash on the other side of the pond on behalf of Bud Light, which hadn’t been available in the U.K. for 16 years until early last year.

Mcgarrybowen handled the throwback work, which surprised us a little bit as we wondered how many young British beer drinkers would remember those classic frogs. But that was apparently a one-off thing that AB InBev really didn’t want to discuss at the time as they were testing the waters to see how the brand would fare.

Frankly, we only bring it up because British blog More About Advertising noted the change today and we wanted to check out the creative, which went live last week.

So it’s the same spot that debuted late last year in the U.S.

“The combination of creative and mock-medieval language perfectly encapsulates the personality of Bud Light, which is all about humour and friendship. Adapted from the great new work by W+K New York, the magical power of the Wizard will drive further engagement in the UK with Dilly Dilly and launch Bud Light’s campaign to ‘Keep it Bud Light.'”

Not quite sure what “adapted” means here, but guessing we’ll see more (and more authentically British) work along these lines. Since the characters already had the accents, it won’t be too much of a lift.

But Dilly Dilly has gone viral in England too, it seems, “with the phrase used organically online by consumers at least 1,000 times per week since the original campaign began.”

DIlly Dilly you fuckers as you were LG x

Bud Light also won the status of official beer of the England national men’s football team away from Carlsberg after 22 years, so they’re hoping the phrase gets a lot more popular at Wembley Stadium. The brand’s U.K. marketing manager Aina Fuller recently told The Drum that dumb humor is a little more difficult to pull of in Britain, but sales are up … and for once, analysts at Morgan Stanley credit the ads.