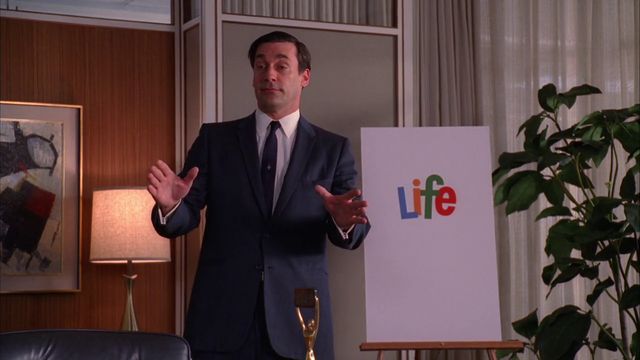 This is a guest post by Paul Charney, founder and CEO of San Francisco agency Funworks.

We’ve all been through it: The big moment.

Need to make sure the presentation laptop has the right ‘dongles’ to connect with the screen in the conference room. Should we dim the lights? But low lighting might make the VP of Marketing sleepy. Nah, we’re going to blow his mind with our brilliant ideas and air-tight strategy (which, by the way, we’ve never run by him until now).

This is it: Two months of work; rounds of strategic emails between us (agency) and them (client); a ninety-minute meeting to boost their business, win us a trip to Cannes, and maybe change U.S. policy. Here we go…first slide…screen reads: No Signal.

I hate my life.

Yup. This is what it feels like to present a new advertising campaign to a client. Within the industry it’s known as “The Big Reveal,” and for the legions of ad agency veterans forced to engage in this maddening ritual, it’s become more like a big train wreck. Why?

The “Big Reveal” used to be a big deal: The moment when an agency comes up with the silver bullet to transform their client’s brand into the next Nike or Apple. The client is surprised, impressed and in awe of the sheer brilliance of their creative agency. The agency feels victorious, they have the trust of their client, and they will be rewarded with future campaigns.

Unfortunately, things rarely go that way. Most of the time it all results in humiliating defeat. That’s usually because the agency creatives, siloed away in the writer’s room, barely interacted with the client during the creative process, and thus, they’ve simply guessed (incorrectly) at what was in the client’s head.

For the client, they have been waiting and hoping their agency is going down the right path. But they have no idea whether things are going well, because the agency’s gone radio silent. Maybe the brief they shared with the agency wasn’t clear enough. Meanwhile, the client’s boss is breathing down their necks, and budgets are draining fast.

And now, minutes after an epic Big Reveal fail, the agency has to go back and start over again, leading up to yet another Big Reveal in another month. This does two things: Kills morale on the agency side and builds anxiety on the client side.

So why is our industry still tethered to the Big Reveal, as if it’s the only way for agency and client to work together? It makes no sense. It is shockingly inefficient. As a former ECD at a large firm who moonlighted as a sketch comedian, I knew there had to be a better way. Years of working in improv taught me that sketch comedians are quick, fearless thinkers, and that the best creative moments come when people are in a writer’s room together solving problems and having fun.

So, how do you bring that loose, uninhibited vibe to the creative process and make sure to avoid falling into the Big Reveal trap? Collaboration between client and agency—early and often—is key.

Sounds obvious, but in today’s advertising culture, bringing client and creative together at the outset of a campaign is almost completely unheard of. Clients don’t want to be involved, and creatives don’t want executives meddling with their artistic process. But I’ve found when you get every stakeholder in a room before the creative process begins, and ask them to come up with ideas in a relaxed atmosphere, they feel uninhibited, share their experiences, and you can get to the real truths and insights behind a common issue or problem, which is what all great advertising is built on.

In comedic writing, no idea is too provocative or too weird to be thrown out there and why shouldn’t it be the same in advertising? If you have an atmosphere where people feel comfortable sharing ideas, the winners start to emerge. Equally important, though, is finding a way to come to alignment faster.

When executives collaborate early on in a writer’s room experience, marketing teams align more quickly because they’re all referencing a shared experience. Before the creative team even begins work on a campaign, they can tell in the moment what ideas are bubbling to the top and which are sinking to the bottom on the client side, because all key team members were in the room when the idea was first floated. It’s easy for everyone to understand where an original, bizarre or provocative idea came from, and align behind it in a single meeting.

Instead of trying to sell the client on an idea during a 90 minute “Big Reveal” session, clients should be given an opportunity to collaborate, create and connect with ideas organically and emotionally at the outset, the way they’re hoping their customers will once they see the campaign. And it makes life easier on the agency side too- instead of spending weeks painstakingly eking out creative they hope the client will like, they can get immediate feedback that identifies the correct direction.

The traditional ad agency process has been stuck in the Don Draper era for too long. Don’t get me wrong. I love the creative advertising industry. Is it broken? Maybe. Is it bloated? Sure. Beyond repair? No. But it needs an overhaul. The Big Reveal is the perfect place to start.