-Area 23, an IPG Health company, has launched a campaign, “Lil Sugar,” in collaboration with the New York-based, global non-profit organization, Hip Hop Public Health (HHPH) to raise awareness about the hidden sugars in many of the foods we eat.

The campaign focuses on “Lil Sugar,” a cunning sugar cube and master of disguise whose primary goal is to make sure no one recognizes it’s hiding in food and beverages. Lil Sugar is introduced in an original song and animated video voiced by Darryl “DMC” McDaniels of Run DMC. A dedicated website and app are also part of the campaign.

-Adweek took a look at how agencies can retain clients after a new CMO comes aboard.

-In the latest episode of Adweek’s Metaverse Marketing podcast, you’ll hear about the strategic shifts that leading projects, creators and brands are making to harness the collective power of groups.

-Those who shop at Wegmans already know how special the grocery store can be, and Adweek looked at what makes the chain stand out.

-Starbucks is celebrating socializing in a new campaign that also commemorates its 50th Anniversary under the tagline “Possible is just the beginning.”

-A new ad campaign from the Northwest Arkansas Council and creative and media agency Walrus sets out to enlighten people to the idea that Northwest Arkansas is the place where ambitious people go to craft a fulfilling life for less money than other more popular areas across the Texas border. 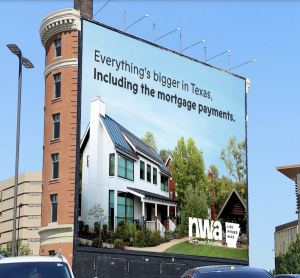