NEXT:Capital One Brings Back Jackson, Barkley and Lee for March Madness
PREVIOUS:Tuesday Stir 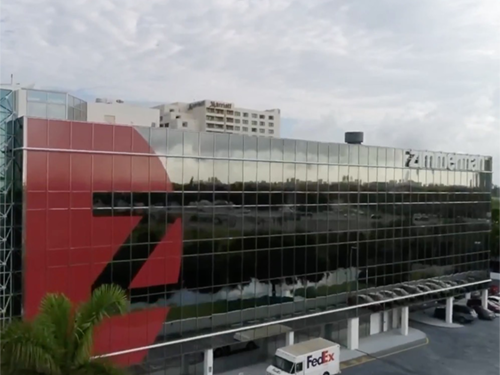 Omnicom’s policy is that no employee is required to return to a physical office if the idea makes them uncomfortable. But two employees of the holding company’s Florida-based shop Zimmerman Advertising tell AgencySpy they feel they’ve been pressured to return to their desks as soon as possible.

“I was fearful that I could lose my job depending on what I said in the conversation,” one employee said of a one-on-one call with Zimmerman president Ronnie Haligman.

The two Zimmerman employees who spoke to AgencySpy said they were contacted last week by Haligman for individual conversations about returning to the office.

“He said we need to bring everybody back as soon as we can,” one employee told AgencySpy.

It’s unclear how many employees were contacted directly by Haligman, but the two workers said other coworkers reported having similar conversations with an HR representative.

Both employees said Haligman expressed that remote work was not compatible with Zimmerman’s model and that the agency needed remote employees to return to the office as soon as possible.

In a statement to AgencySpy late Monday, a Zimmerman spokesperson said the agency “routinely checks in with its employees to discuss the Agency’s current status and each employee’s comfort level in returning to the office. Zimmerman follows Omnicom’s guidelines, which is that no person is required to return to the office if they are not comfortable in doing so.”

One Zimmerman employee told AgencySpy that, in a one-on-one video call, Haligman brought up the possibility of tough decisions regarding the potential for staff cuts.

“He told me that the company was going to have to make layoffs soon, so they needed to know [which employees were willing to return to the office],” the Zimmerman employee told AgencySpy, adding, “I interpreted it as they were taking that into consideration for that decision. It was uncomfortable to receive that threat and have to take it.”

The calls came on the heels of a round of layoffs in recent weeks impacting the creative department, which followed unspecified account losses,  according to two Zimmerman employees.

One Zimmerman employee told AgencySpy that their call with Haligman was introduced as a check-in with employees but quickly turned uncomfortable when Haligman asked about what that employee’s ideal work situation would be going forward. When the employee asked about the possibility of a hybrid remote work model, the employee said Haligman expressed an unwillingness to consider the option and said it was incompatible with Zimmerman’s model.

“He was not happy that I was asking questions,” the employee told AgencySpy. “He kept on getting more heated, talking over me, pressuring me to respond to whether I was coming back and what it would take.”

The employee said agency founder and interim CEO Jordan Zimmerman had been bullish about Zimmerman’s performance during town hall meetings in 2020, despite a round of furloughs and layoffs in April. But in the conversation last week, the employee said Haligman cited financial struggles for the agency in 2020 and 2021, including account losses and failures to win pitches. Haligman positioned the performance struggles as the reason Zimmerman needed employees to return to the office, they added, and expressed disappointment that employees were unwilling to prioritize the agency’s wellbeing.

Last Thursday, Omnicom CEO John Wren sent out a network-wide memo regarding the one year anniversary of the holding company moving to remote work on March 15, 2020.

“Our leadership teams are currently gathering feedback from you to consider what these next few months will look as we plan for an eventual return to the office,” Wren wrote in the memo, while noting, “there will be new ways of working and new habits formed.”

“While we hope the end is in sight, the virus has surprised us, so we must remain vigilant,” Wren cautioned, asking agencies to follow local government policies, individual office policies and Omnicom guidelines when returning to the office, linking to Omnicom’s policy which highlights in bold: “No person will be required to return to the office if they are not comfortable doing so.”

If you have concerns about how your agency is handling a return to the office, you can email us at agencyspy@adweek.com, direct message us on Twitter @AgencySpy or send an anonymous tip using our tip box.