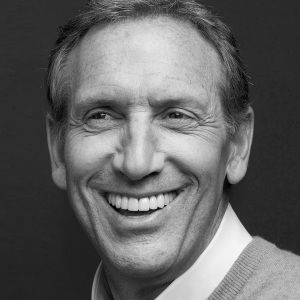 Now that the 2020 presidential run-off has begun in earnest, it’s time to talk politics and advertising.

The last such cycle’s most famous intersection of these two disciplines came via Droga5’s work for Hillary Clinton. It led to many (mostly) tired arguments about whether the candidate’s ad strategy provided insights into her loss, and whether social media targeting was really the key to victory for Donald Trump.

So far this year, several familiar names, like Bernie Sanders and Cory Booker, have entered the challenger’s corner—along with a relative newcomer in the form of onetime Starbucks chairman and CEO Howard Schultz.

Schultz’s decision to throw his hat into the ring didn’t come as a complete surprise, though he hasn’t officially registered as a candidate yet. The executive hasn’t been shy about his political ambitions, and from the moment he announced his resignation from the coffee chain last June, analysts began to speculate about whether he would use this opportunity to run for the nation’s top office.

As he told The New York Times in the exclusive Q&A: “I intend to think about a range of options, and that could include public service. But I’m a long way from making any decisions about the future.”

Schultz wasn’t as far from making that call as the interview might have led one to believe. And multiple individuals who have spoken to us said he didn’t have to look far for marketing support, either. According to those parties, his campaign has been working with Portland’s Swift—one of Starbucks’ own long-term agency partners—for the past few months.

This isn’t to say Swift is the Schultz campaign’s agency of record. One source close to the matter said that they are “still in the mix” even as the candidate may not have “officially picked any ad firm.”

That wouldn’t be particularly surprising either, though. Starbucks famously eschews naming AORs, and several parties recently told us the chain has moved further into project and product-based work while “doing a massive realignment internally.” Late last year, Starbucks announced plans to cut around 350 corporate jobs one month after its top marketing executive, svp and executive creative director Leanne Fremar, headed to Chase. We’re told that a “significant” number of those employed by the company’s in-house agency were affected by that move, though Starbucks PR did not respond to a request for comment.

Beyond Swift, Starbucks currently includes 72andSunny and Brooklyn’s Big Spaceship on its agency roster. Representatives for both shops declined to comment.

Spokespeople for Swift have not responded to multiple emails and phone calls seeking comment over the past two weeks. Two emails to Schultz’s campaign organization also went unanswered despite this handwritten response. 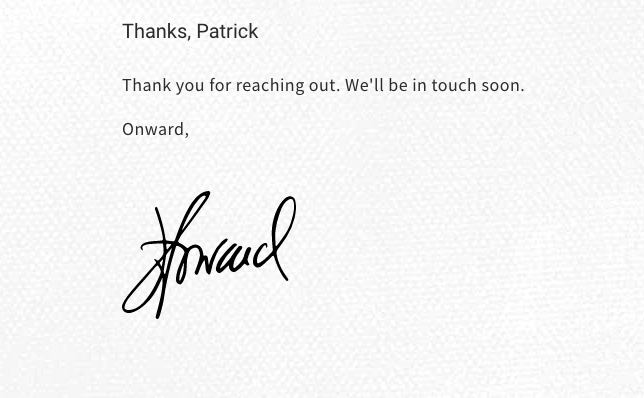 The agency handles web design for a number of its clients, and he has a website along with a fairly robust social media presence that he has used to promote both his book and his campaign, which share the tagline #ReimagineUS.

Here is the closest equivalent to an ad by Schultz. It came right after he started his book tour.

People need real opportunities to help themselves, not unrealistic policies and promises. Genuine opportunities, like the ones I had, which helped me leave the housing projects of Brooklyn and realize my dreams. #ReimagineUS pic.twitter.com/oUBxTN57iW

You may be aware that he received a bit of heat after a subsequent CNN town hall at which he said, “As a young boy in the projects, I didn’t see color.” He has also been criticized for stating very publicly that he will only commence his run for president if the Democrats fail to nominate a sufficiently “centrist” candidate who can also defeat Donald Trump.

Running the operation are Mark McKinnon and Steve Schmidt, two former GOP strategists who both worked for the late senator John McCain and have now refashioned themselves as anti-Trump conservatives. Another key hire was that of Bill Burton, who served as deputy White House press secretary under Barack Obama before heading to politically-connected D.C. PR shop SKDKnickerbocker.

Schmidt and Schultz met thanks to work that the former’s firm, Edelman, did for Starbucks, and the campaign later hired Cheryl Cook, who formerly managed Edelman’s food clients. We may also note that Schmidt introduced the world at large to Sarah Palin while managing McCain’s presidential campaign.

“They’ve done lots of polling. They feel like they can square the circle,” said the source familiar with the campaign, who remains skeptical. Only time will tell, but our sources state Swift will continue working on this project until election day arrives or Schultz packs it in—whichever comes first.