Unilever’s Dove brand removed and apologized for a Facebook ad over the weekend following a backlash decrying the ad. The below image of the ad was shared widely across social media and criticized for its perceived insensitivity.

Several such posters went as far as to point out similarities to blatantly racist ads of the Victorian era. 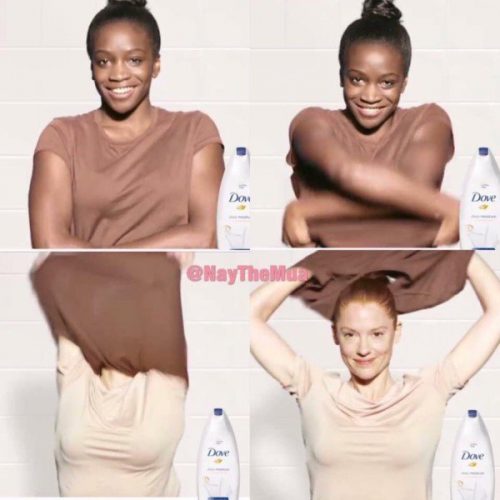 Dove responded to the backlash by pulling the ad, with the following message:

We reached out to a Dove representative, who provided the following explanation:

As a part of a campaign for Dove Body Wash, a 3-second video clip was posted to the US Facebook page which featured three women of different ethnicities, each removing a t-shirt to reveal the next woman. The short video was intended to convey that Dove Body Wash is for every woman and be a celebration of diversity, but we got it wrong. It did not represent the diversity of real beauty which is something Dove is passionate about and is core to our beliefs, and it should not have happened. We have removed the post and have not published any other related content. This should not have happened and we are re-evaluating our internal processes for creating and approving content to prevent us making this type of mistake in [the] future. We apologize deeply and sincerely for the offense that it has caused and do not condone any activity or imagery that insults any audience.

One question that remains: Who was responsible for the ad? Dove did not clarify in the initial email and did not respond to a second query asking that specific question again.

Ogilvy & Mather has long served as agency of record for the Unilever brand, which has been accused of racism in past ad campaigns.

We reached out to the agency for comment multiple times today, but have yet to receive a reply.