NEXT:CPB Goes Through Round of Furloughs and Layoffs
PREVIOUS:Mekanism Lays Off 5% of Staff, Cuts Salaries for Partners 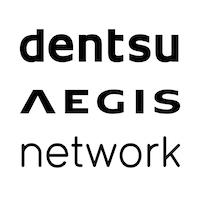 At the beginning of the week we reported on a series of cost-cutting measures across Dentsu Aegis Network agencies, including furloughs, salary reductions and layoffs. Details or specifics were scarce, but we’ve since learned a little more.

Furloughs will be a period of two to eight months, generally at around 20% pay, and salary reductions of 10% were implemented at the start of April through the end of the year for all those making $75,000 or above, sources with knowledge of the matter told AgencySpy. Those making under that amount are not impacted and executive leadership took pay cuts ranging from 12.5% to 20%, these sources said.

The sources added that bonuses and 401k matches have been eliminated for the remainder of the year and that Dentsu Aegis Network has also instituted a freeze on new hires and promotions, as well as eliminated consultant and freelance roles.

Dentsu Aegis Network provided this statement on cost-cutting measures earlier this week and confirmed that these measures have included executive salary reductions and furloughs but declined to comment on the specific details of this story:

Since the coronavirus outbreak Dentsu Aegis Network’s primary priority has been to protect our people, preserve and nurture our client relationships and to support the local economies and communities in which we operate. As a result of Covid-19 business impacts, we are activating a set of cost-saving measures across the company to ensure business continuity and to safeguard our people’s livelihoods around the world. We consider our people to be our greatest strength and are doing everything we can to ensure we have a healthy and sustainable business for them and our clients, after this crisis passes.

If you are/were employed by Dentsu Aegis Network and wish to contact us, please use the tip box in the upper right corner of the AgencySpy page or you can send us a private, encrypted message at agencyspymail@protonmail.com.