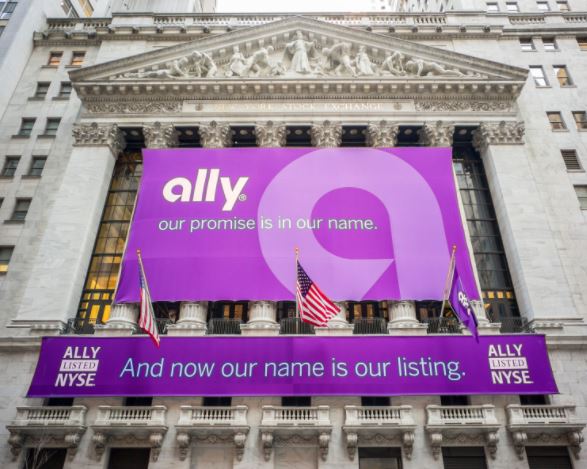 Ally Financial, the digital banking company that focuses on auto lending, is a little closer the end of a creative review officially launched just last month.

Multiple parties with knowledge of the matter have confirmed today that the 5 creative finalists competing for the business are Wieden+Kennedy Portland, 72andSunny, Anomaly, Venables Bell & Partners and Steve Stoute’s Translation.

The account had been with Grey for almost 7 years, and we’re told the parting of ways was a mutual decision based on the client’s desire to move in a different direction creatively. Grey’s most recent big project for the client was an “augmented reality experience” timed to the Super Bowl, and they opted not to defend the business.

Here’s the agency’s anthem spot from the “Do It Right” campaign that launched 18 months ago.

Avidan Strategies is managing the review, which earned some headlines last month due to the fact that the client publicly announced its plans to compensate the finalists in all three portions of the review: creative, digital and media. The purpose of this move, according to CMO and longtime Campbell Ewald vet Andrea Brimmer, was to reinforce the idea that agency and client are partners.

Industry observers disagreed on how common this practice is, with some estimating that Ally will pay each agency $50-75,000 for its troubles. Avi Dan himself did not respond to a request for comment.

According to its own financial filings (as reported by AdAge), Ally spent $133 million on marketing in 2017. Today the company announced that president Tim Russi of its auto finance division would leave to be replaced by Doug Timmerman.

No word on finalists in the other parts of the review.