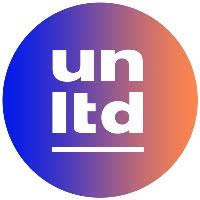 Omnicom’s We Are Unlimited has gone through a round of layoffs while the client it was created for decides how to handle its creative account going forward.

Sources close to the matter claim that around 10 employees were laid off and 8 transferred to DDB as a result of changes to the McDonald’s business. Another source claims the number impacted could be significantly higher, with some employees leaving at the end of the month and others at the end of the year.

McDonald’s launched a review of its U.S. agency model back in July, while also sending an unspecified project to W+K New York. Omnicom set up We Are Unlimited as a unit dedicated to the McDonald’s account after winning creative AOR duties three years ago.

We Are Unlimited’s exclusive contract with McDonald’s ended back in January, leaving We Are Unlimited free to pursue new business opportunities. Last fall, McDonald’s sent lead creative duties on its McCafe brand to TBWA\Chiat\Day L.A following a closed “jump ball” pitch which reportedly involved We Are Unlimited competing against TBWA.

A source close to the matter claimed it’s possible that more We Are Unlimited employees could be impacted as the client’s creative account continues to evolve, including possible transfers to TBWA.