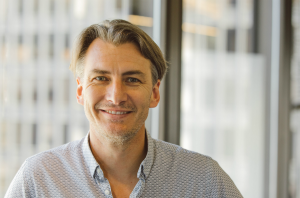 Omnicom’s We Are Unlimited may not be a strictly Golden Arches affair anymore, but McDonald’s will remain by far its largest and most important client.

This week, the agency announced a new ecd on that account in Derek Green.

According to the agency’s own writeup, Green will work to “expand the agency’s creative ambitions for the McDonald’s client” while also tending to all those other unnamed pieces of business. He reports to CCO Toygar Bazarkaya.

The Australian native arrives after spending nearly 4 years at Ogilvy in Sydney and a whopping 9 months on “paternity leave”—because unlike our United States, Australia treats its citizens like actual human beings.

He brings quite a bit of agency experience along with a focus on CPG and QSR clients; other shops where he worked include Saatchi & Saatchi New Zealand, JWT and Leo Burnett Sydney and Saatchi & Saatchi Switzerland, and he founded a consultancy called—yes—the Hairy Banana. This is not his first stint in the Windy City either, as he spent nearly 3 years leading the creative department at Cramer-Krasselt.

“I conducted a worldwide search for my next challenge and it brought me back to Chicago—the unique offer of Unlimited was, without doubt, the most exciting creative opportunity [for me]. Meeting the client and agency teams and discussing their aspirations, together with the unique connected creativity offering at Unlimited, was a no-brainer for me; I had to be part of it.”

The release also plays up Unltd.’s adventures outside the world of fast food, stating that the hire “comes at a time of great creative potential for We Are Unlimited” and follows that of chief production officer and former Campbell Ewald executive Sumer Friedrichs.

As one can see from this latest spot, McD’s is still going heavy on the breakfast tip—and it also recently sent more work to TBWA\Chiat\Day L.A., which now handles breakfast promos in addition to the McCafe line.

“Our model and agreement provides the flexibility to tap additional resources when needed, and as we have before, we are leveraging support from another member of the Omnicom company on some specific projects,” said a McDonald’s spokesperson.

TBWA, which created the ad below, deferred to the client.