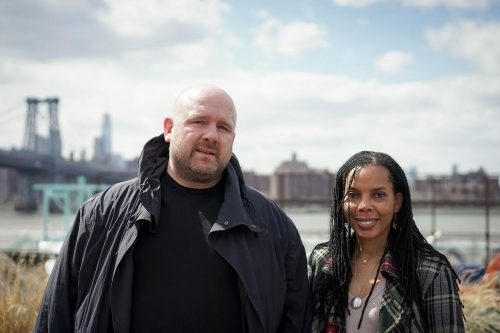 Lamar and Lennon will be tasked with leading and developing creative work for the  in-house creative offering, reporting to global chief creative and commercial officer Tom Punch.

Lamar arrives from Twitter, where she served as creative director for its Twitter #Studio in-house offering for around a year and a half. Before that she spent six months as writer and director for organic skin and hair products brand Alba Botanica. Earlier in her career she spent seven years with W+K Amsterdam and served as the agency’s head of production before spending three years as a creative director for TBWA\Chiat\Day, where she worked on the Gatorade account. She has also served as a freelance creative director and content developer for brands and agencies including Translation, Walton + Isaacson, Hudson Rouge, Disney, Apple and Beats by Dre.

“Vice is unique with its identifiable voice and authenticity. It’s a great place for brands who want to organically engage and entertain,” Lamar said in a statement. “A place for true creative expression and exploration – kinda like space. All of this and the incredible team here at Vice – I couldn’t be more excited to be a part of it.”

Lennon initially joined Vice last October, focusing on Vice News and Vice Money. He previously served as group creative director for the Wall Street Journal’s Custom Studios for three years. Prior to that he spent nearly 14 years with Bloomberg, serving as copywriter and then commercial creative director.

“Vice is a really exciting place to be as a creative,” Lennon said in a statement. “Brands come to us for a reason and it gives us the opportunity to push them, sometimes beyond their comfort zone, in a meaningful and impactful way. I’m honored to be working with Tom, Donna and the rest of the team and I’m excited for more to come.”

In a statement, Punch said that Lamar and Lennon are “a rare breed; hybrid creative individuals that combine deep cultural knowledge with real commercial savvy.”

He cited Lennon’s “impressive track record of creatively commercializing various prestigious news and information propositions” as “a perfect fit to drive forward the commercial vision for our news and information based channels” and Lamar’s  “curatorial, directorial and executional expertise across a range of cultural initiatives and companies” as preparing her “to create programs that drive both culture and companies forward.”

“Their knowledge of the media landscape combined with their creative expertise will make them a power duo to be reckoned with,” he added.