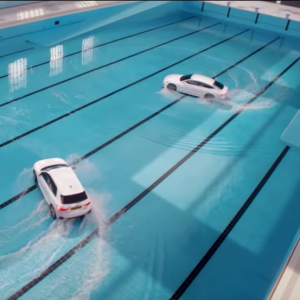 The current creative review for Audi, which is fast becoming one of this industry’s most controversial, has lost another member.

Today a spokesperson for independent VCCP confirmed that the agency withdrew from the Audi U.K. pitch process last week.

The review started in April and marked one of the first (if not the very first?) time incumbent BBH has been called to defend its business since 1982. Audi was one of the Publicis agency’s founding clients.

Campaign has been all over this story, breaking news of the review itself as well as the surprising number of big-name agencies that turned it down: Leo Burnett London, Lucky Generals and Ogilvy, to start. The latest such report, from last week, held that Mother and MullenLowe also declined to pitch after being shortlisted, leaving Engine, M&C Saatchi and VCCP to take on the incumbent.

So what is going on here? First, Audi is owned by VW, which recently went through its own review. That whole process was driven by every agency leader’s favorite word, procurement. As brand lead Herbert Diess told the German press when launching the process, ““We’ve spent far too much money on paid media in the past, we want to change that.”

VCCP declined to elaborate on why it dropped out, though sources tell us leadership grew uncomfortable with certain aspects of the pitch before moving past the briefing stage.

For more hints, Creature London CEO Dan Cullen-Shute recently wrote an op-ed for The Drum arguing that no agencies should participate. In short, he argued that, because of Audi’s well-publicized involvement in “the diesel issue,” this review is really just a transparent cost-cutting exercise. Imagine for a second, he proposed, what would happen if agencies simply stopped participating in such circuses, no matter how big or shiny the brand at the end of the tunnel. Maybe then others would be less disposed to invest so much time and money in losing propositions when they pop up in the sure-to-be-near future.

Now here’s that synchronized swim spot from March, which again reminds us why Audi called this review in the first place. (It wasn’t because they needed better creative work in the U.K.)