“We’re always on the lookout for tremendous talent, and we’re thrilled we were able to look no further than our own team members to step up and take on more significant roles,” VB&P president Paul Birks-Hay said in a statement. 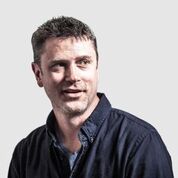 Chase has served as group brand director for the past three years. During that time, he led the Reebok account and the brand’s launch in China last year, as well as partnerships with PlayStation Vue, Westin Hotels & Resorts, Sheraton Hotels, Renaissance Hotels and Trulia. Chase will continue overseeing client partnerships while taking on a more significant role in training and developing the brand management team. 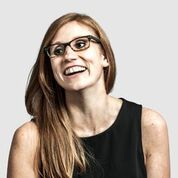 Osterhoff joined VB&P last year as brand director and now takes over Chase’s former role. In the past year, she’s helped develop manufacturing company 3M’s brands including Post It, Scotch, ScotchBlue, Scotch-Brite, Nexcare and Filtrete. She will continue to manage the client in her new role. 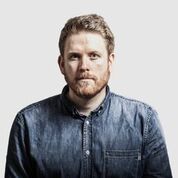 Johnston slips into his new position from associate creative director. Since joining the agency in 2015, Johnston has led the development of Sheraton Hotels’ “Go Beyond” campaign launch, Westin Hotels’ “Let’s Rise” work and “Project Rise: ThreadForward,” a sustainability program that collects, processes and reweaves hotel bed linens into pajamas for children in need. He also has been instrumental in the 3M work and, as VB&P diversity ambassador, the agency’s diversity and inclusion efforts. 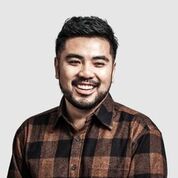 Del Rosario also moves from associate creative director to creative director. He’s been with the agency since 2009 and is behind notable work including Reebok’s “Be More Human,” an ongoing campaign first launched in 2015 that celebrates strong women. A July iteration of that campaign featured an all-star cast including model Gigi Hadid, singer Ariana Grande (who by the way recently schooled the marketing industry) and actors Gal Gadot, Danai Gurira and Nathalie Emmanuel. 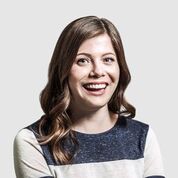 Hakim, who adds “senior” to her art director title, is credited for spearheading efforts for clients Reebok and Audi and leads the agency’s social media channels and related creative development. Notably this year, she was behind a handful of wistful campaigns for Audi including an April spot that questioned a future with self-driving cars and a February ad for the 2018 RS 5 Coupe, in which the rev of the car’s engine resuscitates a dying old man with an incredible backstory. 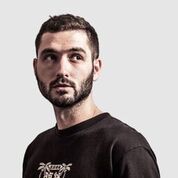 Donaghy also adds “senior” to his design title. His work has spanned the Audi eTron launch and also touched efforts for the automaker’s A6, A7 and A8 models. In his new role, Donaghy will keep building on his work while tackling new business opportunities with the larger design team.

“These promotions are well-deserved, not only because of their outstanding work for our clients but also for the leadership each of these individuals provides to their respective teams each day,” Birks-Hay added. “We look forward to seeing the great things they will surely continue to achieve.”

These hires follow the recent departure of VB&P’s head of brand management and client services, David Corns, who went to R/GA to serve as managing director of its San Francisco office.