NEXT:Hill Holliday Goes Through a Round of Layoffs in Boston Headquarters
PREVIOUS:Reebok Brand Director Joins Character as Managing Director of The Agency's New Portland Office 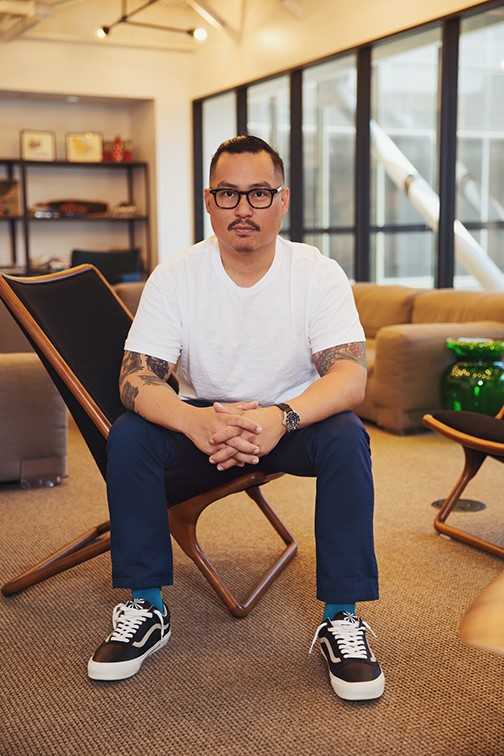 The “action sports” brand hired Jamie Reilly, formerly of 72andSunny and Kastner & Partners, in 2015; he now serves as global VP of creative, and Federizo will report directly to him.

The incoming ECD most recently spent five years at Wieden + Kennedy New York, where he worked on campaigns for Bud Light, ESPN and Spotify. The press release also notes that he “created the ‘RE2PECT’ Derek Jeter campaign for Nike’s Jordan Brand, which won the 2015 Cannes Grand Prix Titanium Lion for his integrated campaign work” and credits him with helping Jeff Bridges record “Sleeping Tapes,” an album tied to the 2015 Squarespace Super Bowl ad that spent 10 weeks on Billboard’s New Age album chart.

Prior to joining W+K, he was an art director and CD at several shops including Deutsch L.A., 180LA and Wongdoody.

In addition to the Federizo hire, Vans also promoted Joyce Ha, former vp of product and ecommerce development in the APAC region, to oversee global men’s apparel and accessories merchandising along with Active merchandising and design. Dabney Lee, senior director of global footwear merchandising, has been promoted to replace her.

“I couldn’t be more pleased to share changes that will be taking place across our global leadership team in 2018,” said Vans global brand president Doug Palladini. “Having a global mindset and approach is critical to the growth of our brand.”

Though Catch New York made a clever joke about (maybe) winning the Vans account way back in 2015, the brand currently produces all of its major creative campaigns in-house.