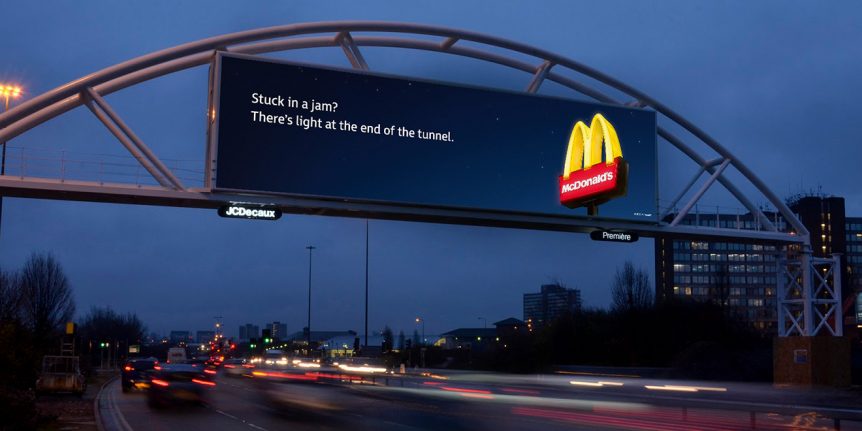 Talon Outdoor, the specialty out-of-home agency that handles all of Omnicom Media Group’s displays in the U.K. for brands including McDonald’s and Google, is expanding to the U.S. with its first office in the country opening in New York today.

The agency promised, in an announcement today, to design and execute the same “data-driven, technology-led integrated outdoor campaigns” seen across the U.K. for brands in the U.S.

The New York office will be led by managing director Irina Zeltser, who worked on OOH at Project X previously, and supported by Talon founding partner James Copley. Ruth Schinn, a U.S. industry vet who has worked at Posterscope and Kinetic, was hired as a director.

“This is an exciting time to be in the industry, with the advent of new digital technologies, audience targeting and measurement capabilities that continue to lift the medium as a whole,” Zeltser said in a statement. “We intend to embrace the ongoing digital transformation in OOH, employing an approach that leverages all of the technological and creative assets at our disposal to smartly deliver the most effective and accountable integrated campaigns for our clients.”

According to a Talon spokesperson, Omnicom Media handed their entire out-of-home portfolio in the U.K. to the specialty agency in April 2013. That means Talon handles the outdoor work for all of the larger agency’s brands including McDonald’s, Sony Pictures and Google.

The spokesperson said that relationship does not extend to the U.S.

In the U.K., Talon is tied to a host of innovative out-of-home campaigns including one in November that saw digital billboards for McDonald’s change with traffic patterns. Talon and OMD handled the media buying for that campaign, which was created by Leo Burnett.

In March 2016, Talon also built a bar in London made almost entirely out of chocolate for global brewer Carlsberg. The pub was disguised as a billboard but opened up to a confectionary watering hole, earning it a spot on Adweek’s Ad of the Day list.

Talon’s U.S. division is a joint venture with Holt Media Companies, a firm that provides network, media buying and advisory services to brands. Holt is tasked with providing insight to Talon on the U.S. landscape. Alongside founding agency partner, Ptarmigan Media, Talon will also expand work with creative and tech shops Grand Visual and Blis, according to the agency’s statement.

A Talon spokesperson said they’re not ready to share information regarding their clients.