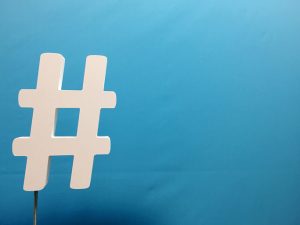 Happy Friday before the long weekend. Are you a creative looking for a new opportunity? Are you maybe a little burned out on the agency world? Do you think social media might, at least potentially, be a positive thing for mankind?

If you answered yes to any of those questions, you might consider applying for a new gig leading Twitter’s creative department.

This week, the San Francisco-based company founded by Jack Dorsey, Noah Glass and Biz Stone back in 2006 (such an innocent time!) posted a job listing for executive creative director of its Creative #Studio.

What does that mean, exactly?

The listing describes the #Studio as “a team that builds, designs, explores, and champions the essence, voice and feel that brings Twitter to life in our marketing and communications.” In other words, the ECD will be promoting the basic service, any new products, and all “major brand initiatives.”

A Twitter spokesperson confirmed that this will be the same job previously held by Jayanta Jenkins, the former agency creative who became HP’s global ECD earlier this month.

We talked to Jenkins when he left the Twitter gig, which he described as “the best opportunity in advertising that I’ve ever had.” “Leslie [Berland, CMO] and Jack have been amazing,” he added. “I put my time in, and I’ve got the work to show for it.”

Whoever gets this job will also be responsible for working with Twitter’s agency partners (see GS&P, TBWA, Heat). And there have been some internal changes. Late last year, the company said it would be moving Jenkins into a “new position advising on brand and marketing initiatives” that would see him working more closely with Berland, though it’s unclear how that worked out. This news came several months after Twitter promoted Stephanie Prager, herself an agency veteran, to head of global agency development.

Based on the most recent work by the Creative Studio, Twitter’s pitch to brands and agencies alike will remain somewhat consistent: it is the place where conversations happen, and its users are more directly engaged than those on other social platforms.

For example, it can help keep you up to date and deal with those intellectual insecurities.

And whatever your niche may be, Twitter will serve it.


It would definitely not be your standard agency job.

Yet, like ad agencies, the social platform faces some challenges in terms of public perception. And all due respect to Jack Dorsey, parts of this interview made less sense than most Twitter threads.