-We gave you a 16:30 video yesterday. Today, we’ll make it up to you with this six-second Oreo video from Digitas U.K. It’s fine. It’s three seconds of something and three seconds of sell. What else can you do with so little time?

-Fine, we’ll give you something a little longer. Here’s an ad for Activision from Battery (you may remember them from the Angel City soccer launch) for Crash Bandicoot 4, featuring rapper Quavo, a fan of the game. It’s the first original game for the franchise in 12 years.

-If you travel JetBlue, you can get a Covid-19 test before you board, especially if you’re going somewhere that requires a negative result to avoid quarantine.

-Congrats to one of the menschiest in the business, Elizabeth Rosenberg. The former 72andSunny comms chief OFFICIALLY has her shingle out. The name of the new advisory concern is The Good Advice Company. Check out her LinkedIn post for some more flavor on the endeavor.

-Going back to the office (whether by choice or not)? Here are your rights. 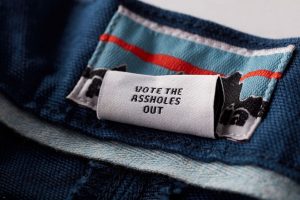