-The long July 4 weekend is chock full of sports, and ESPN is featuring a campaign for its app with plenty of sports action. After the launch last year of its “One App, One Tap” campaign, ESPN tasked Sausalito-based creative agency partner Butler, Shine, Stern & Partners (BSSP) with expanding it with a new spot to help people navigate the sports world.

The ad highlights features, functionality and action of the ESPN App, with quick hits of action from athletes including Conor McGregor, Coco Gauff, Donovan Mitchell, Ronald Acuna Jr. and Lionel Messi beefed up with vibrant animation treatments. Miami-based duo Domino Saints provides the bilingual vocals and thumping music that show off app features, from live scores to a “connect to TV” function.

-Independent agency network Gut has been named the agency of record for Canadian fast food chain Tim Hortons, and has officially opened its Toronto office in the wake of the announcement.

-MGM Resorts is going outsized and over the top in its new campaign, “It’s Time,” exuding a Roaring ’20s, high energy mood.

-Corteva Agriscience and agency Ogilvy are launching “The Heart of the Farm,” a series of short documentaries exploring the lives of the growers who feed the world, starting with one highlighting gay farmers.

-Carl’s Jr. and Hardee’s have introduced a line of BLT Ranch menu items, and to celebrate, the sister brands have teamed up with Heavy Duty, Premiere and 72andSunny to launch what they hope will be the song of the summer, “BLT Ranch Summer.” Take a listen on DJ Drippy’s Spotify. 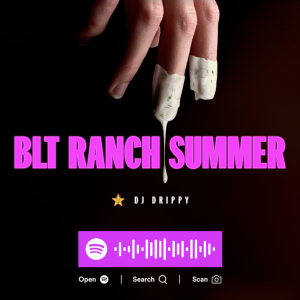