First, a disclaimer: we greatly value the freedom of religion provided in the First Amendment to our country’s Constitution. It doesn’t prevent people from acting like massive dicks because they disagree with the faith you follow, but in theory it allows everyone to worship however they choose. (Note the key phrase “in theory.”)

On that note, Philadelphia-based copywriter David Valento, who was most recently at Red Tettemer O’Connell + Partners and 160ver90, used this freedom to turn The Bible, or everyone’s favorite very long, very dry book that isn’t part of the Song of Ice and Fire cycle, into a bit of branded content for Tombstone Pizza.

Why Tombstone? Because Valento likes the brand and wanted to tell its origin story. Or so he says.

The full work, which you can check out on his portfolio site, natch, includes more than its fair share of jokes and references to both Kraft singles and the other Tombstone, by which we mean that peak ’90s film starring Val Kilmer and Kurt Russell. 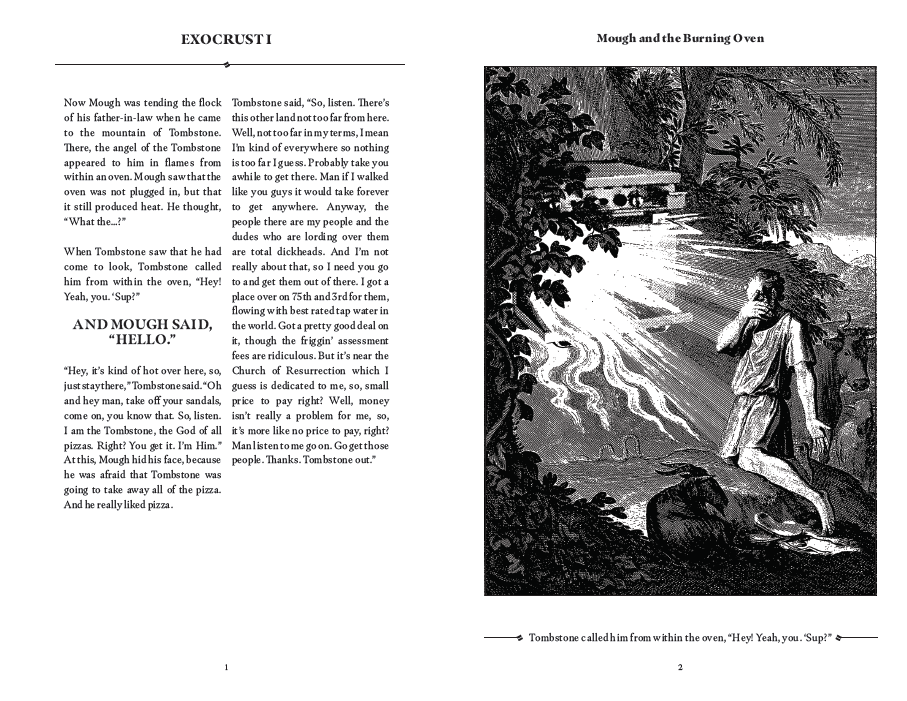 We had a brief exchange with Valento about this extensive piece on Tombstone, the God of all pizzas.

AgencySpy: What inspired this project?
David Valento: I was trying to think of how to improve my writing but in a way that amused me so I’d keep doing it. If it’s not apparent by this project, I really do love Tombstone Pizza, and I wanted to write the brand origin story. The Bible has a pretty good origin story (the one where the world is created), so I started with rewriting that about Tombstone. And it worked pretty well so then I rewrote 20 other Old Testament stories, and my buddy realized most came from the book of Exodus, so it became The Book of Tombstone: The Story of Exocrust.

If it weren’t spec work, how could you see it running?
Long-form online video for sure, OOH for sure, probably some e-commerce, and, I know it sounds boring, but I think this would be so funny to see as a POS piece. Can you imagine walking through your local grocery store and seeing one of these stories up on the freezer door? That amuses me.

Do you think there are any clients out there now really encouraging their agencies to do risky or just weird work like this?
For sure. Skittles and Starburst are always out there, Old Spice and KFC. I think a lot of it comes from clients going to and trusting agencies that are known to do really great weird work: DDB with the first two, Wieden with the second two, BFG with Little Caesars and Tomcat. I thought the Halo Top ads from 72andSunny were just fantastic and they were dark as hell, especially for an ice cream. I think a lot of clients are willing to be weird, but you have to know how to sell the work through to them. 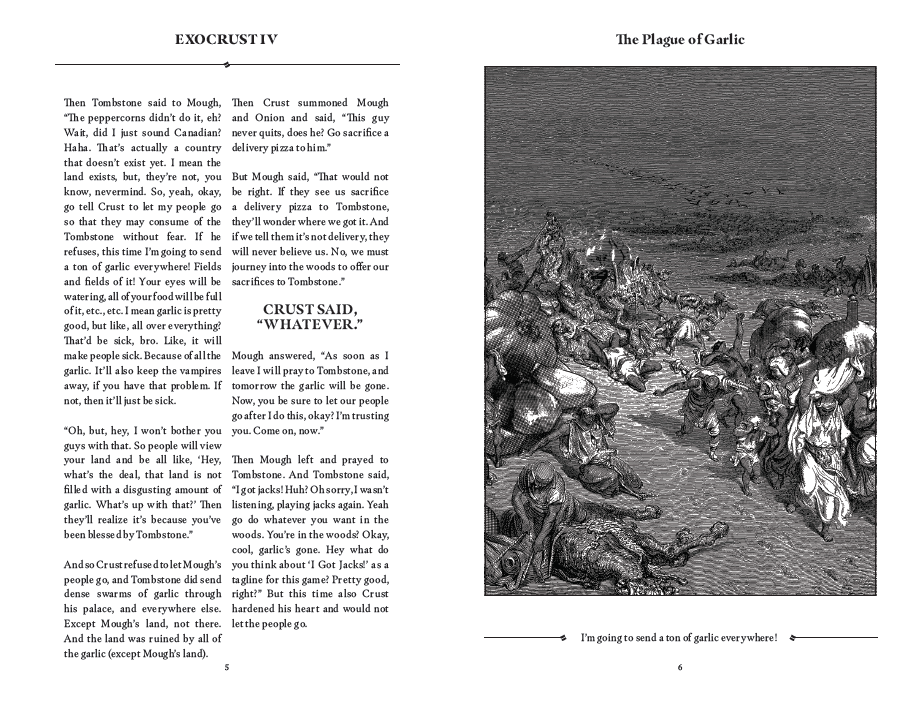 Who did the illustrations, and how did they come about?
The design was done by my good bud Robb Leef, portfolio here. We met at an agency we both used to work at and bonded over our love for very heavy metal music. I showed him this stuff and he said, “Let me design a book for you.” and I was like, “Okay.” I gave him very little direction. He’s fantastic.

What is the craziest thing you’ve ever pitched that a client actually produced?
If you look at my portfolio (please everyone look at my portfolio), the “Dietz Nuts” spot might pop out because, well, the entire thing is a balls joke. But, same client, I think the thing we did for them last Super Bowl, “Deli Deli,” was pretty crazy: an eight hour live event of a Medieval deli where we took actual orders on air. That was a ton of work and I (and everyone) had to wear multiple different creative hats and it’s probably the most fun I’ve had so far in my career.

What about the best idea that never happened?
Lots and lots of scripts that never happened, but one idea that I continually pitched to my former bosses was Ham In a Hole. We had a brand out at Philadelphia Eagles tailgates who sold, and I wanted people to have to toss a ham through a hole, and then you win that ham. Okay, maybe not really my best idea, but dammit, it makes me laugh. 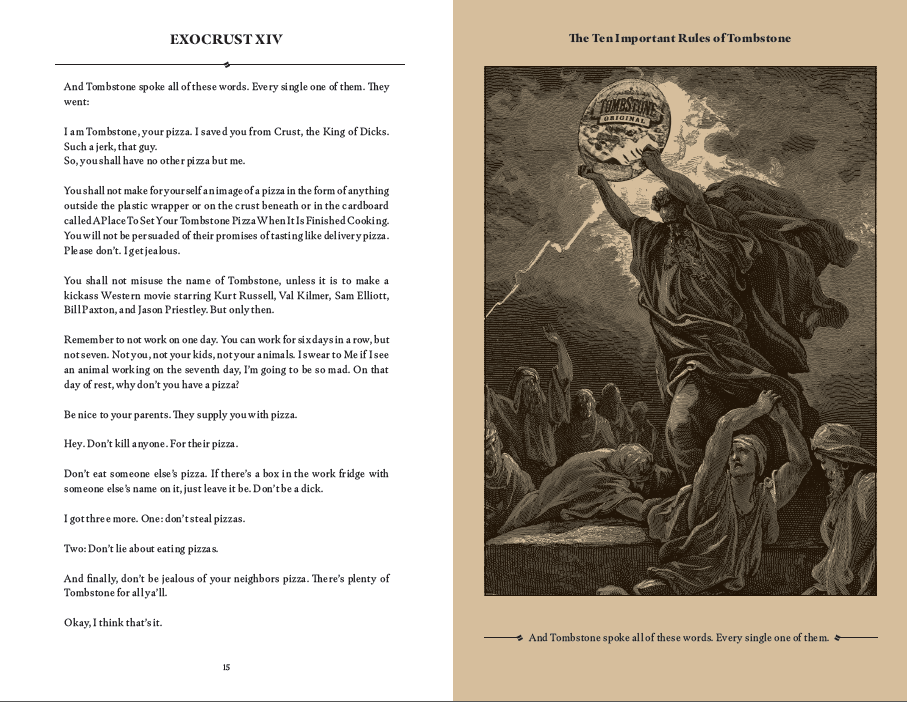