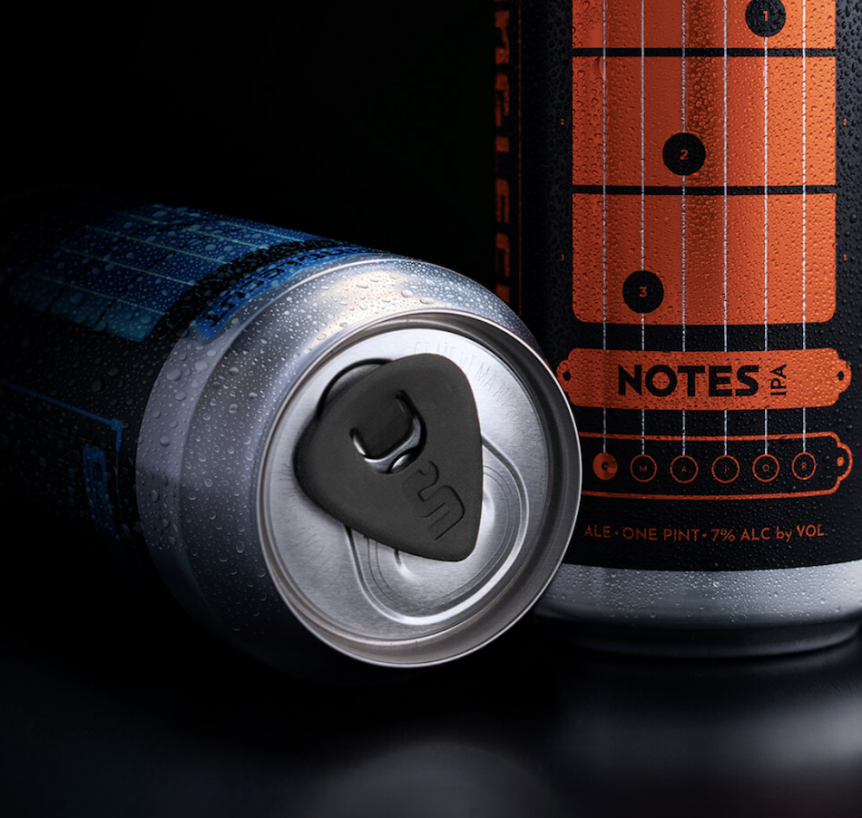 Ever have a couple beers and think you could play guitar? A new brew can now make that fantasy a reality, with beer brand SingleCut’s new Notes IPA.

Toronto agency Zulu Alpha Kilo has developed a campaign that puts a pick and basic chords right on the can. In fact, every detail of the beer’s packaging and user experience was designed to get consumers to pick up the guitar and actually play it without sounding like a cat caught in a vacuum cleaner.

The pull tabs on cans of Notes IPA have been fitted with a custom-made guitar pick that not only opens the beer, but also pops off to be used with your guitar. A four-pack of Notes IPA also comes with four different labels, each displaying a basic guitar chord: C, D, G or E-minor, so when you grip a can of Notes IPA, the can mimics a guitar fretboard and teaches you finger positions for one of the chords.

Beyond the chords, each Notes IPA label also includes a Snapchat code that unlocks an augmented reality guitar lesson right on the can. By activating this experience, consumers can hear how basic chords should sound, see how a fretboard should be gripped and even create original guitar licks to share.

“Whether you’re crafting a great IPA or a piece of music, it all comes down to the notes,” Rich Buceta, founder and head brewer of SingleCut Beersmiths, said in a statement. “This beer innovation has been two years in the making and we love that Notes IPA can now inspire our fans to learn guitar or even become the next Jimi Hendrix.”

Zak Mroueh, founder and chief creative officer of Zulu Alpha Kilo, added in a statement: “Notes IPA is the purest distillation of what the SingleCut brand is all about: craft beer and rock ’n’ roll. Even if you’ve never touched a guitar before or you’re one of the all-time greats, this beer speaks to the guitar hero in all of us.”

In a video explaining the campaign, Buceta notes that even if you just learn the four chords on the cans, and nothing else, you can still play plenty of songs, including nearly the entire AC/DC catalog.

As part of the campaign rollout, SingleCut is sending custom-made cases of the beer to some iconic guitarists, including Jack White and Robbie Robertson of The Band.