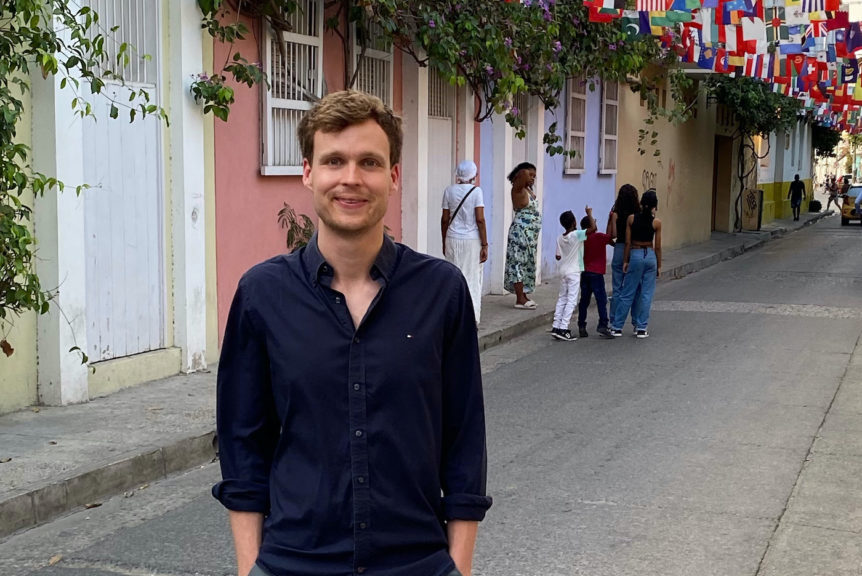 Taking a vacation to a new city or country isn’t the same as living and working there. Sure, you get away from home, but you don’t really immerse yourself in the culture.

The&Partnership aims to change that for its employees with a “Work From Anywhere” program. The new option lets employees take a week each year to work from any locale of their choice. It will subsidize them with $1,000 but ultimately lets them choose where they go. The goal is to encourage and support employees in exploring new places and perspectives—and it reflects the agency’s embrace of the idea that remote work doesn’t always have to mean working from home.

A jaunt to Colombia as a program catalyst

The idea for the program came from one of the agency’s employees, Cameron Milne, the director of new business, who was looking to take a break from New York winters but without taking time off. He decided to fly with his girlfriend to Cartagena, Colombia and work from there for a week. He worked his normal hours, since he was in the same time zone, but when colleagues commented on his new Zoom backdrop during meetings, he casually dropped that he was in Colombia. The response was overwhelmingly positive and the idea for the program was born.

“When we got into our third dark winter [of the pandemic], my girlfriend and I thought to get out of New York … go someplace climatically different and warmer and experience a bit of a different culture,” Milne told Adweek.

Since he always loved to travel and hadn’t gotten to do much of it since the pandemic hit, he started looking at options and settled on Cartegena due to its weather, it being in the same time zone as New York and had a good working culture, meaning there were co-working facility options so he could have a separate work space to go to each day.

“I would be speaking to Andrew or leading new business pitches and people would be like, ‘oh, you’re in a different office today.’ There’s no way to tell the difference. And by the evening, I was salsa dancing and eating ceviche,” Milne said.

Spurred on by Milne’s successful business travel, The&Partnership’s agency decided to create a formal program to allow other people to do the same. There are some stipulations, however. Employees have to have been with the company for at least a year and they need to be able to have a good enough internet connection to be able to do their jobs. Otherwise, they are free to explore and work, which is part of the WPP agency’s focus on being brave and trying something new.

That led the agency to think about its remote work policy and how it would be brave to have its employees go out and explore new places, experience the culture and see what it’s like to work with other people in a new city.

Having Milne’s experience as a case study will help encourage others to do the same—and he has sound advice for those looking to take advantage of the new option.

“My advice would be, make sure you’re in the same time zone. The second thing is, make sure there’s a good infrastructure—I’d recommend South American cities or even up into places in Canada,” he said.

Bailey and Milne hope that the new program inspires people to get out of the rut of day-to-day work and pushes them into a different headspace. Bailey also thinks it could give The&Partnership a leg up in a highly competitive job market.

“It’s a much more interesting position to take, especially as we look at attracting talent as we grow,” said Bailey.

So far, the program is just for the employees at the agency’s New York office, but they are hoping it can catch on in other markets, since it gives people a new outlook on work life.

“It gives you the perspective of ‘wow, I can navigate a new culture, I can navigate a working environment, I can be self-sufficient.’ It fills you with a sense of self confidence and inspiration that just holidaying doesn’t give you—and I’m really glad that agency is going to benefit from it,” said Milne.