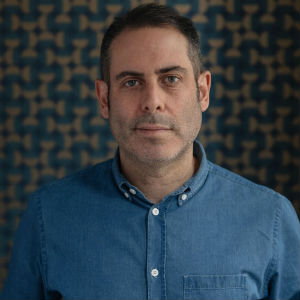 The&Partnership hired talent away from Droga5 for the second time in under four months.

“Justin is an adept storyteller with incredible range. He uses humor and empathy to engage the audience, and technology to meaningfully connect across multiple mediums,” Fischer said in a statement. “We have strong momentum around our model and Justin will play a key role building on that success, setting the tone and vision for our creative ambitions in New York.”

“The&Partnership has built a team of really smart people with expertise in a number of areas including media and data,” Ruben added. “I’m excited to be a part of this new model and create culturally influential work that has a positive impact on our clients’ business.”

Ruben spent the past four years with Droga5, where he served as a group creative director and led the agency’s Kraft, Diet Coke, Chase, Philadelphia Cream Cheese and Ancestry accounts. His efforts on new business ventures contributed to the agency winning the Chase and Trident gum accounts. Prior to joining Droga5, he spent nearly four years as a creative director with BMF Advertising in Australia, working with Unilever, Lion Nathan, George Weston Foods and FFA. Earlier in his career, he spent two years as a senior creative with BBH New York, working on Axe.