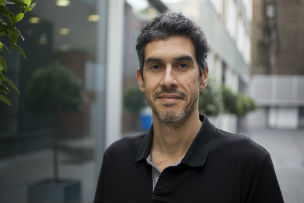 The&Partnership won lead creative duties in Europe for Toyota last November, tasked with creative, digital and content marketing responsibilities and subsequently opened up a dedicated hub for the client.

Moreira joins The&Partnership from Havas Worldwide London, where he has served as global creative director and head of art since 2011, working with brands including Chivas Regal, Peugeot and Huawei. Before joining Havas he spent three years with Albion London, serving as creative group head and creative director. He has also spent time with agencies such as BBDO Portugal, Y&R Portugal and 180 Amsterdam and worked with clients including eBay, Sky, Sony Epson, Nissan, Hyundai and Santander.

“We’re thrilled Andre has joined our team. He’s a brilliantly original thinker, an obsessive perfectionist and a thoroughly top bloke. We’re lucky to have him on board,” The&Partnership partner Nick Howarth said in a statement.

“The operation that The&Partnership is building for Toyota and Lexus is truly progressive and an incredibly exciting project to be part of. It’s a real hybrid of a network – part agency and part in-house team – all with a genuinely innovative data-driven approach at its core,” Moreira added. “I’m proud and excited to be a part of it – and look forward to proving that this new way of doing things really can lead to ground-breaking work.”