NEXT:Tuesday Stir
PREVIOUS:Animations Voiced by Bono, Penelope Cruz and Others Show the Importance of Mass Vaccinations 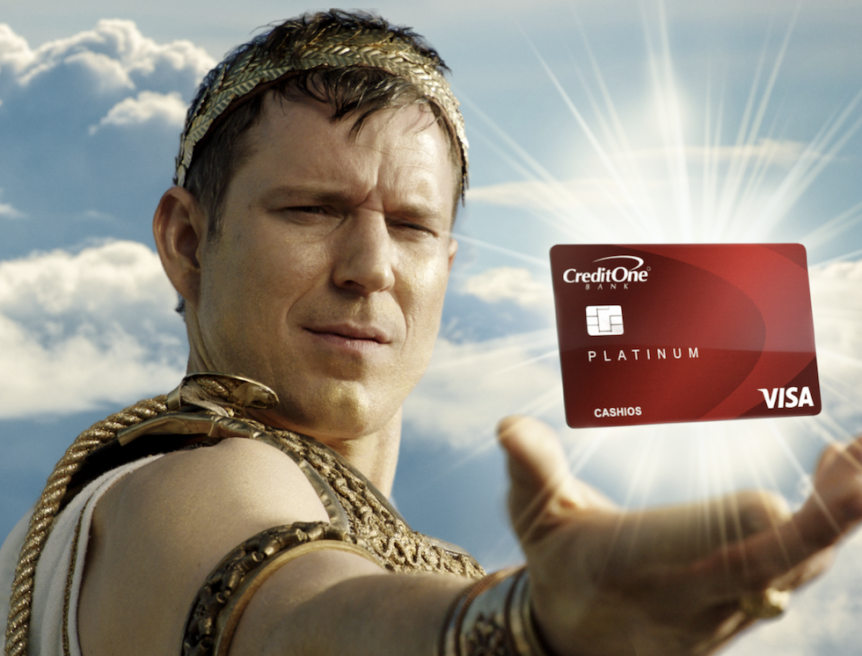 We haven’t seen much work from Dallas agency The Richards Group since the controversy surrounding Stan Richards last year, resulting in Richards leaving the agency he founded and longtime agency veteran Glenn Dady taking on full responsibility of agency operations. This week the agency forges ahead with a new campaign for Credit One Bank featuring featuring a “spokesdeity,” aimed at the bank’s credit card customers.

The ads feature a Roman-style god named Cashios, who magically appears and chants at befuddled consumers in theatrical pomp about the rewards of the card and how to use it to get cash back. The “Life Ever Rewarded” campaign will apparently feature additional spokesdeities as future Credit One Bank products and rewards are unveiled.

The campaign is running on national and regional television, streaming platforms, and digital and social media, with the characters also integrated into Credit One Bank’s sports, entertainment, and charitable initiatives.

The campaign’s debut spot may not make the biggest splash creatively, but it is notable for The Richards Group’s reentering the creative conversation and offers the agency and brand a platform to build on.

Last October 88-year-old The Richards Group founder Stan Richards created big brand blowback to his independent agency when he remarked that a Motel 6 campaign was “too Black.” Clients, including Motel 6, the Salvation Army and Home Depot, quickly discarded the agency, resulting in Richards stepping down and Dady taking over as CEO.

Dady is working with strategic management consultancy Do What Matters to help turn the agency around with what Dady called “a chance to reinvent ourselves. That effort is very much a work in progress”—the agency’s Twitter feed says “We’re evolving. Stay tuned for more.”

While we’ll have to refrain from switching channels as we await more news on The Richards Group’s attempts to reinvent its culture to become a more diverse and inclusive shop, the new campaign from the independent shop suggests the agency has also been quietly plugging away on the work.