So it’s agency holiday card time, and every creative shop, production company and even PR firm in the country seems to have its own offering. (The latter usually gets a “sorry, we just don’t cover you guys directly” response, even if they do marketing too.)

If you’ve been following these for a while, you know that The Richards Group is usually in the mix with a different take each year ranging from holiday “talking stuffers” to cat videos, a call for optimism and even a little tribute to a certain trade publication. 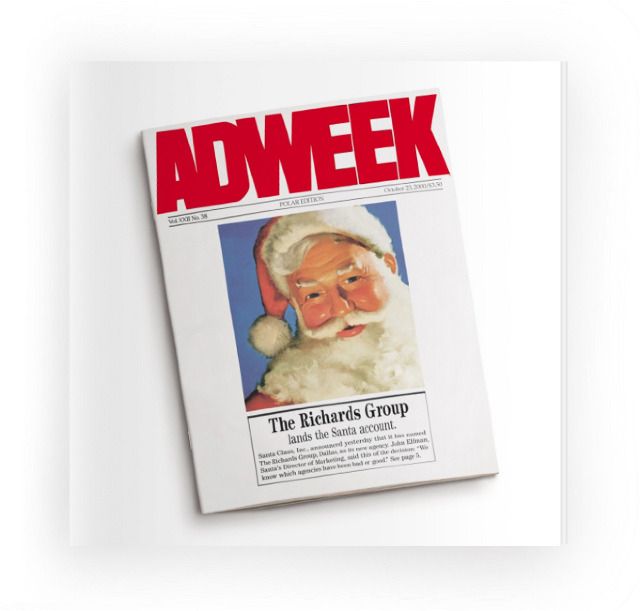 This year, the agency got a little edgier with a card that had a very specific theme: our current president and his many now-familiar not-quite-witticisms.

We should note that not all the references were Trumpian. There was a very punny sharing economy joke. 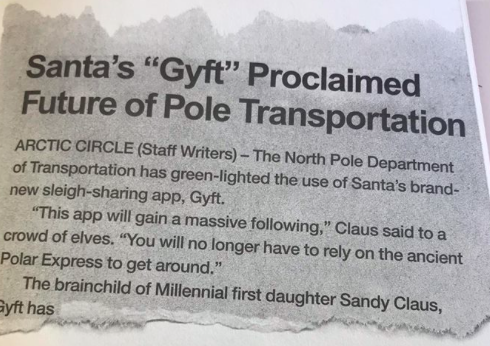 …and a reference to longtime client Home Depot’s work on the energy efficiency front. 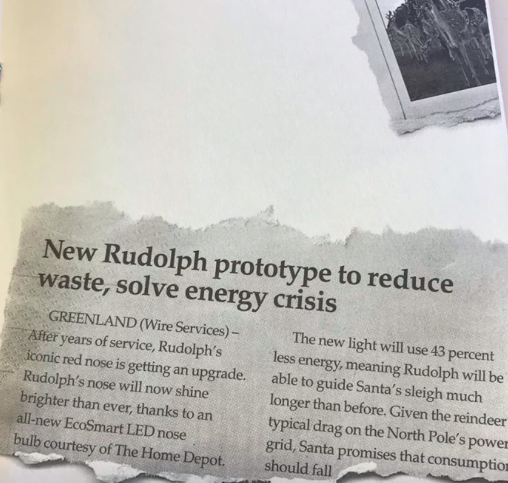 But most of the clips we received were very distinctly The Donald, most obviously this cover here. 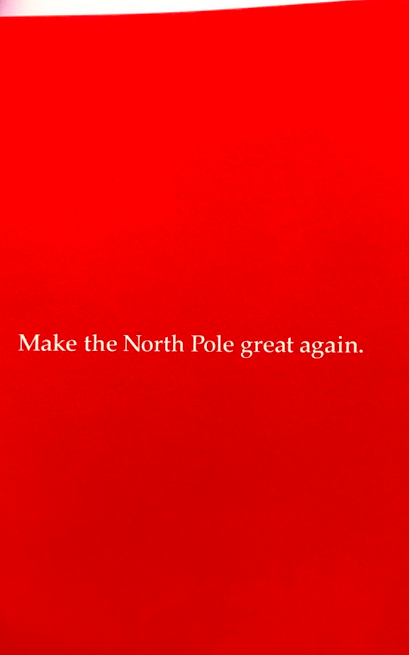 Then we have a couple of his better-known pieces of copy, including this one about a new lack of faith in Christmas magic. 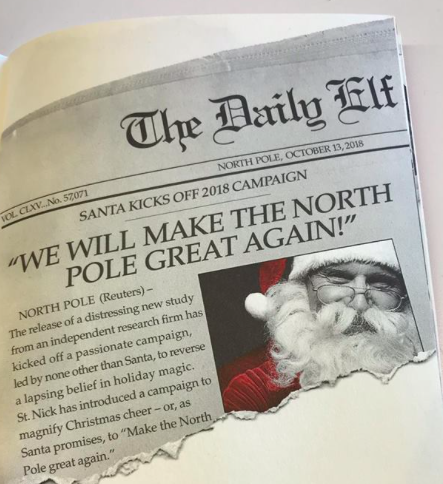 Here he is connecting our two favorite Christmas villains on a bipartisan tour to promote national pride, winning all the way. 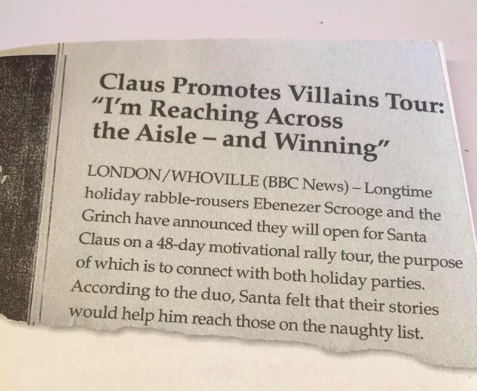 Finally, a more ambiguous entry about reparations for Misfit Toys. 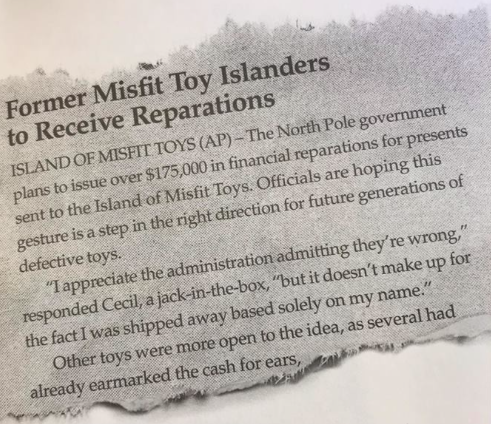 We must admit that we’re not quite sure which recent news event this one is referencing. Last week did see a report in the San Diego Tribune about members of the infamous migrant “caravan” of individuals from Central America demanding to either receive asylum in the U.S. or be paid “reparations” if the administration forces them to return to their home country, which in this case is Honduras.

Not quite a precise fit here, though.

One person claimed the holiday card received a mixed response from at least a few of the agency’s 700-plus employees.

A Richards Group spokesperson said that its cards “often parody the current news, social or cultural climate” and acknowledged that some employees were concerned that this year’s entry could potentially “strike the wrong note” with clients or others in the industry. Upon hearing those concerns, the agency stressed that each employee could “send something different if that felt like the right thing to do.”

One truth we have learned over the past 20 years or so is that referencing a president never seems to unite anyone until he’s out of office and content with painting dogs or building houses down south or wearing those little vests that Bill Clinton seems to like so much these days.