The Richards Group debuted its first campaign for the Cayman Islands Department of Tourism, after being named agency of record late last year.

“Dream in Cayman” showcases the natural beauty of the island with a surreal approach blending together different natural elements.

In the 30-second spot, “Flower Divers,” for example, divers make their way through a reef-like underwater landscape of colorful flowers to the tune of a rendition of “Beyond The Sea” by Caymanian musician Sarah McTaggart.

The 15-second “Blue Iguana” swaps in a giant iguana and jumping manta rays. The approach allows The Richards Group to highlight different elements of the island in a visually interesting way designed to pique viewers interest, but the ads may also prove easy to tune out, especially upon repeated viewing.

The Richards Group worked with husband-and-wife photography team Miss Aniela and underwater photographer Jason Washington on the campaign, which also includes online visual elements. “Dream in Cayman” will continue to run on broadcast, digital and the Department of Tourism’s social channels throughout 2019.

“The unexpected beauty, unique encounters with nature and polished service of the Cayman Islands truly set it apart from other islands,” The Richards Group creative director Ron Henderson said in a statement. “The ‘Dream in Cayman’ campaign was designed to create a place full of whimsy and charm and mystique that feels less like destination advertising and more like a luxury fashion brand. The best fashion ads leave a lot unsaid but do a wonderful job of compelling you to buy into the brand and embrace the lifestyle.” 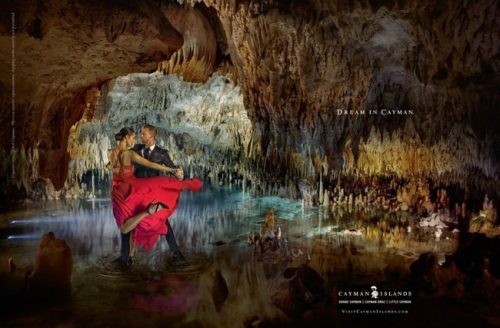 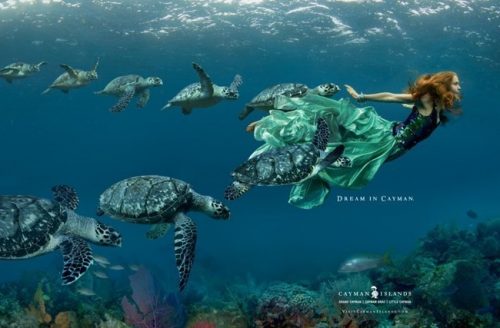 (PRNewsfoto/Cayman Islands Department of To)