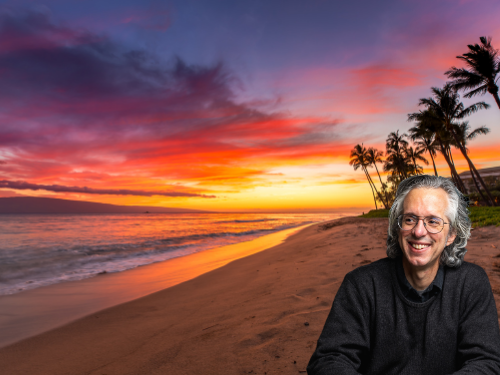 Today in news we have many feelings about, Adweek editor, AgencySpy contributor and voice of Heineken Doug Zanger is joining The Martin Agency’s cultural impact lab as director of brand purpose.

Zanger will begin the new role on March 16 but is departing Adweek after this Friday, leaving us to nurture the empty space in our hearts over the weekend. He will report directly to Jaclyn Ruelle, svp and managing director of The Martin Agency’s Cultural Impact Lab. He will remain based out of Portland, Ore., and you will never get him to leave.

“When Martin says this agency is out to fight invisibility, we’re not here to make small moves—we want purpose-filled creativity to flourish,” Ruelle said in a statement. “I know Doug Zanger can help us rise to the level of our ambitions with journalistic rigor and tenacity.”

“Living within the Cultural Impact Lab, our Brand Comms team set out to make the Martin brand its own best case study in 2020,” Ruelle added. “We’ll continue to do that by adding relentless forces for good to our roster to cultivate the most beloved and talked-about brands in business.”

In the new role, Zanger will act as a bridge between internal teams and brand marketing leaders and be responsible for bringing forward insights and stories to the marketing industry and elsewhere. In the evolving role, the agency plans to tap into DEI, sustainability, climate justice, innovation and other purpose-led opportunities, including operationalizing custom programs and partnerships for the agency.

In addition to his role at Adweek and on this here blog over the course of the last three years or so (we’ll skip the overview of his accomplishments during his tenure because praise makes him very uncomfortable), Zanger has also taken on advisory board and instructor duties at the University of Oregon Master’s in Advertising and Brand Responsibility program. He also sits on the board of ThinkNW, a regional marketing advocacy group focused on the Pacific Northwest.

“The fact that one of the leading agencies in the world understands the power of true actionable purpose holds such promise for the future,”  University of Oregon Carolyn Chambers Distinguished Professor of Advertising Deborah Morrison, PhD, said in a statement. “That’s leadership, courage, dedication to social good—and change agentry.”

“Placing Doug Zanger front and center in connecting sharpened purpose to multiple audiences makes sense,” she added. “His voice has always been focused on how we make sense of the world and do good within it.”

According to a statement, Zanger cites a 15-year stint in radio as a catalyst for his commitment to DEI efforts.

“I was very much a beneficiary of being part of a diverse team, with Ebro Darden [Hot 97 and Beats 1] giving me my first legitimate gig as his morning show producer in Portland over 20 years ago,” Zanger said in the statement.