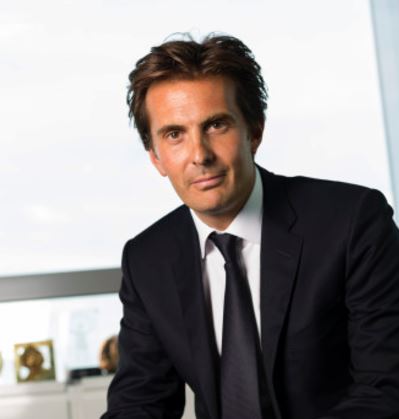 Vincent Bolloré, the chairman and CEO of the investment group bearing his name, announced during yesterday’s earnings call that the chairmanship of Vivendi, the French media giant behind Universal Music, Canal, Daily Motion and other properties, will soon pass to his son Yannick Bolloré.

You may know him, of course, as the chairman and CEO of Havas Group.

And you may also recall that it was Yannick who last summer approved Vivendi’s plan to buy out his father’s 60 percent stake in Havas for $2.5 billion.

After a brief preamble where Bollore Pere announces it would be his last AGM, and recounts an anecdote about Louis XIV waiting too long to pass control to his son, he revealed the board and corporate governance committee would vote on the nomination shortly.

While attendees start to applaud, the camera cuts to a grinning Bollore Fils as the father says he hopes to remain “advisor” to the board. Almost as an afterthought, he tells the room: “We’ll keep you updated as to whether Yannick is confirmed or not—it’s not a done deal.”

Except that it was a done deal, because three of the company’s four board members were appointed by Vincent (including the man himself).

Bolloré junior and senior have long teased the press about their plans to create one big media and marketing company. And it’s worth noting that Financial Times describes Vincent as the French media equivalent of Martin Sorrell—”one of France’s most fearsome corporate raiders” who organized several hostile takeovers.

And this is the end of an era for sure. But what does it all mean for Havas?

Elsewhere, the strategic logic of the 3.9 billion euro acquisition of advertising group Havas SA, bought from the Bollore Group, has at best been poorly explained. Viewed less charitably, you could say it’s the interests of the family coming way before the interests of Vivendi’s other shareholders.

Of course, Vivendi and Havas have long shared common interests and leadership. Dominique Delport, who held executive positions at both companies, recently went to Vice.

We asked the group whether Yannick’s added responsibilities would affect his day-to-day role in managing the many offices within its network (which is not publicly traded, therefore cannot be called a holding company or compared to WPP).

Carry on as before, then.