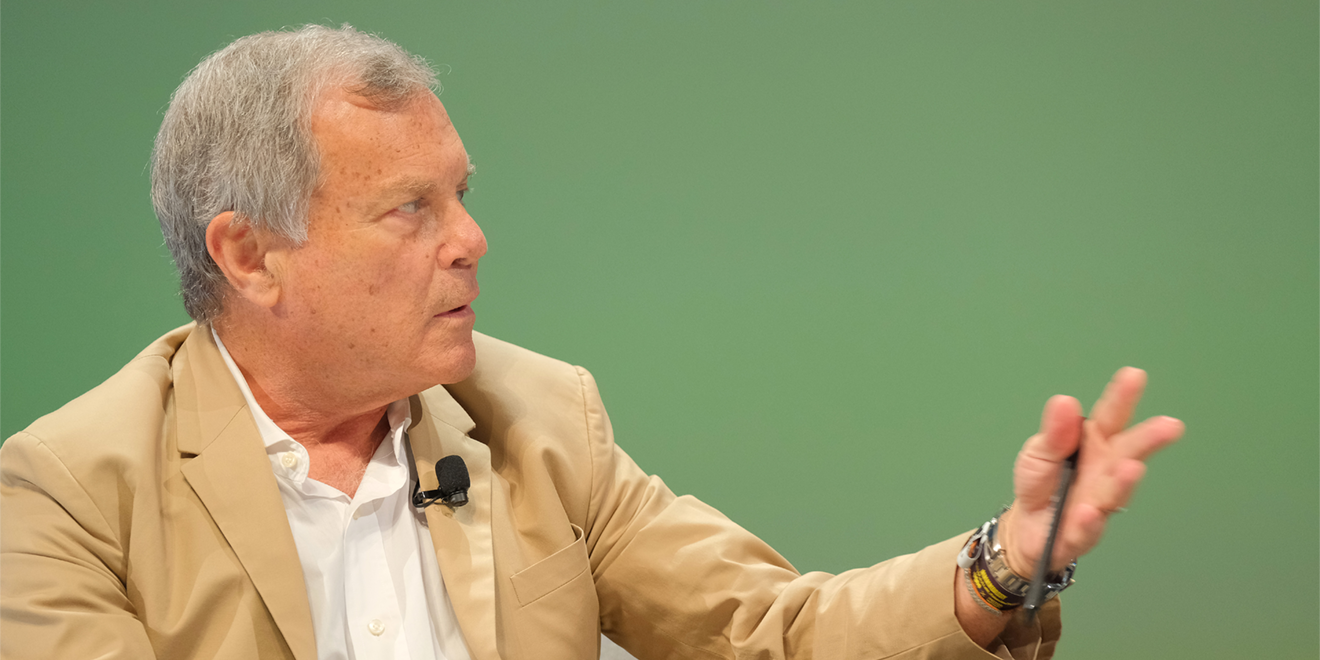 Everyone loves some advertising and marketing jargon. It’s a nuanced language, unto itself, that has increased the IQs of thousands of people toiling in the industry. Who could have forgotten the importance of “Big Data” in 2004? Or “monetization” in 2000? We should also canonize the person who invented “at the end of the day.”

Of course, we’re not being serious. Many a bullshit bingo game has been created for advertising-centric events, and there seems to be no stop to the turgid, mindless word poops that come out of peoples’ mouths.

As a public service of sorts, AgencySpy is collaborating with the inimitable Dong Draper (you remember him, right?) and fab London-based copywriter Vikki Ross (hire her, if you know what’s good for you) on the buzziest of words and phrases you should know in 2020.

See you in Cannes! Or Dmexco. Or whatever.

Microdose (or variant)
Definition: Enjoying a wee bit of cannabis, usually in the form of an edible.
Usage: “Another pitch meeting? Here comes the microdose.”

Full-Wieden
Definition: When a client allows good work.
Usage: “We thought the client would reject this. Instead, they let us go Full-Wieden.”

Goodwinning
Definition: Publicly sharing marketing musings that may or may not make sense/be relevant to anything.
Usage: “I thought people would want to know about AI and bass fishing, but it felt like I was Goodwinning there.”

Maker Magic
Definition: When someone creates something other than a TV ad.
Usage: “You made a guitar out of Tillamook cheddar? And it actually works?! That is some Maker Magic!”

Experientialrific
Definition: More than just an experience.
Usage: “That pop-up DIY vegetable pickling idea you came up with was experienialrific.”

Cannesplaining
Definition: When a creative director takes it upon themselves, for some reason, to break down a campaign’s brilliance for us plebeians. Typically takes shape as a LinkedIn post.
Usage: “I’m tired of having Fearless Girl cannesplained to me.”

Awwthenticity
Definition: The trend of purpose-driven ads purpose-built to tug at our heartstrings. The hallmark of an awwthentic ad is not remembering the brand behind the spot.
Usage: “The awwthenticity is off-the-charts for that… Honda? ad with the two young girls who grow up and fall in love.”

First Trap
Definition: An idea whose entire hook is that it’s the first time something has been done.
Usage: “The Cheetos-scented laundry detergent VR vending machine activation is a total first trap.”

Chadvertising
Definition: Advertising made by Chads, for Chads.
Usage: “Bro, sometimes I just go on YouTube and watch those old Carl’s Jr. ads on loop. That was the Golden Age of Chadvertising.”

Aviationanigans
Definition: When a brand tries to pull off its version of Aviation’s proactive Peloton ad.
Usage: “Did you see Trump’s tweet about P.F. Chang’s? I feel like it’s a perfect opportunity for some Aviationanigans.”

Word Bloat
Definition: Adding more words than are necessary.
Usage: “What’s with the word bloat? You don’t need to put all of that in there, Chapin.”

The _______ of cannabis.
Definition: This is a wildcard. One can throw just about anything in the blank to make this work. Try it.
Usage: “SpliffWorld will be the Uber Eats meets the Bed, Bath & Beyond of cannabis.”

Sorrelled
Definition: When your agency is acquired by S4 Capital.
Usage: “I’m not sure how I feel about being Sorrelled like this, but at least we can pay the bills now.”

Tik Talk
Definition: When the agency strategist randomly blurts out, “We should be on Tik Tok!”
Usage: “Why does Brandon keep Tik Talking when we’re only averaging three likes per post on Instagram?”

Issue Meeting
Definition: When the account team wants to discuss the issues they have with the client brief.
Usage: “Let’s raise that in the Issue Meeting.”

Physics Meeting
Definition: When the account team wants to know what planet the client is on.
Usage: “Let’s set up a Physics Meeting for a sanity check.”

A.Idea
Definition: When the only answer is artificial intelligence.
Usage: “Now that’s an A.Idea if ever I heard one!”

Unnovation
Definition: When the client thinks they’ve come up with something totally new and transformative, but the Futurists shut them down.
Usage: “Sorry, Frank, that’s an unnovation.”

Oneovation
Definition: When an agency makes just one thing (e.g., a prototype, usually ridiculous) that looks cool but is meant to be awards and/or press bait.
Usage: “No one can use a snack catapult, but it’s some dope Oneonvation. Here come the Lions!!”

Snactionable
Definition: When the action is bite-sized.
Usage: “Pop that in your Snactionables.”

Dreadline
Definition: When you know the deadline will be outrageous and you dread hearing the words come out of the client’s mouth
Usage: “Hit me with it, when’s the dreadline?

Tokpreneur
Definition: When the intern leaves the agency to create a Tik Tok-focused start-up.
Usage: “Have you met Casper? He’s a Tokpreneur.”

Growth Slacking
Definition: When all ideas are scaled on the client Slack group.
Usage: “Our Growth Slacking is looking strong this quarter [of the day].”

Feel-Time Engagement
Definition: When interaction with consumers is measured by their emotional reactions.
Usage: “We measured feel-time engagement and found a highly emotional response rate.”

Remarketing
Definition: When results didn’t deliver the required ROI, and we try again.
Usage: “Let’s see how that all looks on the Remarketing Plan.”

Inbox Hero
Definition: When Todd in accounts fills your inbox with email after email of potentially award-winning creative ideas.
Usage: “Incoming: Inbox Hero! What a guy!”

Juke Box Hero
Definition: None. It’s a song from the 80s.

Of course, we’re probably missing a few. Please feel free to send your additions to the top box in the upper right corner of the AgencySpy site or send ‘em on over to agencyspymail@protonmail.com.