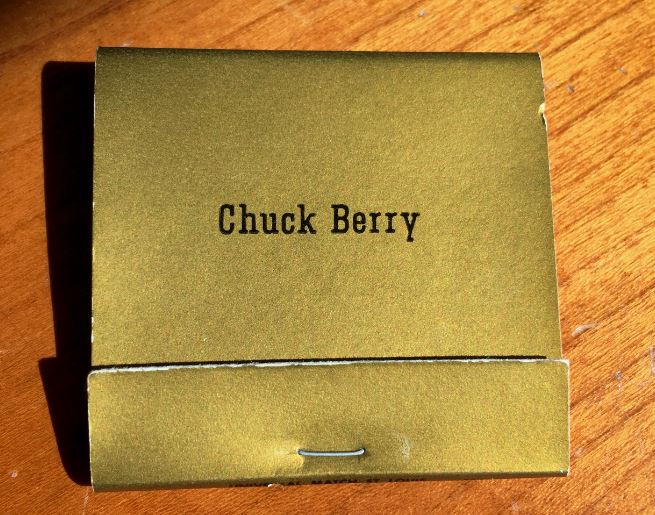 This is a guest post by Steve Landsberg, co-founder and chief creative officer at New York independent agency Grok.

Hey, let’s take Chuck Berry’s song “No Particular Place to Go” and show a GTI driving all over the place! We changed the opening lyrics to “Driving around in my GTI, my baby sittin’ by my side.” The client loved it.

Around this time, I saw a rock and roll documentary on TV featuring Chuck Berry. He was going through hard, lean times, playing small clubs with local house bands. He was a solitary and bitter guy, resentful of the music executives who ripped him off and of not making the big money like the many bands so heavily influenced by his music.

Meanwhile I was thinkin’, maybe we could get Chuck Berry to re-record his own song. He could use the money. And why go the typical route and pay studio musicians to imitate Chuck Berry if we can pay the real Chuck Berry?

Ain’t got nothing to lose.

At DDB, some folks thought he’d never do it. But persistence exceeded resistance. Calls were made. Negotiations were made and remade. A deal was struck. It would be Chuck berry’s first commercial.

It goes to show you never can tell.

The deal was $15,000 cash. We had to record in Chuck Berry’s personal studio on his compound in Wentzville, Mo. There would be no autographs and absolutely no cameras.

We flew way out to St. Louis, drove 30 minutes south, and arrived at a driveway marked by large granite headstone engraved with the words Berry Park. The long, winding driveway led us to a modest ranch house that looked a little worse for wear. Dogs barked as we grabbed our cameras and Charlie reminded us, in no uncertain terms: “NO CAMERAS.” Then Chuck Berry came out to greet us.

I got the wiggles in my knees.

After our awestruck hellos, Chuck directed us past two small in-ground swimming pools, half filled with dark water and dead leaves, to a large building across from his house that was used as a local night club. This, too, had seen better days. Inside was a low stage surrounded by tables and chairs, a bar, and a jukebox. The group followed Chuck into his side studio, but I hung back because I just had to see the songs on Chuck Berry’s jukebox.

Chuck’s daughter Ingrid and her boyfriend arrived (he played rhythm guitar). The piano player showed soon after, but the drummer was a no show, so, Ingrid’s guitar-playing boyfriend took his place. Then we discovered the studio’s 24-track system had about four working tracks.

Chuck and his band reviewed the 30-second musical arrangement and started warming up. After a little rehearsing, Chuck walked straight over to me and said, “I need a little chord to get the song going. Is that cool?” I still can’t believe the King of Rock ‘n Roll asked me for permission to adjust his own song. “Yeah sure Chuck,” I stuttered. A few more takes followed, but then some equipment broke down—and while it was getting fixed, Chuck started jamming. No Particular Place To Go flowed into Nadine then Roll Over Beethoven and more. Chuck even did his signature duck walk.

It’s such a sight to see somebody steal the show.

Then the equipment was fixed and our private show ended. “OK, boys, let’s play for money,” Chuck said, and they played a few more takes. Berry wasn’t happy with the drummer, so during a break he casually drifted over to the set and started tinkering. “Hey, lay one of these down,” he called to the guys in the booth, and played what would become the drum track. Then he did the same thing on piano, and after a few hours of sheer jaw-dropping joy, we had what we needed.

Well, I looked at my watch and it was time to go. The bandleader said, “We ain’t playing no more.”

It would have been the end of a perfectly wonderful and crazy day…but it got even better. Chuck asked, “Would you all like to come inside for a drink?” Yeah, we all said, squeezing around Chuck’s kitchen table while his two female assistants prepared his dinner of spaghetti with tomato sauce and a side of peas.

“I don’t drink anymore, but they keep giving me these,” he said while holding a cardboard box filled with an assortment of airline liquor bottles. I took a vodka (maybe two). He also gave us gold-colored souvenir matchbooks with “Chuck Berry” written in black type. We drank and watched him eat. “Chuck, eat your peas,” scolded one of his assistants. He finished and asked, “Would you like a tour of the house?” as we all thought, “Are you fucking kidding me?” and responded with a polite chorus of yes and thank you.

Too much monkey business for me to be involved in.

Last time I saw Chuck Berry he was waving me goodbye. “I’ll see you in London, I’ll see you in France,” he said, playfully pointing at each of us as we shook hands, hugged, and thanked him for everything. We got back into the cars where our lonely, empty cameras had spent the day.

Stendhal Syndrome, also known as hyperkulturemia, is a psychosomatic illness triggered when individuals feel totally overwhelmed in the presence of concentrated works of art or what they perceive to be immense beauty. The effects are short-lived and do not require medical attention.

Or maybe we just had the rockin’ pneumonia.

We drove back to our hotel in silence, exhausted from sensory overload with smiles on our faces. We didn’t even turn on the radio. We were still listening to Chuck Berry.