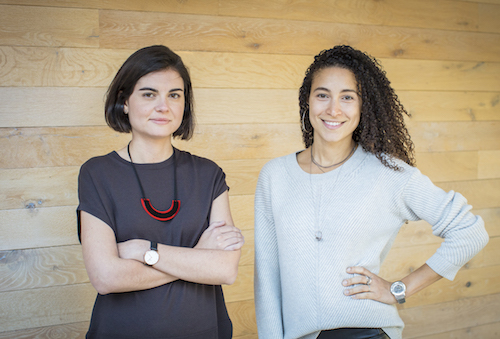 Art director Leila Moussaoui and copywriter Sara Uhelski worked together at Intel for around two years, after first meeting while both working at Pereira & O’Dell while Rizuto served as creative director. At Intel, Moussaoui was part of the team behind Lady Gaga’s 2017 Super Bowl halftime show. While at Pereira & O’Dell the creative duo worked together on projects for brands including Airbnb, Hyatt Regency, 1-800 Contacts, Purex and the Ad Council.

“Working with Leila and Sara in the past was always a great experience – they have so much to offer in terms of creativity with such unique perspectives and viewpoints,” Rizuto, who serves as TBD’s chief creative officer, said in a statement. “I feel very lucky to have them as part of the TBD team. They exemplify exactly what we have built with this agency.”

Moussaoui joined Pereira & O’Dell in March of 2013 and also worked with brands including the Skype, Pantene and Cheesecake Factory. Prior to joining Pereira & O’Dell, she spent around a year as a junior art director for Shem’s Publicité in her native Morocco.

“Very few agencies are able to seamlessly integrate social impact with creativity in a genuine way, and Rafael does that so beautifully,” Moussaoui said in a statement. “Having grown up in Morocco surrounded by countries and people in need, I feel strongly about the impact that brands can have on helping people. We have the opportunity to shape culture and the way people view the world.”

Uhelski arrived at Pereira & O’Dell in October of 2013, after working as a junior copywriter for ID\TBWA in São Paulo and as a creative intern for Digitas, following a former career as a journalist.

“I understand global clients in a way that doesn’t just focus on American culture. I am always looking to create something that is simple but relatable on a universal level,” Uhelski added. “TBD’s vision is inspiring and very in line with what I want to do – solve problems in meaningful ways. I’m excited for the opportunity to work with Rafael and Leila again, and the entire TBD team.”