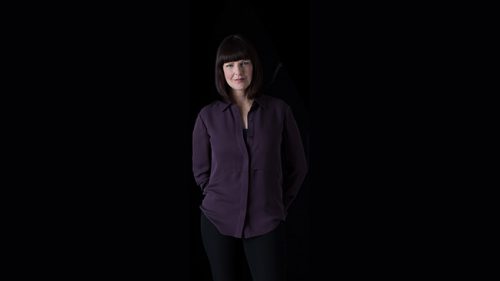 Swift co-founder and CCO Alicia McVey departed for unknown reasons over the summer.

Alicia McVey, the chief creative officer and co-founder of digital shop Swift in Portland, Ore., has departed, according to an agency spokeswoman.

The representative declined to say why McVey left, but indicated that she did so at some point over the summer. McVey has not responded to messages directed to two of her social media accounts.

“After 12 years as CCO and co-founder, Alicia McVey has moved on from Swift,” the spokeswoman said in an email. “Alicia helped build the agency and has contributed in countless ways to the success of the business, including initiating our content studio and overseeing Swift’s brand presence. We wish Alicia nothing but the best and owe her much appreciation for her passion, talent and dedication.”

Prior to McVey leaving, Swift promoted executive creative director Rick Albano to joint CCO. He will now act as the lone chief creative in McVey’s absence, according to the agency. Albano has been with Swift since 2008.

McVey founded Swift in 2007 as a “creative agency for a social world” alongside co-founder and CEO Liz Valentine. The agency’s clients include Google, YouTube, Starbucks and Adidas.

She previously served as director of creative services for VF-owned clothing retailer Lucy Activewear. Valentine was a senior digital strategist at Nike but had also served a short stint at Lucy Activewear from 1998 to 1999 and kept in touch with some of her former colleagues, who introduced her to McVey, the duo told Inc. Magazine in a 2015 interview.

In 2014, McVey and Valentine sold Swift to WPP’s Possible but remained on board as CCO and CEO.

Swift has highlighted its gender diversity efforts, even before the #MeToo movement placed a heightened level of importance on the issue. Through the release of a self-promotional 2016 video titled “We Work Best Together,” the agency touted its inclusive culture—60 percent of all employees are women, 50 percent of its creative department is female and it has 50 percent women in creative leadership positions.

The agency’s other recent leadership shifts include promoting Meredith Chase to chief strategy officer from vice president of strategic planning. Chase joined Swift in 2015 and previously was founder and principal of strategic marketing firm Guidance Counsel, which partnered with Under Armour.

In April, Swift repositioned its chief operations officer and 10-year vet of the agency, Maren Elliott, into a new role as chief talent officer. Paul Wille, former chief performance officer and president, then took up the chief operating officer role.

In June, Swift hired creative director Paul Bjork, who formerly worked at Digitas and helped produce some of the agency’s more clever Taco Bell work including “Blackout,” a 2014 stunt in which the fast-food chain wiped out all of its social media accounts to promote its app, which was new at the time.