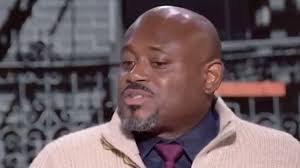 Steve Stoute said a thing. He probably should not have said that thing. He has now apologized for saying that thing.

Last month, the New York Knicks hired Stoute’s agency Translation to help the struggling (understatement) Knicks with a brand refresh, while bringing on Stoute himself as an executive advisor/rebranding consultant.

Translation entered into the relationship with plenty of relevant experience. The agency has served as creative AOR for the NBA since December of 2014 and previously worked with the Brooklyn Nets as agency of record for a campaign ahead of the 2017-2018 season.

In his new role, Stoute made his way to—let’s just call it a “spirited”—interview on ESPN’s First Take in which he implied interim head coach Mike Miller was on his way out. He also said that the Knicks would hire a new head coach for next season, following the arrival of Scott Mills replacing Steve Mills as president.

“They got some young players—you see RJ Barrett, Mitch Robinson. They got something to work with,” Stoute said in the interview. “And getting a coach in there and ultimately getting a coach and a coaching staff that’s going to help develop a team. That’s what I expect to happen so that we can actually get what you expect from a New York team.”

Of course, that’s not really his call, as the Knicks were quick to point out.

“In my excitement to defend the Knicks on live TV today, I inadvertently insinuated about Knicks personnel,” Stoute said in a statement. “I look forward to working with Knicks management to elevate the great Knicks brand moving forward.”

Stoute’s suggestion did not exactly represent the largest logical leap for a Knicks team with a dismal 17-38 record, particularly given the recent executive changes.

It’s possible he was projecting the hopes of Knicks fans for change as the franchise hasn’t had a winning season since 2012-2013. Or maybe he’s aware of such changes on the horizon and just let the cat out of the bag a little early. Only time will tell. Of course, the Knicks’ performance in the remainder of the season could certainly have an impact on the decision as well.

First Take host Stephen A. Smith defended Stoute’s comments in a subsequent segment, suggesting Knicks owner James A. Nolan was standing in the way of progress. For his part, Miller doesn’t appear to be worried.

We reached out to Stoute for comment but have yet to receive a response.