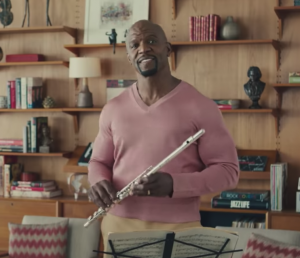 Remember when it was as simple as keeping things like a good neighbor?

Don’t worry, DDB and State Farm are definitely not breaking up. The Omnicom agency and its favorite insurance client, which have been working together since 1939, are as close as ever.

But according to our sources, State Farm is in the process of shaking up its marketing strategy for the second time in the past three years by developing a new brand positioning and tagline to replace “Here to Help Life Go Right.”

That new line, you might recall, debuted in mid-2016, after DDB Chicago successfully defended its account in a closed pitch against FCB and other unnamed shops. The creative succeeded “Get to a Better State,” which had a shelf life of 5 years. (And of course you know that Barry Manilow wrote “Like a Good Neighbor” way back in 1971, when DDB was called Needham, Harper & Steers.)

Our sources claim State Farm decided to drop “Go Right” after repeated surveys revealed that consumers were somewhat confused about its product offerings. That said, the company remains America’s top auto and property insurance provider. It also spends around $800 million on media each year at last glance.

A brand spokesperson said, “State Farm does not comment on rumors.” DDB did not directly respond to questions regarding the account. But for more proof that the two are still tight, State Farm further consolidated its advertising business with Omnicom in early 2018.