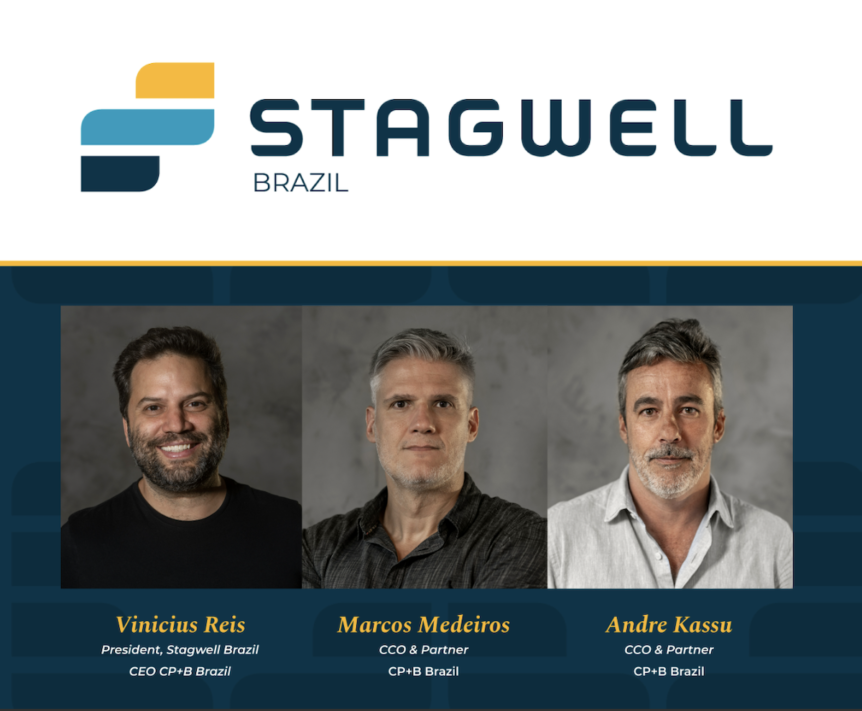 Network Stagwell has expanded into Brazil with a new global office to accelerate the company’s growth in Latin America—and drive collaboration across its local agencies and affiliate partners. It’s the second international office the company has opened in 2022. In January, Stagwell launched an office in Singapore to accommodate its growth throughout the APAC region.

“We’re excited to enter this new chapter of our ambitious global expansion, returning to a region I’ve long believed to be the front door to international expansion for modern brands,” said Mark Penn, chairman and CEO at Stagwell, in a statement. “Stagwell Brazil will be a crucial player in the LATAM marketing ecosystem as we continue to grow our best-in-class offering for global clients.”

Reis will also continue to lead operations at Stagwell agency CPB Brazil where he, Medeiros and Kassu have built the agency with clients, including Stella Artois, AB InBev, McCain, Amazon, Activision, Blizzard, Bauducco, PicPay, 99 (DiDi) and Diageo, among others. Prior to CPB, Reis served as CEO of Havas Digital and held international executive roles at DDB Miami and Lowe Worldwide.

“Stagwell’s mission to transform marketing with the power of creativity, data and technology is a powerful differentiating force in the market right now—and we’re excited to contribute the network’s growth,” said Reis in a statement. “With Stagwell Brazil, we have the opportunity to drive region-wide collaboration in service of our clients.”