NEXT:Deutsch and Volkswagen Get Busy in the Backseat
PREVIOUS:Publicis New York Tackles the Term 'Special Needs' for Down Syndrome Organization CoorDown 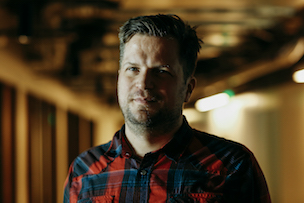 AKQA hired Mark Uttley as group strategy director out of its San Francisco office. In the role, Uttley will be tasked with leading the research and insights discipline within the agency’s brand strategy practice.

Uttley formerly served as vice president, director of global consumer insight for Spotify, a position he held for nearly two and a half years and left last September. While with Spotify, consumer insights from Uttley’s department were a crucial element of several successful brand campaigns.