Many of the (important) forms of communication around wearing a mask to prevent the spread of coronavirus veer into a more utilitarian territory. They’re pretty much up the centerline creatively, but let’s be honest—the more messages, the better, even if ad snobs consider them dull and jejune.

There are some standouts, however. In the case of Oregon, its mask ad from Wieden + Kennedy is uncharacteristically blunt. Instead of what one might expect from here (Fake rejected passive-aggressive copy: Excuse me, we would really like it if you could take a moment to find a mask and put it over your face. I realize that this isn’t something that you would ordinarily do, but it would be great if you could go ahead and do that), the ads are a yellow-tinged hammer, reminding people that they could accidentally kill someone without wearing a mask.

Down south in Los Angeles—and, unfortunately, most everywhere here—the spike in Covid-19 cases brings a renewed sense of urgency in aggressively spreading the word. Mayor Eric Garcetti possesses more nous than a good number of his political contemporaries, yet will not compromise the city’s sense of panache and style to make a point.

As such, Los Angeles launched the LA Mask Print Project, a new mask-wearing campaign where people can print three posters commissioned by the city and deliciously designed by Studio Number One, the creative agency founded by Shepard Fairey. While most of us will use the “Download to Print at Home” option for our trusty HP printer, the city’s gilded class (or people who just want them printed really nicely for shop windows, we’re not that cynical) may choose the “Download to Print Professionally.”

We joke because, you know, L.A. 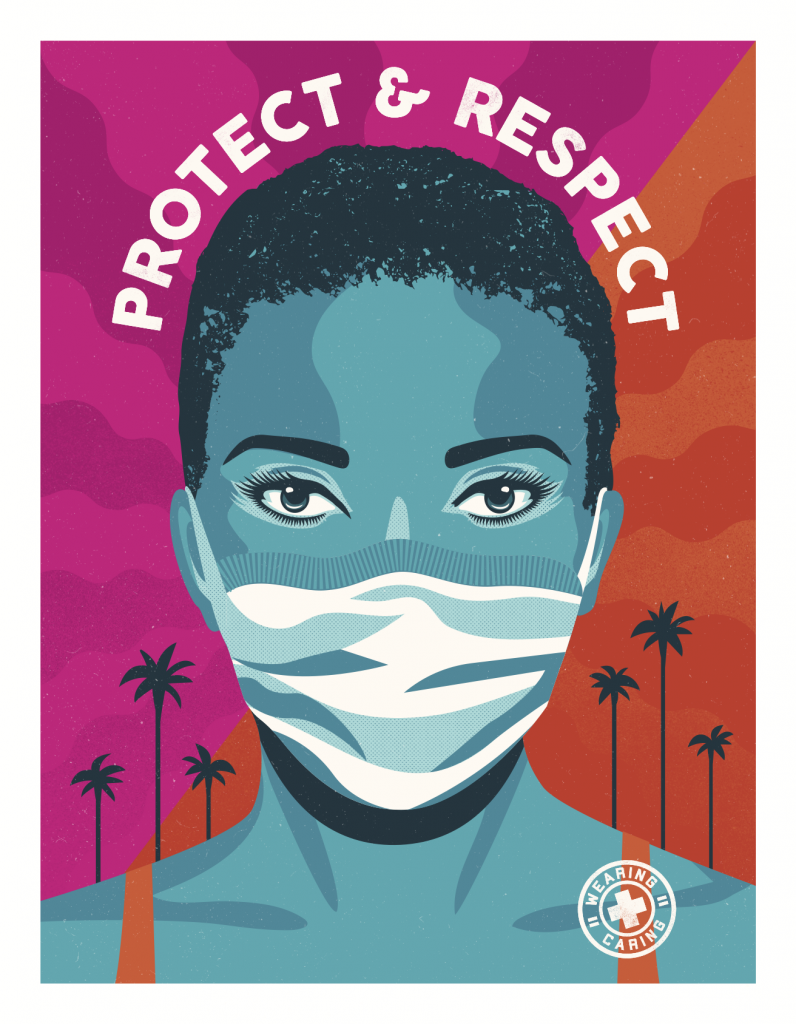 But in all seriousness, if these posters help get people on the mask-wearing train, we’re all for it. One suggestion, while it’s awesome that the first three are in English and Spanish, a good phase two would be to expand to some of the other languages spoken most frequently there like Chinese, Tagalog, Korean, Armenian, Vietnamese, Japanese, Russian and others. 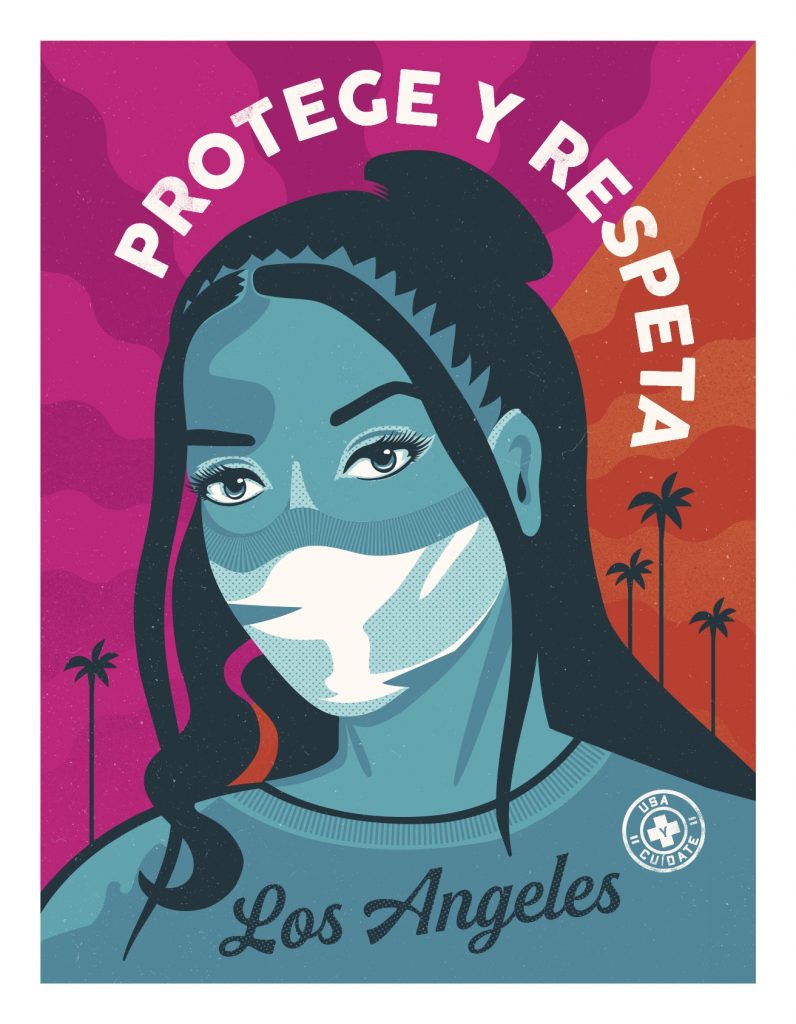 The good news is that, in fact, this program is expanding, with additional artist collaborations coming soon. And if you’d like to participate in the campaign to, as Garcetti’s site reads, “use public art for the public good,” you can get in touch.

In the meantime, enjoy your posters. 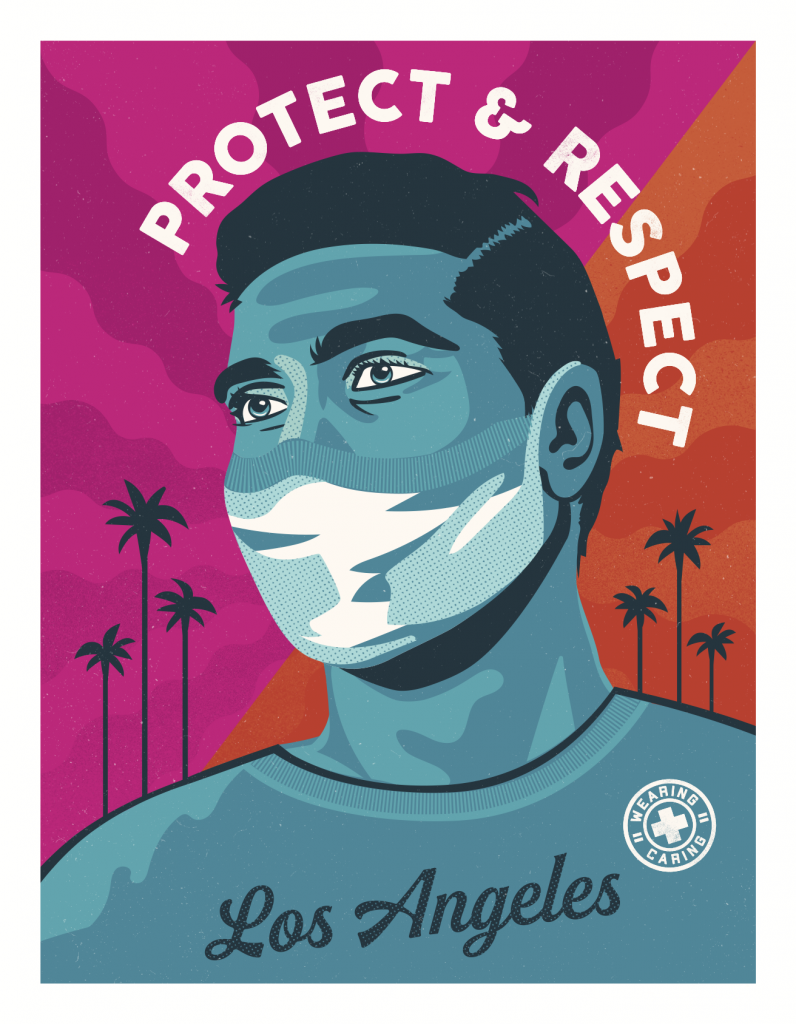