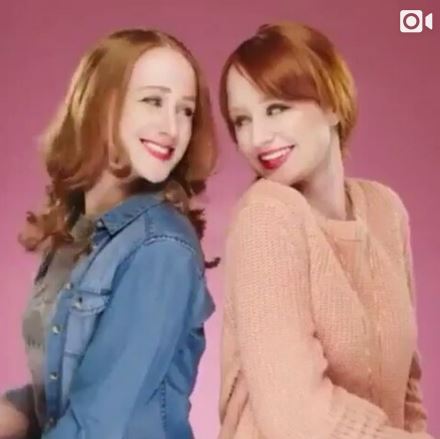 As you all know, Shea Moisture and its new AOR VaynerMedia ran into trouble this week when Black Twitter registered its disapproval of the first ad in the brand’s new campaign.

The issue, as blogger and marketer Marie Denee explained to Adweek, wasn’t that the new spot featured two white women. It was that the brand’s longtime customers—the vast majority of whom are African American—felt dismissed.

As Denee put it, an ideal campaign would have featured a variety of women in all the spots rather than creating one clearly aimed at a white audience. She specifically referenced Grey’s recent Pantene ad, which celebrated black women and said “the climate was very unfavorable” to release such a campaign at a time when both Shea Moisture and Carol’s Daughter have been accused of “whitewashing.”

The company has been playing defense, and now its marketing team has directly contacted some of the influencers who made their opinions clear on social media.

They’ve also been calling out VaynerMedia, which has yet to respond publicly to the controversy.

I cringed watching the @SheaMoisture commercial created by @vaynermedia, & I’m a black ADPR pro. @garyvee, do you have any POC on your team?

Hey @garyvee why do you think #SheaMoisture recent FB campaign created with @VaynerMedia missed the mark with its core customer base?

I certainly did not expect to read that @garyvee‘s @VaynerMedia helped @SheaMoisture create the ad. #Branding #Marketing #Advertising https://t.co/Dl5DJpxfnM

@garyvee the black delegation would like answers abt this @SheaMoisture ad. Was this a @VaynerMedia project? Your cookout invite is at risk. pic.twitter.com/GgoVfysx6h

@garyvee Look, the black community loves you. But I’m having a hard time believing @VaynerMedia was behind this @SheaMoisture ad. ??

“The people who are unhappy here aren’t necessarily saying they don’t like white women. What they are saying is, for decades they’ve been underserved and white women have plenty of products on the shelves and advertising aimed at them, and that we should keep our focus on our audience, and not lose that focus just because we’re broadening our audience.”

It’s very close to what the brand’s loyalists said. But according to several of the people who tweeted about the campaign, members of Shea Moisture’s marketing team have been reaching out to them directly to explain what happened.

The response has not been universally positive.

Shea Moistures DM to me.. where is the personal attack? why just message me? THE ENTIRE USA is confused by your ads and not just black folks pic.twitter.com/Ao34X07ypB

@RStewartJewelry @LifeByDesi They messaged me to. I wasn’t impressed. One of them thought that ad was fine and they need to be FIRED.

@RStewartJewelry wow!!!! They DM’d me last year when I was speaking on this…they are not serious at all! pic.twitter.com/xN5Cf3YYUA

Despite continuing to be very active on Twitter, Gary Vaynerchuk has yet to respond to all these mentions.

.@SheaMoisture took all the heat for that commercial that they did w/ @VaynerMedia. I really hope it was a wake up call for both. care more.

@SheaMoisture …and this is vaynermedia. The people hired for the media campaign project. pic.twitter.com/ui4o47USQX

Shea’s PR firm also has not commented on the (still alleged) direct messaging efforts by its marketing department.