Here are a few sobering statistics that you might want to consider the next time you think the world just can’t wait for your pithy tweet as you drive … with kids in the car.

Research from Children’s Hospital of Philadelphia (CHOP) and the University of Pennsylvania School of Nursing found that one in three parents reads text messages and one in seven use social media while driving their children between the ages of four and ten.

Additionally, each day in the United States, more than 1,000 people are injured in crashes that are reported to involve a distracted driver.

One of the most well-known American brand efforts around texting and driving may be “It Can Wait” from AT&T and there have been several ads that have gone for sheer shock value. Then, of course, there are parents who wave their index fingers at their kids saying “don’t text and drive” only to be some of the worst offenders out there.

This week, Honda launched a new campaign during Distracted Driving Awareness Month with a twist: teens having a conversation with their parents about not texting and driving.

Long-time Honda agency RPA is behind the effort and created a video that shows the interaction between the kids and parents. It’s not loud or bombastic, but the confrontation is pretty matter-of-fact … and the emotional responses show that it’s an issue that hits close to home and something parents really need to think seriously about.

“Distracted driving is still one of the biggest threats on the road. People are aware they’re doing it…and yet they still do it,” said Jason Sperling, RPA’s svp and chief of creative development. “By hearing about what they do directly from their teenage kids, who will soon be inheriting the roads as well as their parents’ bad habits, we’re hoping to make parents better aware of their actions and the potential consequences.”

In addition to the video imploring families to have this conversation, the brand encourages parents to sign and share their pledge on social media. 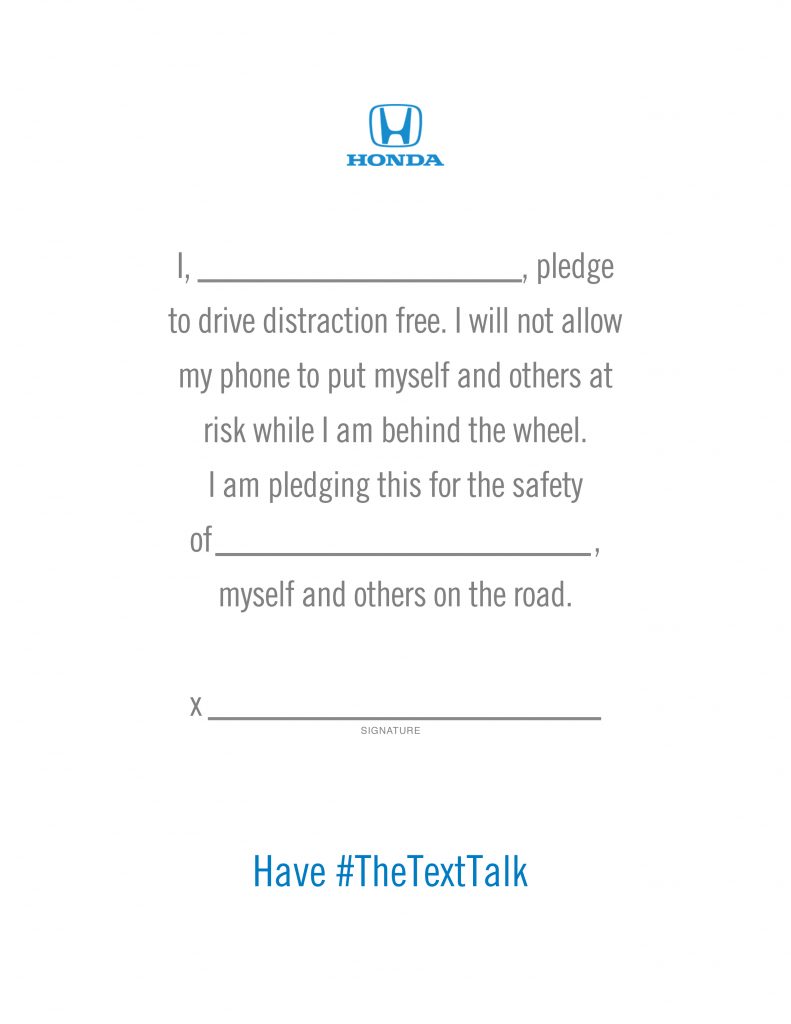 Of course, you’ll do this after you’ve stopped driving, right?