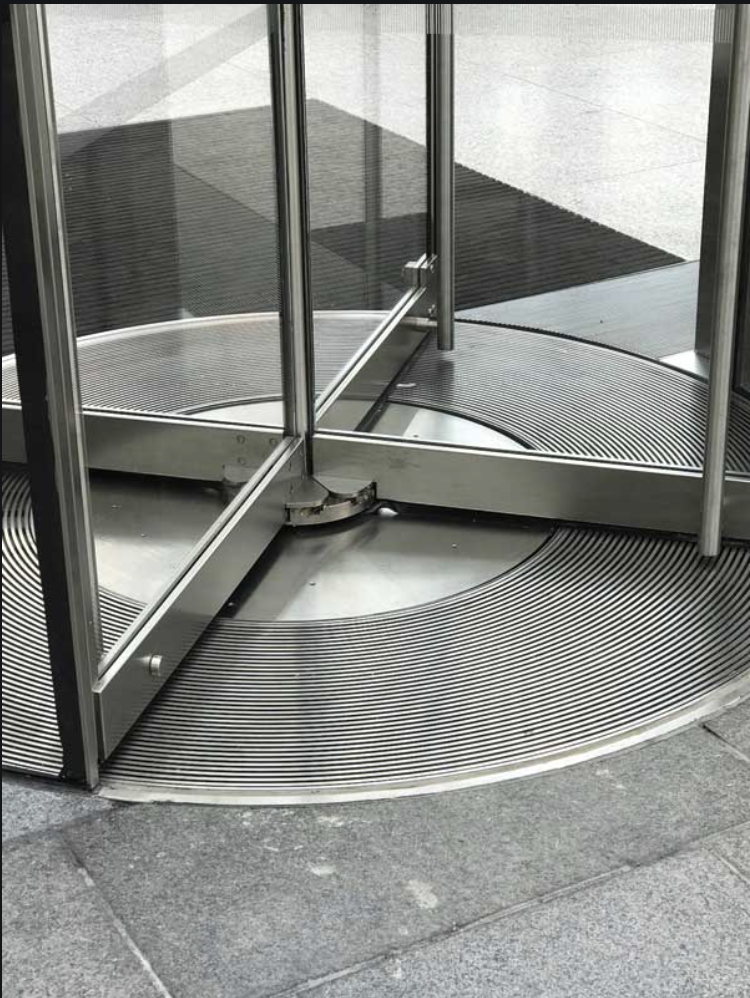 The Revolving Door keeps spinning, much like the ceiling fan you’ve probably turned on due to the weather warming up around the country. This week finds some agencies that haven’t gotten much ink, so give them some love and read who’s been hired and what new acquisitions have been made.

With over 16 years of experience as a director, vlogger and award-winning creative, Jessica’s work has been recognized internationally including awards from Cannes, FIAP, El Ojo, Webbys and Effies. She has led creative teams at general market and multicultural agencies such as Publicis, Conill-Saatchi & Saatchi and VMLY&R, spearheading groundbreaking work for clients that include Procter & Gamble, Colgate-Palmolive, PlayStation, McDonald’s, T-Mobile, Toyota and KIA. Jessica also wrote and directed the IGTV series “33 Mistakes I Made As A Creative” and directed the cooking vlog “La Comida Nais.”

Global experience and production company Helo has partnered with director, production designer and storyteller Bobbi “mamahotdog” Rich. Bobbi will be working with Helo’s clients to direct and produce a variety of commercial work.

Rich started her career as a story and field producer for TV series including American Pickers and Going Cambo. Recently, she was the art director for the Joe Berlinger Netflix series Crime Scene.

During her first year at LAB, Bushell led many of the initiatives that have helped develop the group’s capabilities attract and nurture enterprise clients. As group managing director, Bushell will lead on the implementation of LAB’s Group strategy, helping major clients reshape their digital future.

Powers was most recently at Epsilon, where he oversaw a large group of accounts in financial services. Earlier in his career, he worked at several digital-first agencies, such as Digitas, Modem and Moxie, as well as traditional agencies such as DDB and McCann, where he worked on accounts such as American Express, Verizon, IBM and Coca-Cola.

Weinberg, who joined the firm in 2007 as Nail’s first producer, will oversee process and performance initiatives for the agency. Her previous roles include stints as head of production and managing director for Nail, and as a manager for Pixar.

Palmer, who joined the firm in 2010, will continue to bridge the internal and external worlds of the agency where no two challenges are ever the same. As a partner, Palmer will lead business development, strategy and partnerships. Her previous positions were as managing director and head of client services for Nail.

Global consultancy Prophet has hired Greg Erdelyi, Sarah Tosques and Damien Peraino to enhance the firm’s creative capabilities. The new group will work as a cross-platform, multi-disciplinary team to develop innovative programs that can be quickly executed.

Erdelyi joins Prophet as a partner and executive creative director. He previously held leadership positions at agencies including J. Walter Thompson, Young & Rubicam and McCann, and most recently led agency sales at the marketing-tech platform, VidMob.

Tosques, Prophet’s new associate creative director, brings both strategy and storytelling capabilities. She joins Prophet from Beekman Social and has worked at Untitled and TBWA/Chiat/Day.

Quigley-Simpson has appointed Jared Vail as vice president of analytics. In this role, he will lead the agency’s data and analytics practice to evolve the data infrastructure and launch new strategic services.

Vail will be working in close collaboration with agency leadership to identify opportunities for deeper consumer engagement across a significant portfolio of clients in CPG, finance, D2C, healthcare and not-for-profit.

In his most recent role as director, analytics and marketing science at VideoAmp, Vail spearheaded the creation of a new marketing and science department.

Women-founded and led digital marketing agency Socialfy has added Kristen Abramo as the agency’s new managing director. As Socialfly continues to grow, Abramo will help further develop and scale the agency, with both clients and top-tier talent.

Abramo has 22 years of industry experience, with a focus on integrated media planning on the agency side. In the early part of Kristen’s career, she was responsible for planning digital media across clients including Puma, General Mills, Coca-Cola, Dos Equis, Wendy’s and Procter & Gamble. Most recently, Abramo worked with TracFone and managed the day-to-day operations and talent at an agency office.

Independent agency Rain the Growth Agency has hired Mark Brown as the company’s first chief investment officer. Along with Robin Cohen, svp, group media director, Brown will develop and promote innovative media strategies throughout the agency. Brown has led media strategy at Initiative, Garage Team Mazda, and Mindshare. Most recently, he ran U.S. media strategy for Chevrolet while at Carat. He was also a managing partner of Canvas Worldwide, a co-venture between Horizon Media and Innocean Worldwide. As one of the founders, he helped build the $1 billion agency from the ground up.

TMRW Life Sciences has appointed Amber Guild as chief marketing officer. She most recently served as president of T Brand, the creative and marketing services division of The New York Times Company.

As data director, Harris is tasked with reimagining the data department, changing the way the agency and its clients think about and ingest data.

Versus has added Natalie Labriola as the company’s new director of business development and partnerships. Labriola is the first to step into the new role, which was created in an effort to expand on current offerings from the company and the ability to work directly with brands to create impactful content strategies.

Walton Isaacson has made several new hires. Alima Trapp joins as executive vice president of Strategy. Trapp, previously svp strategic planning at Doner, will work across all accounts. Trapp is a member of the board of directors for 600 & Rising.

Sean Pitts joins as strategic planner for the Lexus and McDonald’s account. He was previously a brand strategist at Hanson Dodge. Margarit Avedikian joins as client finance manager from OMD where she was budget project manager.

Farah Seguin joins as senior HR manager. She was previously a resources generalist at the agency. Cher Nelson joins as senior account executive on McDonald’s. Prior to WI, she was Marketing Manager at Solid Light in Louisville, KY.