NEXT:Katy Perry and Orlando Bloom Transmit From the Future to Save Voting Rights
PREVIOUS:Stephanie Crockett Takes Over From Eric Mower as President of Agency Mower 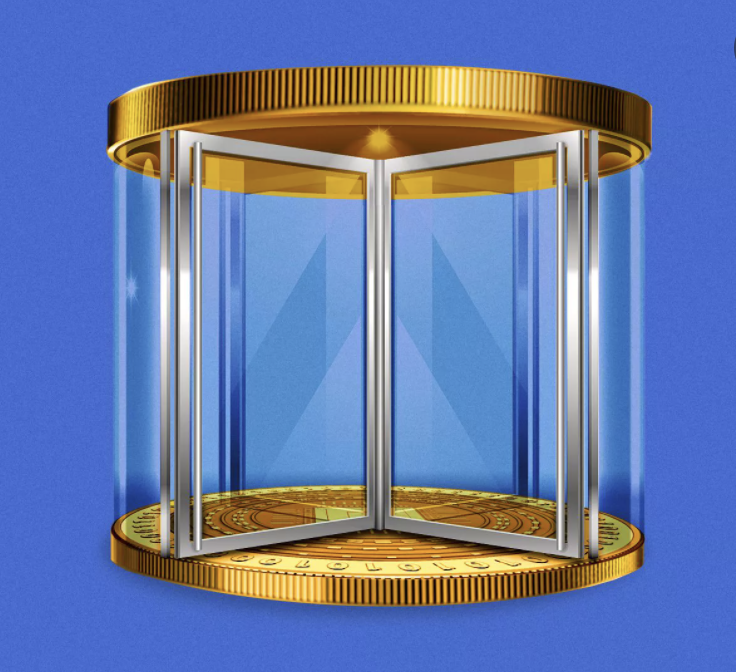 It seems that 2021 has brought about a lot of people moves at the world’s various agencies, and those moves keep coming as we hit the mid-year stretch, from new C-level folks to young people just getting into the business, along with new agency and campaign wins.

It’s time to step through the revolving door and see what’s new.

The AAF national board of directors has named Tiffany R. Warren as its board chair for the 2021-2022 year. Warren is the executive vice president, chief diversity and inclusion officer at Sony Music Group. She succeeds Lynn Lewis, U.S. CEO, UM Worldwide. FCB global CEO Carter Murray has been appointed vice chair.

Warren is a known executive within the advertising, media and marketing community, having recently served as chief diversity officer for Omnicom Group for more than 11 years prior to her current position. Among contributions and achievements is Adcolor, the organization and movement that champions diversity and inclusion in creative industries, which she founded 15 years ago and remains president.

BBDO New York has promoted Alex Gianni to evp, director of content production. The promotion is part of the formation of BBDO NY’s future-forward production group. In the role, Gianni will primarily focus on cross-platform film production, overseeing the agency’s content production team on all client businesses.

Gianni has over 20 years of industry experience, having spent the last 10 of them at BBDO. He currently oversees production on FedEx, GE and Sandy Hook Promise, among others, and has produced work across most of the agency’s clients. Gianni’s most recent work for Sandy Hook Promise, “Back to School Essentials,” won the 2020 Outstanding Commercial Emmy and was named Best in Category in Creative Effectiveness at the 2021 One Show.

CMI Media Group, a WPP company, and Compas, a NMSDC certified diverse supplier that is minority-owned and a part of CMI Media Group, have made executive leadership elevations.

CMI Media Group and Compas founder and CEO Stan Woodland has risen to executive chairman, where he will provide leadership, oversight and strategic direction across both agencies, with accountability to WPP for strategic, financial and DEI outcomes of both organizations.

Marjolein Bruurs will join the team as chief financial officer, having served as vice president of acquisition services at WPP since October 2016. Nancy Logue, svp, people operations, will focus on enhancing the companies’ compensation and benefits practice, allowing Julia Missaggia to be elevated evp, people and culture.

Constellation Agency, a hybrid SaaS platform company, hired Thuy Adomitis as vp of sales. An automotive veteran with more than 20 years of industry experience, Adomitis hails from TrueCar, where she oversaw a team responsible for more than 500 accounts, handled relationships with key dealerships, and developed strategies to increase sales.

Doner has appointed Maria Cabo as svp, strategist, and Sky Downing as vp, strategy. In these new roles, both will help scale the Integrated Strategy Group and add further expertise in transcultural insights.

Prior to joining Doner, Cabo held roles at independent agencies including d’expósito and Partners, Mythology/Partners and Spade, and Captura Group, where she focused on Hispanic and multicultural client work.

Downing is an accomplished strategist with over 12 years of experience in elevating brands globally. She brings skills including brand storytelling, media planning, and the creation of digital ecosystems for global enterprises. She is also a member of the Minorities in Media, and Black Marketing Association.

Footwear and apparel brand Hoka Hoka One, a division of Deckers Brands, has named FCB as its first-ever global creative agency of record following a competitive review. FCB West, the network’s creative boutique in San Francisco, will serve as the global lead office and will tap into FCB’s network of offices around the world.

The appointment of FCB signals the next expansion chapter in Hoka’s growth story that saw a 62% year-over-year sales growth through the pandemic.

FCB will begin working with Hoka and its other agency partners immediately and expects the brand’s first global campaign under this new partnership to debut in 2022.

SeatGeek, a ticketing platform that enables users to buy and sell tickets for live sports, concerts, and theater events, has appointed Fig as its first creative AOR. Fig is charged with increasing SeatGeek’s brand awareness through a new identity and its first-ever brand campaign.

ForwardPMX, a global data and technology-driven marketing services company, has appointed Femi Taiwo as head of consultancy for Europe. Taiwo joins ForwardPMX from a previous leadership position at OMD, bringing over 10 years of experience in digital marketing and consultancy solutions.

In the new role, Taiwo will drive the wider business strategy for consultancy services within ForwardPMX, with a focus on key areas such as in-housing media, data ownership and strategy, including international growth and expansion.

Allie Williams was promoted to account director, while Adam Winstead was promoted to evp, HR and operations, leading all aspects of HR, talent development, recruiting and culture building for the agency.

Evanne Lindley was promoted to director of interactive products and services.

Imaginary Forces has hired Anthony Gibbs as creative director. With experience in design and VFX, Gibbs has created traditional, interactive, and experiential projects for brands including Apple, AT&T, Epic Games, and Google.

Imre has hired Atul Sharma as senior vice president of intelligence. Sharma comes to Imre with more than 22 years of data sciences and storytelling experience, including most recently at Porter Novelli where he served as vice president of analytics, a key member of the Omnicom PR Group.

Indigo Slate, a Zensar company based in Bellevue, Wash., has added Jack Mickle as president, global agency services. An experienced international marketer, Mickle was most recently the CEO of Ogilvy Japan, where the agency supported local, regional and global efforts for IBM, Lexus and SC Johnson.

Global e-commerce performance agency Labelium has tapped two executives for leadership positions. Carlos Spallarossa has joined as vp of ecommerce. He will lead the development of ecommerce-based service offerings spanning platforms and tech, UI/UX and digital best practices across all channels.

Ihab Allam is Labelium’s new director, e-retail marketplaces. He will be an integral part of marketplace management in many key online retailers, including Amazon, Walmart, Overstock, Target and Wayfair.

Previously director of search marketing, SEO/SEM at L’Oreal, Spallarossa is a digital marketing and technology professional with over 16 years of experience. Allam joins Labelium after more than a decade of working on the client-side of retail with Philips home appliances, Sony consumer electronics, and other consumer brands.

Leo Burnett has added Kristian May Stewart, Ph.D as evp, strategy and cultural research. Stewart spent the last five years as the svp of strategy and analytics at Ten35. The agency also promoted Alissa Coronna to evp, head of data intelligence. She has been with Leo Burnett for the past two and a half years as a data and AI specialist.

Clear M&C Saatchi, the growth consulting arm of the M&C Saatchi Group, has hired Will Kingston as director and head of financial services, U.S. in New York. He joins Clear from the client-side, having spent the last two years as the head of customer experience at merchant bank Close Brothers in the U.K.

Kingston was previously the head of customer operations for fintech unicorn Zego, and he focused on digital banking customer experience and strategy during his time at PwC.

Following Amber Justis joining the agency as head of creative in March, The Many has expanded its creative team by 19 new faces including creative directors Pam Fujimoto, Adam Flanagan and Curtis Petraglia.

Fujimoto joins The Many following a contract stint at Twitter, and before that was the executive creative director at Wongdoody LA.

The moves bring The Many to over 100 team members, it’s largest since the agency was founded 12 years ago.

Mint Advertising has added strategic sales veteran Andrew Muser as the agency’s first vice president of growth and partnerships. Muser was previously vice president of business development at Signmasters, Inc. Before that Muser was at the William Morris Agency.

Independent agency Mojo Supermarket has hired production veteran Mel Senecal as its director of integrated production, a new position at the agency. She joins following a 10-year tenure at McCann where she served as vp executive producer leading all productions at m:united/McCann and overseeing productions for global markets.

Dantonio is the founder of JD Creative, a creative consultancy based in New York. Previously, he served as group creative director at Anomaly.

Thibault Loué has become business partner at Ogilvy Paris and takes over the commercial management of the Grey Paris agency. The two agencies announced their strategic merger a year ago. Loué joined GDF Suez Energy Europe as digital officer in Brussels before co-founding SoWeb Agency in 2011. He then joined Fred & Farid Paris at the end of 2014. He was also account director at Romance on behalf of Intermarché.

Creative marketing agency Public Label has named Erica Calhoun senior vice president and head of experiential, working across the accounts such as Moët Hennessey, Ford Bronco, adidas, BRP and Progressive. Calhoun will oversee the agency’s experiential practice in the U.S. and Canada. She joins as a member of the agency’s leadership team where she will play a role in the development of Public Label’s business and culture as well as helping lead DE&I initiatives.

Prior to joining Public Label, Calhoun was vice president of account management at MKTG, where she also served as the Experiential division’s chairperson of diversity, equity and inclusion council.

Quirk Creative, an agency specializing in video-based campaigns, has hired Kim Svarney as managing director. She has worked across business development and account management at agencies such as Badger & Winters, Rokkan, Pereira & O’Dell, JWT and CP+B.

In her role, Gosselin will be responsible for developing and expanding Reaktor’s strategic accounts in North America. Gosselin joins Reaktor after a long tenure at AKQA, leading key accounts such as Volvo, IBM, and Campari Group. Before AKQA, she spent over seven years at a Montreal-based agency, Sid Lee.

This appointment integrates and accelerates Real Chemistry’s commitment to DEI, which expanded last year with the creation of an internal DEI department led by Marcia Windross and a client engagement practice led by Abby Hayes.

Socialfly, a female-founded and led digital marketing agency, has hired Maria Sparling as the agency’s new vice president of strategy and client services, a new role at the agency created to help improve and streamline internal processes, provide support to teams across the agency, and develop new initiatives to spark growth.

Sparling has more than 17 years of experience overseeing digital strategy on both the agency and client sides. She has managed every aspect of social media including strategy development, content creation, production, media execution, and influencer programs, having previously worked with brands including Hawaiian Tropic, Schick, Playtex, Guess, Timex, General Mills, L’Oreal, Dr. Scholl’s and Reckitt Benckiser.

“We are excited to partner with iconic beauty retailer, Sally Beauty, and contribute to their long legacy of excellence. With our strategic media approach and expertise in innovative technology, we look forward to continuing to grow the storied Sally Beauty brand for years to come,” said Sarah Kramer, CEO, Spark Foundry USA.

Joining the team from Unit9, where he was commercial director for 12 years, Hinmon has worked with clients including Samsung, Nike, Infiniti, Pinterest and L.A. Dodgers.

Burdin comes to Thinkingbox from Loaded and brings a host of design experience and directing creative campaign efforts for clients such as 20th Century Fox, Marvel, Lionsgate, Ubisoft, Microsoft, Pepsi and Lexus. He previously also held roles with digital agencies Ignition and Jam3.