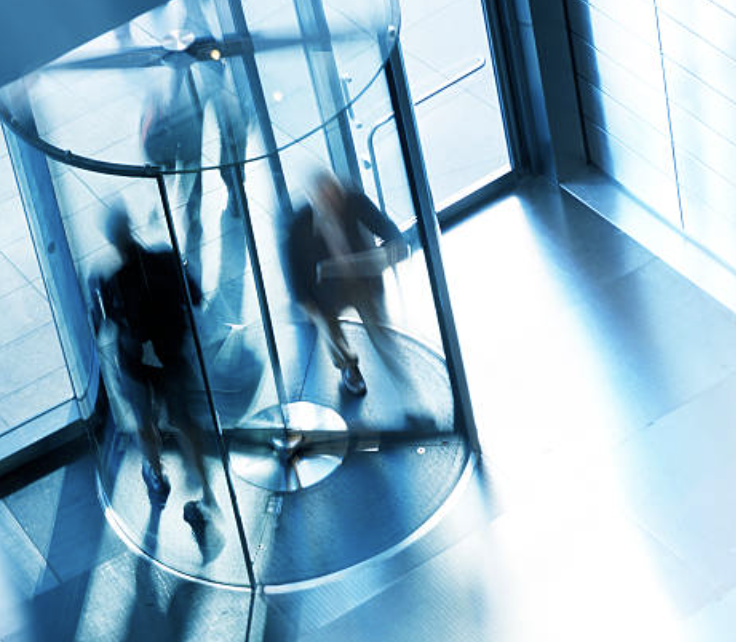 The Olympics are just about wrapped up in Tokyo, but the games of agency moves, launches, mergers and new business wins continue in the ad world. Throw a javelin through this week’s revolving door (bet you can’t) and see where it sticks.

180 NY has appointed Adam Lock as the creative agency’s new executive creative director. Lock comes to the agency after serving as svp, group creative director at VaynerMedia. He will report to 180 NY president Evan Weissbrot and be charged with building out the agency’s creative capabilities for a growing roster of clients.

Lock brings extensive experience working with iconic global brands such as PepsiCo, GE and Anheuser-Busch at VaynerMedia, and helped lead the agency to win its first-ever Gold Cannes Lions award.

Lock also served as an associate creative director at Code and Theory, and as a senior art director at Huge.

21 Grams, part of Real Chemistry, has hired Fabio Rodrigues and Brian Wiesenthal as executive vice presidents, group creative directors. The two were most recently senior vice presidents, group creative directors at McCann Health, where they helped propel the agency to Clio Health Agency of the Year and One Show Health and Wellness Agency of the Year.

Mobley has worked with top brands including State Farm, McDonald’s and Whirlpool, and comes to BSSP from Digitas Chicago where she served as the associate director of creative strategy.

Carmichael Lynch has been named the strategy and creative lead for H&R Block, the financial brand founded by brothers Henry and Richard Bloch in 1955. The agency will be responsible for the brand’s strategy, creative, and social media. Sister agency Carmichael Lynch Relate will handle public relations.

“We are excited to partner with H&R Block as they shift into the next chapter of providing help and inspiring confidence for their customers,” Julie Batliner, president of Carmichael Lynch said in a statement. “The team at H&R Block is dedicated to this brand transformation and we’re all dedicated to doing career-best work. We’re incredibly enthusiastic about what our partnership will yield.”

The agency pitch process began this spring and was run by Pile and Company. Carmichael Lynch will partner with Gale on media planning and buying, data and analytics and CRM.

Ubisoft has named Damage the Esports Agency as the agency of record for Tom Clancy’s Rainbow Six Esports North American League. Damage won the account after a pitch.

Damage looks to position the R6NAL as one of the premier esports leagues in North America.

Dentsu has hired Ed Zazzera as head of production for the company’s U.S. creative services line. The former production lead for BBH and DDB joins Dentsu Creative from McCann Health.

Digital consultancy Envoy Group is uniting all agency brands (Envoy, Bulldog Drummond, and Leviathan) under one name: Envoy. The rebrand follows a year of record growth, with its employee headcount now over 110 employees across offices located in Irvine, Chicago and San Diego.

Envoy’s leadership remains unchanged and will continue to drive the organization moving forward across all three offices.

Vegan and vegetarian food company Follow Your Heart has tapped Exverus for its first media agency partnership. With the help of Exverus, Follow Your Heart is relaunching its brand identity and introducing new packaging across all categories. Exverus is being tasked with the strategy, planning, buying, optimization and analysis of all of Follow Your Heart’s media through 2021.

Monkey Shoulder, the William Grant & Sons-owned whisky maker, has selected Fallon as global and U.S. creative agency of record. Fallon will help Monkey Shoulder capitalize on the massive growth opportunity in the market.

The creative focus in 2021 will be to bring an enhanced approach to the brand’s digital communications, engaging its broad audience of current and prospect customers in a culturally relevant and unique way.

Fallon was the only U.S. agency invited to the pitch.

The company has also appointed Zach Brewster as vp, director of talent experience.

Pedro Mona has joined ForwardPMX as global director of martech and data. The role will be based in London and looks to strengthen the agency’s capabilities across each region and solving challenges for its extensive global client base.

With a background in consulting over the last 20 years, Mona brings extensive experience from similar senior leadership roles in companies including Publicis, Mediacom, Somo and most recently iProspect, where he was managing director of platforms and engineering.

Grey has hired Brandon Solis as executive director of social and connections, a new position at the agency. He will report to John Patroulis, worldwide chief creative officer, and will be based at Grey New York’s headquarters.

Solis will oversee the creation of social media, digital content and influencer marketing. In addition, he will lend his expertise to the agency’s global network in the development of future-facing platforms and leadership.

Most recently, Solis worked at agency Eleven. Previous to that he was at R/GA New York and was global strategy director for L’Oréal Paris while at McCann Worldgroup.

Abramovici and Acanfora are based in L.A. and will report to Juan Javier Peña Plaza and Ricardo Casal, partners at the agency who will now be serving as executive creative directors for the North America region.

Horizon Media has named Karen Hunt president, western region. In this role, Hunt, who will be based in Horizon’s Los Angeles office, will be responsible for continuing to drive business outcomes for clients, team development and growth.

She joins Horizon after 17 years with UM Worldwide, most recently as the west coast region president. Hunt’s role includes the responsibilities previously entrusted to Serena Duff, who served as evp and general manager of Horizon’s western region for nearly a decade and passed away earlier this year after a four-and-a-half-year battle with colon cancer.

In addition to her day-to-day western region responsibilities, Hunt will serve on the Horizon executive board, the marketing committee, and the global task force and will play an integral role in Horizon’s growth strategy.

During her tenure at UM Worldwide, Hunt lead the Los Angeles and San Francisco offices and mentored many at UM and across the industry. She was named in Adweek’s inaugural LA Media All-Star List in 2016.

Independent marketing agency Imre has added three vice presidents who will further strengthen practice area capabilities. The agency has hired Andrew Brown as vp of strategy, Courtney Hanson as vp of media and Tom Sunshine as vp of web and creative technology.

Independent agency McGarrah Jessee just launched Patch Notes Playgrounds, a new kind of gaming league designed to bring marketers from all backgrounds together over a shared love and interest in gaming culture.

Filip will lead the global sales ecosystem, business development and operations for Publicis Sapient’s new and existing clients—as well as partner on clients of parent company Publicis Groupe—and will collaborate with teams across the organization to drive multi-disciplinary expansion.

He joins Publicis Sapient from HCL Technologies, where he served as evp, global head of sales transformation and marketing.

Cohen joined the agency in 2012 and was formerly at Maxus, Mindshare and Ogilvy. Gibson joined Rain the Growth Agency in 2016 as a media supervisor and quickly climbed the ranks to director of strategic partnerships.

Xavier Teo joins as group executive creative director to oversee creative output for the Verizon account. He has more than 18 years of experience working in top agencies and brands globally, having created campaigns for Fortune 50 companies. Teo is also known for his abstract expressionism art.

Ari Halper has been hired as global head of creative excellence and is tasked with helping R/GA offices around the globe optimize their strongest work. Prior to joining R/GA, Halper started his own creative consultancy called Sauce Idea Lab. His previous work experience has included North American creative partner for FCB Global and the chief creative officer of FCB New York. Before that he spent 13 years at Grey New York.

RTB House, a global provider of online advertising solutions, has appointed Łukasz Włodarczyk to the newly created position of vp of programmatic ecosystem growth and innovation.

Włodarczyk previously held the position of director of global inventory partnerships at RTB House and has played a key role in leading the business partnerships with inventory suppliers and the company’s cookieless education.

The Creative Engagement Group (TCEG) has rebranded its digital and film division The Moment, to TCEG Digital and TCEG Film. There is no change in terms of leadership or in-house talent.

Priya joins Team One after a nearly five-year stint leading Wunderman Thompson’s data practice across three offices in California, as vp, data and analytics. Prior to that, she worked in market strategy and analytics at Lifetime Fitness.

Pals Socks, a collectible sock brand that inspires children to be more inclusive, open-minded and accepting of people’s differences, has named N.Y. independent agency Terri & Sandy as its first agency of record.

Pals selected Terri & Sandy after discovering the agency’s award-winning, purpose-driven work for Barba Men’s Grooming Salon and Partnership for Drug-Free Kids. There was no formal review for the business. The brand will look to Terri & Sandy for strategic and creative leadership to take Pals to the next level of success.

Independent agency The Many has hired Yasmine Nozile as managing director, finance, and will oversee the agency’s accounting, business affairs and legal and financial planning and analysis.

Based in Atlanta, Nozile joins the agency from Huge, where she served in various roles—most recently as group vice president, finance. Nozile spent nearly 10 years as a consultant at both Accenture and Deloitte.

Trade School, an integrated content shop and full-service production studio, has appointed Ashley Kincade as its first head of culture. Kincade will lead culture, people and talent for the agency. She was most recently vp, director of HR and associate director of diversity at 22Squared.

Prior to VB+P, Stephenson was a creative director at Grey NY, where she led the Downy business. During this time and in her quest to find a healthy cocktail option, Stephenson founded and developed a vitamin cocktail mix and brand called Solie, and she continues to build this burgeoning business. Before her stint at Grey, she spent time at 72&Sunny NY as creative director.