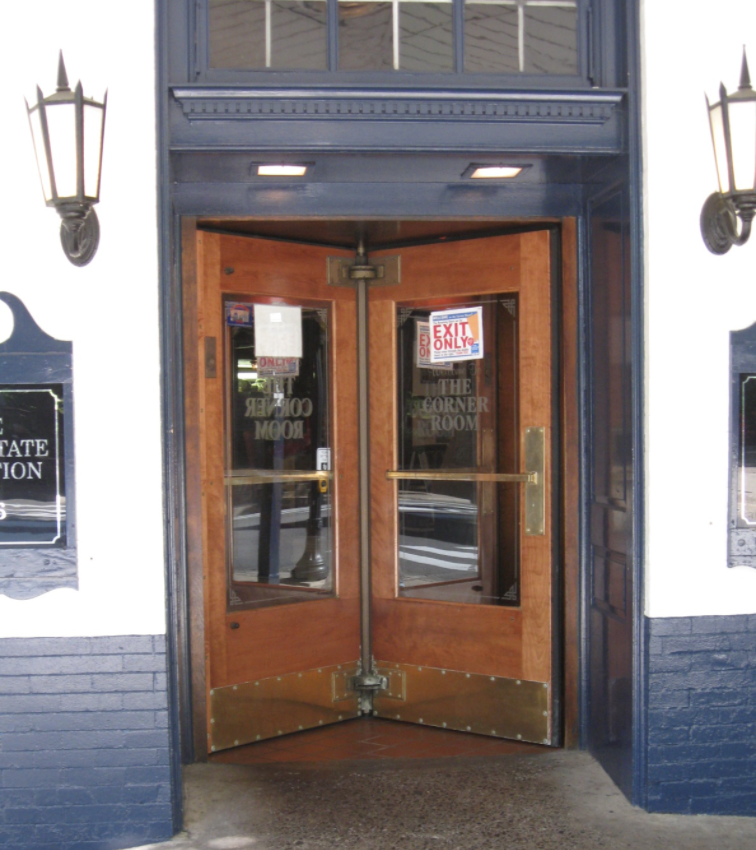 It’s mid-May and the Revolving Door in the sky keeps on turning, spinning out more agency hires and moves, along with client wins, partnerships and other assorted news bits. Take a step through the door and see who went where and why.

Design collaborative Bergmeyer has added Christian Davies as design practice leader. Davies brings over 30 years’ experience as a creative leader, working with brands across the globe. He has earned over 100 national and international design awards, including being a five-time winner of design:retail’s Retail Design Influencer as well as a Retail Design Luminary award.

Butler, Shine, Stern and Partners (BSSP) announced the appointment of several new senior executives across the organization. Kerri Stumpo joins as the new head of media and communications strategy, Liz Corsini joins as head of production and Jake Bayham has been promoted to head of strategy. All three will report directly to Tracey Pattani, BSSP CEO.

Stumpo will be responsible for leading media intelligence, strategy, investment and performance across all channels, working closely with clients to help evolve their media strategies. She’ll also collaborate closely with teams across the agency to help grow BSSP’s integrated media/creative capability. Stumpo joins BSSP from OMD, where she served as senior director, integrated planning.

During her long freelance career, Corsini worked for agencies such as 72andSunny, Anomaly, Cashmere and Tool, and helped create award-winning work for the likes of Apple, Jaguar, Google, Facebook and Activision.

BSSP has also promoted strategy director, Jake Bayham, to head of strategy. Over the last two years, Bayham has overseen strategy on key clients including ESPN, NBA 2K, and Mitsubishi. Prior to joining BSSP, he spent several years at Venables Bell + Partners.

Shirin Malkani has joined Buzzer, a new mobile platform for live sports, personalized for fans, as chief commercial officer. Malkani will oversee all commercial deals, developing the strategy and execution of all partnerships across the sports ecosystem to drive business development and usage of the Buzzer platform.

Malkani previously served for seven years as senior vice president of global media distribution at the NBA, where she led business development for digital products and cross-platform content relationships.

Tobin has worked within and led global agencies such as Arnold Worldwide, Grey and VaynerMedia and has extensive experience running global brands and leading marketing, communications, and product development across industries including food and beverage, fashion and toys at companies such as Ocean Spray, Hasbro and WPP’s Kantar.

Most recently Tobin was the evp of marketing, communications, events and partnerships at the American Association of Advertising Agencies (4A’s) where she led the organization’s new vision, mission, marketing and communications strategies, and the re-imagination of the 4A’s virtual thought leadership events.

Prior to joining Definition 6, Hall founded and ran two creative agencies. Most recently, she was chief creative officer of Specter Hall, where she worked on social, digital, and brand initiatives for Audible and launched the branding and creative strategy for multiple tech start-ups. Prior to that, she was co-founder/executive creative director of Spark+Sizzle.

Most recently, Borgatta was a project-based consultant for Special Group LA, where she led integrated campaign efforts for Uber Eats. She is a 2020 Certified Chief Happiness Practitioner (CHP) and part of a Global Tribe of Happiness Influencers making a positive impact in the world. She’s also part of the Wedu Global Mentorship Program.

Greg Swan has been promoted to head of creative innovation at Fallon, responsible for leading the agency’s POV on creative innovation; adapting assignments to take advantage of platform, technology, and cultural trends. He is also tasked with helping teams and clients experiment with and test new creative strategies, and helming a team of hybrid creative thinkers and makers across the agency.

GSD&M has hired BMW executive Keisha Townsend as director of diversity, equity, and inclusion. Previously, she was the diversity marketing manager at BMW and did all of the DE&I management for the company.

Launching this June and continuing into the fall, the campaign aims to raise awareness about Social Studies in key markets such as Dallas and Atlanta, focused on the company’s ability to help anyone effortlessly entertain again and the inevitable social renaissance. Campaign elements include direct mail, billboards, wild postings, and local creative activations.

Social Studies is a startup pioneering “the business of gathering,” offering both rental entertaining kits and for-purchase retail offerings, as well as white glove customer service.

Media relations agency JBC has promoted Libbey Baumgarten to executive vice president, overseeing the agency’s New York and Los Angeles locations. Baumgarten was previously the senior vice president at JBC and has been with the agency since 2015.

Logicearth Learning Services, a division of The Creative Engagement Group (TCEG), has appointed Tony White as head of people development solutions. In this newly created role for the group, White will support the growth strategy of the business across its locations in the UK, Ireland and USA.

White’s initial focus will be to enhance and expand the Learning & Development Centre of Excellence (CEO) service model to support Huntsworth Talent Strategy capabilities, TCEG’s parent company. He joins Logicearth from Allianz Group where he was global head of Allianz University (AllianzU) for nearly four years.

WMcCann in Brazil has named Mariana Sá as its new CCO. The 25-year industry veteran spent the last eight years as creative director at mass media company Globo, responsible for projects such as the 2014 World Cup, Rio 2016 Olympics, and the celebration of Globo’s 50th anniversary.

“We are very happy to announce the arrival of Mari Sá in one of the best moments for the agency. We are sure that she will help to raise the level of creativity and purpose of our deliveries to clients,” said Hugo Rodrigues, chairman and CEO of WMcCann, who will take over as executive chairman in July, and André França, vp of media and data, who will take over as CEO of the agency in July.

Sá started her career at Propeg in Salvador and then moved to São Paulo, where she worked for 10 years at DM9DDB as creative and art director. She also spent two years at PeraltaStrawberryFrog and Lew’Lara TBWA as creative executive director. Her awards include those from Cannes, Clio and One Show.

João Paz has been elevated to head of design for MullenLowe New York, up from associate creative director.

Paz’s previously worked for Ogilvy, first in Paris, then again in New York, working on Coca-Cola and American Express. Prior to MullenLowe New York, he spent two years at Elephant. He started his career in his home country of Brazil at Filadelfia.

Pop’N Creative, an Atlanta-based, Black women-owned multicultural marketing firm focused on digital and social campaigns, content creation and experience design, has been named the agency of record for the WNBA’s Atlanta Dream’s 2021 season.

Prior to Solve, Platt had stints at StrawberryFrog, Grey and Euro RSCG in New York.

Richman hails from Group Nine Media, where she most recently served as their director of consumer communications. Prior to that, Richman served as a manager of communications at WarnerMedia’s truTV.

Worldwide Partners (WPI), a global network of independent agencies, has added two new agency partners, 23red and Together w/. These new partners expand the network’s offerings in the area of behavioral change.

23red, based in London, is a purpose-led creative agency that helps leading businesses, charities and government change behavior for the better. The agency focuses on strategies and campaigns in health, learning, sustainability, DEI, economy and business.

Together w/, based in Buenos Aires, combines world-class creative and production services to help clients market at the speed of change.

John Harris, CEO of Worldwide Partners, said in a statement: “Growth in Latin America has been a top priority for us, and we previously added Cannes Lion winner and Brazil independent agency of the year, Propeg. This gives us a powerful center for creative excellence to support clients globally, led by eight agencies throughout the region that are master collaborators.”