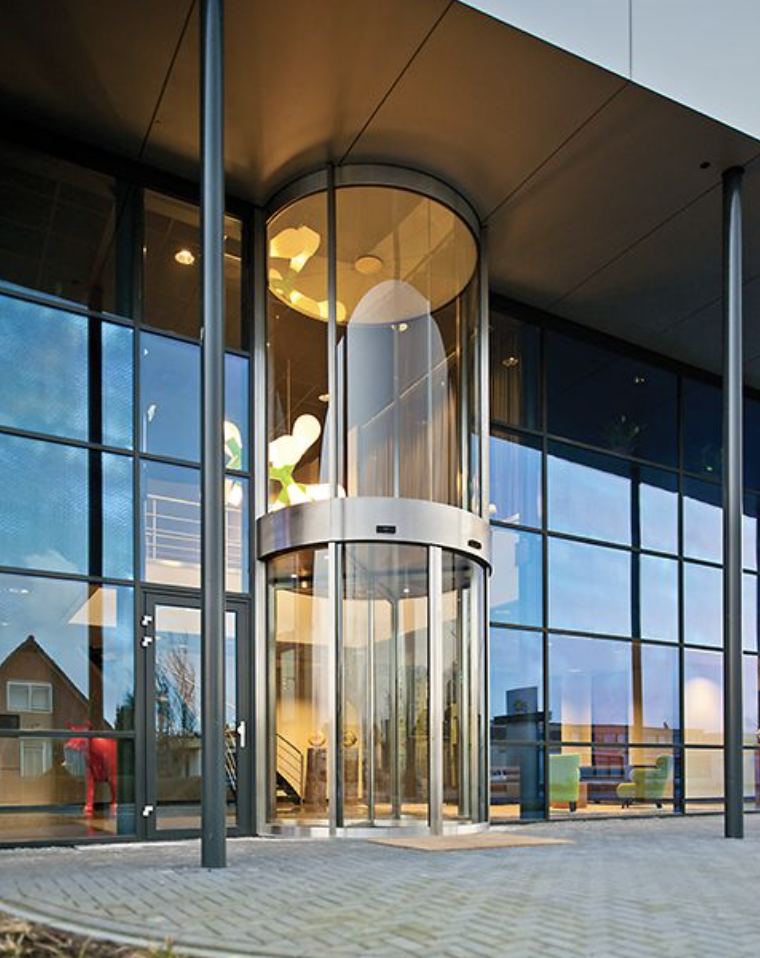 It’s officially autumn, and every leaf that falls represents another agency employee shifting to a new position. Or perhaps it’s a new client signing, or a new business launch. Whatever those leaves represent to you, they’ll be found in this week’s Revolving Door Roundup, so walk through the door and find all the latest news.

San Diego-based independent, full service agency 62Above has been chosen as the agency of record by Monterey County Convention & Visitors Bureau.

62Above will work alongside the client marketing communications team on marketing strategy, creative development and execution of advertising campaigns, media planning and placement and more.

Joakim Khoury has been appointed the new creative director at Swedish agency Åkestam Holst NoA. Khoury is one of Sweden’s most awarded creators, most recently with two Grand Prix in Eurobest and several Cannes Lions.

Pigott has had leadership roles at R/GA, Black Swan Data and Greenlight Digital.

Big Spaceship welcomes its newest executive creative director Chris Huban. Coming from Spotify Advertising, where he served as the global design lead, Huban will be responsible for envisioning product and brand experiences at Big Spaceship.

Prior to his tenure at Spotify, Huban spent a decade at Huge where he served as creative director on accounts including Ralph Lauren Polo App, Thomson Reuters, NYU Langone, Comcast, Lowe’s and more.

The Bloc has recently hired Stuart Goldstein as COO and promoted Antoinette Bobbitt to evp, strategy director. Goldstein will be The Bloc’s first COO and will oversee the management for over 4,500 projects a year.

Hannah Kimuyu has been promoted to managing director of Greenlight Digital, which was recently acquired by Brave Bison. Formerly director of paid media, data and analytics at the business, Kimuyu will lead performance channels including paid media and SEO.

Creative agency Camp + King has hired E.B. Jackson as brand director of its Chicago office. The addition of Jackson bolsters the agency’s brand management capabilities for the Papa John’s brand, as well as for Camp + King’s Chicago hub. Jackson joins the team from 360i, where she was a vp of account management. Prior to her tenure at 360i, she held the role of account director at Dentsu Mcgarrybowen.

Cheetah Digital, a provider of cross-channel customer engagement solutions for brands, has partnered with fast food chain Del Taco on the creation and launch of the Del Yeah! Rewards program. Del Taco has chosen Cheetah Digital for all aspects of its new rewards program, including app development, data acquisition, customer targeting and messaging.

Dixon Schwabl has changed its name after 34 years in business. The independent marketing company, headquartered in Rochester, New York with a second office in Buffalo, is now called Dixon Schwabl + Company (DS+CO). As part of the rebrand, DS+CO has reorganized its existing integrated marketing services under three core offerings: intelligence, strategy and amplification.

Creative agency Eleven, with offices in San Francisco, New York and Chicago, has hired Michael Fiore as its newest creative director. Fiore brings over 30 years of experience to the role, having worked for agencies including Mcgarrybowen and Goodby Silverstein & Partners.

Fiore returns to Eleven for the second time, his first stint being an acd on AAA, Visa, Callaway and Apple.

GroupM’s Essence has hired Traci E. Dinkins as the new head of media for North America, a newly created role. She comes to Essence from Omnicom’s PHD Media, where she was one of the agency’s chief client officers. She previously served in leadership roles at Carat USA and GroupM’s Mindshare and MEC.

In her new role with Essence, Dinkins will oversee all media practices, including planning and activation, across North America to deliver results for clients like Google, NBCUniversal, Airbnb and Target.

The Nomobo investment enables GPJ to expand its cinematic approach to events by creating high quality productions that make each broadcast a major part of GPJ’s overall experience design.

Self Esteem Brands is now bringing on Goodway Group to manage local marketing efforts for franchisee owners of The Bar Method and Basecamp Fitness. Self Esteem Brands chose Goodway Group for its deep expertise in the multi-location space, as well as its knowledge to successfully strategize and execute on local and national campaigns.

Annalisa Roy and Asad Shaykh have joined Grey’s planning department as joint heads of strategy, after finalizing a strategic repositioning of the agency’s strategy offering.

Roy, who until recently was working as an advertising strategy consultant, is former global brand strategy director of Publicis, and previously head of content strategy at AMV BBDO.

Shaykh, most recently Grey social’s digital strategy director, has previously held various head of strategy roles and is also both director of marketing and communications and head of brand for Pride London—voluntary roles he will continue. His career has spanned more than two decades across numerous brands.

Papageorgiou joins HMG Canada from CIBC, where he served as head of audiences. He started his career in PHD’s digital department.

Lem has worked across some of Canada’s top agencies and her experience extends across verticals including finance, non-profit, CPG, retail and B2B. She comes to Havas from GroupM’s m/SIX.

Lucid, a programmatic research technology platform, has appointed Eric Denker to vice president of corporate development and strategy. Denker will play a key role in the future growth of Lucid and will be responsible for shaping strategic alliances, investments and mergers and acquisitions.

Prior to joining Lucid, Denker served as director of corporate development at J2 Global. Before that, he developed and managed strategic partnerships for Willis Towers Watson’s benefits marketplaces, Liazon and Via Benefits.

Ogilvy Latina has appointed Arlene Armenteros as general manager of Ogilvy Miami to strengthen its positioning in the multicultural market of the United States.

Armenteros served as svp of companies including República Havas and Nobox. For eight years, she held the role as marketing director at Visa Inc. She was also part of Ogilvy Argentina as an account director, and regional account director at Leo Burnett and Y&R.

Nikki Jarvais has been promoted to senior vice president, group account director at Rinck Advertising, a full-service marketing agency with offices in Lewiston, Maine and Annapolis, Maryland. Jarvais joined Rinck in 2014 and formerly held the titles of senior account manager and account planner.

There are three recipients for 2021: Urban Prep Academies, a network of charter schools; Healthy Hood Chicago; an organization committed to providing affordable fitness classes and wellness resources; and The Will Group, a manufacturing company that provides streetlights to the city.

Studio City / PXL (SCPXL), a digital and creative-services marketing and production agency with offices in Los Angeles and New York City, has recently added Devan Miles to the team as a creative director. Miles will lead the production of a variety of TV and digital content for SCPXL clients.

Previously, Miles worked as a producer at Saatchi & Saatchi and was also an associate writer and producer at Nickelodeon.

Technicolor Creative Studios, home to a collective of entertainment, advertising and experiential marketing companies, has launched a series of creative hubs. The global network of interconnected creative hubs will host multiple VFX and production studios under one roof, giving brands and filmmakers access to the world’s top creative production talent in one location.

The formation of Technicolor Creative Hubs is the next step in the growth and evolution of Technicolor Creative Studios, following the brand’s launch earlier this year. Home to The Mill, MPC, Mikros Animation and more, Technicolor is one of the biggest providers of VFX and creative production services to the global entertainment, brand experience and advertising sectors. The move to develop new co-located hubs for the studio’s brands will help expansion across the USA, Europe and Asia, where the company is exploring its footprint in new markets.

TripleLife, a fast-growing ad tech company, has appointed Steven Berns in a dual role of chief operating officer and chief financial officer. In these positions, Berns will help drive continued growth of TripleLift, enable both employee and market expansion, and prepare the company for a potential initial public offering.

VaynerMedia has appointed Aaron Howe as executive creative director of its Los Angeles office. In this role, Howe will lead the creative vision for the agency, working in partnership with managing director Lisa Buckley and global chief creative officer Rob Lenois.

Most recently, Howe was executive creative director at Wunderman Thompson, where he oversaw the integrated and social media business for Microsoft and AT&T. Prior to joining Wunderman Thompson, Howe worked at agencies including 72andSunny and Deutsch. He began his career as a designer at Rolling Stone Magazine.

In these expanded roles, they will continue to work closely with VB+P Partners and department heads in leading all facets of the agency’s operations, client relationships, business, culture, and team development.

Wavemaker has named Shipra Roy as its new global chief people, inclusion and culture officer alongside Helen Price as global chief investment officer. Both will be based in London and join CEO Toby Jenner’s global leadership team.

Shipra, who comes to Wavemaker from a McCann UK and Europe as chief people officer, will oversee all aspects of the people function to ensure that Wavemaker continues to attract top talent. She replaces James Edgar who left the agency in August.

Price joins Wavemaker from IPG Mediabrands, where she was head of global accountability and investment. At Wavemaker her focus will be on creating value for clients and commercial opportunities for the agency. She replaces Keith Tiley who will be retiring at the end of the year.