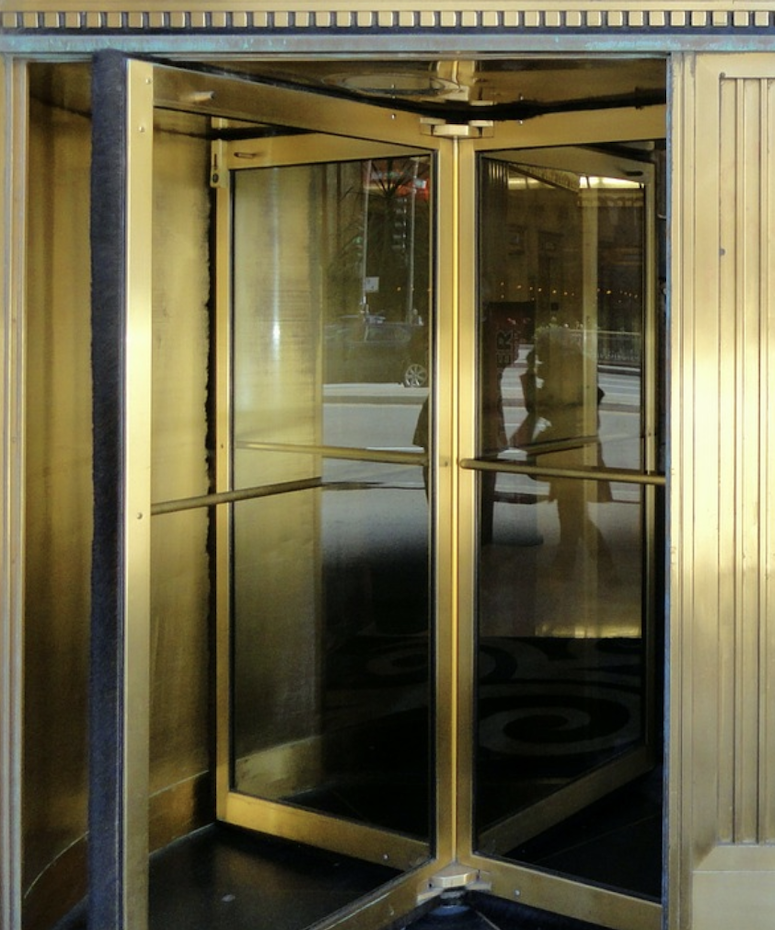 The first Christmas ad started rolling before trick or treaters knocked on your door, and before you know it we’ll be reviewing Super Bowl campaigns. While the seasonal spots seem to drop earlier and earlier, the revolving door is a constant, giving you the latest agency new hires, promotions, client signings and product launches every week.

Without furthering any ado, here are this week’s moves.

9Rooftops has brought on Leah Matoney as the company’s director of field marketing and events. Matoney is responsible for overseeing special events and field team marketing efforts across the 9Rooftops portfolio of clients.

Prior to joining the 9Rooftops team, Matoney was responsible for program planning, promotions, and coordinating effective sales blitzes at Breakthru Beverage.

Above+Beyond has named Laura Graham as head of production to lead the agency’s multi-channel production capabilities. Graham joins from Uncommon, where she was executive producer.

Previously, she was executive producer at AMV, where she oversaw the ASDA account and led on major projects including Bombay Sapphire’s Cannes Lions award-winning Design Museum installation. Graham also spent seven years in production roles at BBH, where she worked with Above+Beyond’s ecd Dom Goldman.

Ambassadors has partnered with Amp.Amsterdam to take care of all the creative production studio’s sound, music, and sonic branding needs. Ambassadors and Amp.Amsterdam teams will share studio spaces as a one-stop house of craft across three locations.

Avrett Free Ginsberg (afg&) has expanded its relationship with Prestige Consumer Healthcare Inc. by being named creative agency of record for newly acquired TheraTears brand of therapeutic dry eye relief products. Afg& will be responsible for all consumer communications, from strategy through final production. All work will be developed out of afg&’s New York office.

BMB will embark on a long-term relationship with Breast Cancer Now to help grow brand awareness and engagement, supporting the charity to deliver its new “Turning the Tide” strategy.

Crosby Marketing Communications has been named agency of record for the Peace Corps. The agency won a five-year blanket purchase agreement with an estimated amount of $20 million to provide brand strategy and integrated marketing services to the Peace Corps, and Crosby will develop national awareness and recruitment campaigns attracting diverse candidates with a wide variety of experience, ages and backgrounds to become Peace Corps Volunteers.

Kumon North America, a top-ranked education franchise, has partnered with Curious Jane, a national franchise ad agency, to develop and implement the brand’s consumer and franchise recruitment advertising and marketing strategy in the U.S. and Canada.

The partnership will build on Kumon’s success among education franchises to increase brand awareness, welcome new students to Kumon Centers and grow the franchise in existing and developing markets.

Sandra Alfaro has joined DDB Chicago as head of business leadership. Alfaro will oversee leadership and growth for the region’s largest office. Alfaro’s appointment follows the addition of Milo Chao, who joined as chief strategy officer in September.

Alfaro began her career at Saatchi & Saatchi’s Conill Advertising, where she discovered her passion for advertising and business leadership. After Conill, she spent over a decade at The Vidal Partnership (TVP), reaching the role of managing partner of the agency before she turned 30.

Experience consultancy Deloitte Digital has brought on Lauren Lavalle as head of client engagement and Brooks Day as managing director and studios leader for the West Coast.

Prior to joining Deloitte Digital, Lavalle served as the co-head of accounts at Accenture Interactive’s Droga5. Day most recently led the IBM iX team in San Francisco. In his newly created role, he is tasked with connecting the region’s existing creative capabilities with the organization’s wider experience design, data, innovation and technology functions.

Previously, Doner served as the global strategy and creative content lead and will continue in that role while adding U.S. strategic and creative duties. Doner’s new U.S. market work will debut this winter.

Doner also recently launched a new Chicago Talent Hub, expanding the agency’s footprint into another top market. This official expansion comes after a year that saw the addition of 12 Chicago-based agency talent. The Doner Chicago Talent Hub is currently operating out of the Stagwell space in downtown Chicago.

Murnin comes to Fusion92 after serving in a dual role of chief growth officer at The Nitrous Effect, an independent agency collective, and the svp of sales and marketing for CPG Agency.

Herezie Paris has won the business for Unilever mustard and vinegar producer Maille. The independent agency was selected by Unilever to work on the strategic platform and creative amplification of the historical French brand. The new campaign will run in France and internationally.

McCann Worldgroup today announced that Nicolina O’Rorke has been named global chief financial officer. O’Rorke steps into the role vacated by Gary Lee, who announced his retirement earlier this year and will serve in a transitional role over the next few months.

O’Rorke joins from NBC Sports, where she served as svp, NBC Sports Enterprises and general manager, sports betting and gaming. Previous to that role, she served as CFO, NBC Sports Regional Networks from 2015 to 2019, where she led strategy, business transformation and financial operations.

Theatrical and streaming advertising agency Motive Creative has acquired Blue Raven, a boutique agency specializing in the marketing of video games, sports, and entertainment. The acquisition allows Motive to diversify into one of the fastest growing media categories.

Previously, Guadagno served as the CMO of Acoustic, a marketing cloud platform company, and prior to that was the senior vice president of marketing at Carbonite. He also spent five years in a variety of senior leadership roles at independent digital marketing agency Wire Stone.

Omelet has hired Zey Taslica as head of production. Taslica spent the last six years as executive producer at 72andSunny, focused on gaming brands, retail and QSR, and she brings extensive gaming experience with Activision / Blizzard into her new role at Omelet. Additionally, she will work across the agency’s full roster of clients, including Google, YouTube, Walmart, Princess Cruise Lines and others.

Ovative Group, a media and measurement firm, has opened an office location in New York City. Founded in 2009 and headquartered in Minneapolis, Ovative is expanding to New York to best serve its clients and to continue to recruit the best marketing talent.

Creative and technology studio Preymaker has hired Rune Holst Månsson, Greg Cutler and Hassan Taimur to its growing creative team. The three artists bring over three decades collective experience to Preymaker and are award-winning creative leaders in CGI and compositing.

SaveMoneyCutCarbon, which helps people make smarter, sustainable choices, has appointed St Luke’s as its lead creative agency to support the next phase of its growth.

St Luke’s will help define the brand’s strategy and agenda setting idea before launching an above the line campaign for the first time in 2022. St Luke’s will be working in partnership with The 7 Stars media to bring the campaign to life.

The Story Lab, dentsu’s in-house production company, hired Geneva Wasserman as its first evp, head of scripted development and production. In this new role, Wasserman will build and manage The Story Lab’s IP portfolio and content strategy for scripted film and television to develop, finance, produce and distribute globally.

Wasserman comes to The Story Lab from Conde Nast Entertainment, where she developed and produced projects including the feature film Spiderhead.

Klauber started his career at Chiat\Day in Seattle and moved to Grey in San Francisco where he rose to lead the agency’s high-tech group. Later at FCB New York, his “sensory” strategy launched Samsung’s first ever global advertising. He led strategy for Chevrolet, Campbell Ewald’s largest client, before returning to San Francisco with MRM / McCann.

Vibrant Media and Quintesse have appointed Beau Bunch as U.S. West Coast sales director for both entities. Bunch has worked in attention-based media sales for nearly a decade. He has held relevant positions at publishers and advertising companies including Parsec Media, Maven, Say Media and Bloomspot.com. Based in Los Angeles, Bunch will spearhead new relationships with agencies and brands across the west coast.