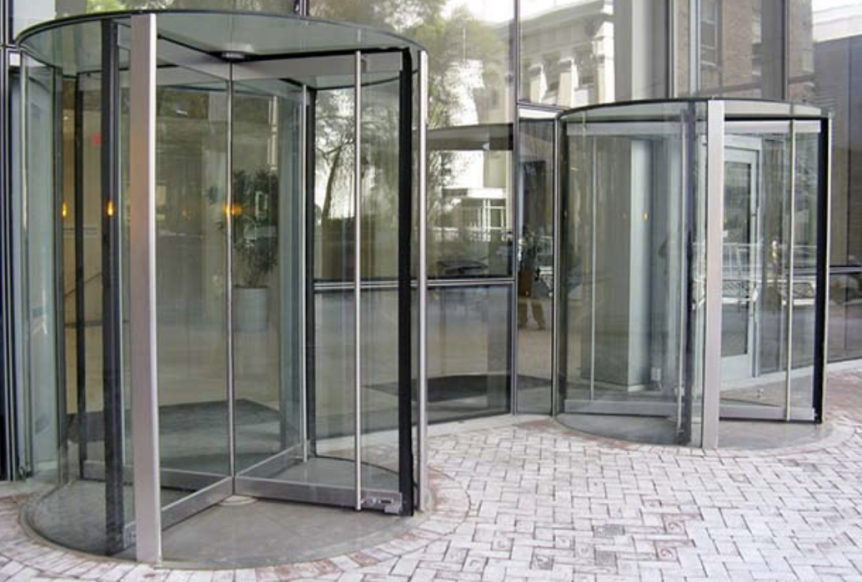 They say summer is the slowest time for the advertising industry, but that doesn’t hold true this year when it comes to agency moves. People have been hopping into new jobs and getting promoted, and agencies are creating new positions and filling them with top candidates.

In addition, agencies are landing new clients, opening new shops and merging with other like-minded companies to further growth. Take a spin through this week’s revolving door and see all the changes.

Prior to joining the Cogniscient Media team, Woitkun was responsible for managing all marketing and team-related facets of Lupoli Companies, a mixed-used real estate company.

Allen & Gerritsen, an independent, creative-led advertising agency in Boston and Philadelphia, has partnered with the Riverfront Alliance of Delaware County (RADC), a consortium of businesses and non-profit groups working together to implement physical, economic and social programs to stimulate the development of the Delaware County waterfront and the adjoining city of Chester, Pennsylvania.

Bailey Lauerman has named Jessica Jarosh managing director of BLNE. In her new position, she will be overseeing the agency’s critical systems, technical processes and suite of capabilities. She previously held the roles of group account director and head of account leadership.

In addition Megan Storm, Aaron Jarosh and Emily Mazurek are the newest members of the leadership team at Bailey Lauerman.

Global communications agency BCW has added Federico “Fede” Garcia as global chief creative officer. Garcia joins BCW from IPG agency Huge. A copywriter by training, Garcia spent four years with Huge, most recently as global executive creative director with creative oversight of the agency’s Brooklyn headquarters and key global accounts. Before that, he was group creative director at Translation in New York. Prior to that he spent four years with Ogilvy Tokyo.

Gozalka comes from Ogilvy where she was creative director. In her new role, she will lead the agency’s PepsiCo brand accounts, which include Tropicana and Naked Juice.

At Deutsch NY, the president role hasn’t been reprised since it was last held by DiFebo in 2009, prior to her being appointed CEO of the agency. Baker’s previous agency experience includes leading JWT New York’s strategy department, as well as senior leadership roles at Anomaly, Arnold Worldwide and RAPP.

Arnold brings 20 years of experience working at the intersection of digital, marketing and technology, and will be responsible for overseeing the operations and performance of fifty-five in the U.S. across new verticals. Prior to joining the team, Arnold founded a global consulting firm and held client leadership and executive roles at Cognizant, Forrester and Hill Holliday.

Clayton has worked with fifty-five for the last two years—most recently holding the position of executive director, where she led the U.S. consulting practice. In her new role, Clayton will focus on balancing growth with building out the right team and organizational structure to sustain and enable that growth.

Fox Marketing executive Darren Schillace has been promoted to president, marketing for Fox Entertainment. In this role, Schillace will lead the marketing strategies for all business units within Fox Entertainment, including Fox and Tubi, as well as projects from Bento Box, Fox Alternative Entertainment and Blockchain Creative Labs.

Loomba brings brand experience from Digitas North America, where she worked with eBay, Sephora, Taco Bell, and Walmart. She is also an actor, writer and comedy director on platforms like Smosh, Whohaha, College Humor and Funny or Die. Juarez spent nearly a decade leading global accounts at Crispin Porter + Bogusky,

Creative consultancy GlueIQ has been tapped to manage the marketing, communications and strategy for the democratized crowdsource travel platform Flugy.com.

GlueIQ will be leading the strategic and creative vision of the brand including go to market strategy and growth plan as well as conceptualizing and executing a brand and product launch campaign.

Branding and experience design agency handsome has partnered with meal delivery service Snap Kitchen to modernize its ecommerce and brand experience in the face of Covid-19.

Beginning as a brick-and-mortar business with several locations across the southern United States, Snap Kitchen needed to pivot its business to lean more heavily into an online market and looked to handsome to reshape its brand experience.

Southern California-based Hooray Agency has been named the website and digital advertising agency for The Garland Hotel, continuing its footprint into the Hollywood hospitality market. Hooray is tasked with elevating, promoting and driving revenue for the property through an aggressive brand development, optimization and revenue-focused website development strategy.

Independent Mumbai agency IdeateLabs won the 360 marketing mandate for Planet Marathi OTT in a multi-agency pitch. The company will be responsible for the launch of India’s first Marathi OTT channel and manage the brand’s end-to-end marketing duties, including creative communication, content marketing and media strategy, planning and buying.

Audio network iHeartMedia has named Kevin LeGrett as president of iHeartMedia Sports. In his new role, LeGrett will work closely with all groups within the company to coordinate its sports assets across all iHeart audio platforms.

Also, Alexis Ginas has been named president of the iHeartMedia Los Angeles region.

Fitness technology company Mirror has chosen marketing company Known as its agency of record. Recently acquired by lululemon in 2020, Mirror transforms any space into a personal fitness studio. With Known’s appointment, Mirror has consolidated its marketing needs under one umbrella. Known will be responsible for delivering strategy, creative, media buying, planning and optimization services on behalf of the brand.

Mano Copenhagen is partnering with jewelry brand Pandora to establish a new internal marketing framework. The work will create a platform for more effective campaign development and management and efficiency when bringing campaigns to market.

Umbrianna previously held key leadership roles at Hill Holliday, Havas and Anagram and was designated a Media All Star by Adweek.

Hydrow, a leading at-home connected exercise rower, has named Mojo Supermarket as the lead creative agency of record following a competitive review. Together, Hydrow and Mojo will partner in building a series of full-scale campaigns launching later this year to continue to accelerate growth, innovation and creative brand building.

“We’re incredibly excited and honored to partner with Hydrow as the company brings positive change to the connected fitness category. Hydrow is a future-focused brand that people really care about,” Mo Said, chief creative officer of Mojo said in a statement.

Ahead of the opening of Mother New York’s new home in Gowanus this fall, Lewis will lead a campaign to attract talent from a diverse pool of creative industries.

Prior to joining Mother, Lewis was the executive director for talent development within consumer and community banking at JPMorgan Chase. She also held the position of head of human resources at eBay Enterprise Marketing Solutions.

Global marketing and communications firm Prosek Partners has hired Daniel Allocca as a managing director. Allocca’s experience as global head of brand and digital for TIAA, Nuveen and TIAA Bank, and head of digital transformation and strategic Initiatives at PIMCO was the reason for his hiring.

Rebel & Co, a research and strategy agency in the Tampa Bay area, has hired Meg Welch as its first chief marketing officer.

In the role, Welch will be responsible for driving sustainable and profitable growth, personalized customer experiences and leading creative, brand and communication strategies. Welch joins Rebel from AgAmerica Lending, where she was chief marketing and strategy officer. Before AgAmerica, she served as executive director of Catapult Lakeland, an entrepreneurial center.

Sheffield based digital marketing agency The SEO Works has named Nadine Warburton as HR manager. Warburton, who previously ran HR at Split the Bills, will be responsible for driving The SEO Works’ people plan, talent attraction and overall HR procedures.

The Marketing Arm (TMA) has promoted Harris Wilkinson to chief creative officer of the agency. He was previously svp of creative. Since joining TMA in 2016, Wilkinson has led new business creative and overseen the development, presentation and production of broadcast and social content for clients such as State Farm, NBA/WNBA, Goodyear, and Advance Auto Parts. Prior to TMA, Wilkinson was creative director at TBWA\Chiat\Day LA. In a career spanning advertising and film and television, Wilkinson has served as a writer and producer, working with studios and networks including Universal, New Line, FOX, NBC and A&E.

Wheelhouse Labs, the branding and creative marketing arm of Wheelhouse founded by Brent Montgomery in partnership with Jimmy Kimmel, has brought on Joseph Saroufim as the head of creative development. In this new role, Saroufim will oversee the creative output of the growing in-house team. Prior to joining Wheelhouse Labs, Saroufim honed his marketing skills at 72andSunny, as well as CAA and Observatory.

Who Wot Why is expanding its account and creative services departments by poaching two talented individuals to fill pivotal roles at the agency. Chris Doggett joins as senior account director from DentsuMcGarryBowen, where he held the same role. He will work on accounts including The Gym Group, Spotify, Tofoo and Pip & Nut. He previously worked at agencies including VCCP, CHI and Ogilvy.

Jo Vine joins Who Wot Why as creative services manager, working across all accounts. Vine comes from FutureBrand London, where she was creative services and operations manager. She previously worked at Marks Design and before that at branding agency Haines McGregor.

Wunderman Thompson, a WPP agency, has appointed Paul Shearer as global creative client leader. He comes to the agency from BBDO to bolster the creative momentum on the network’s roster of global clients.

Scottish native Shearer, best known for his Nike work with sports celebrities at various agencies, will lead creative for global clients at Wunderman Thompson. Key global clients include Microsoft, HSBC, Dell, Pfizer, Shell, Nestle and Unilever. Shearer will also join Wunderman Thompson’s global inspiration council, the forum that drives creative excellence across the network. He will be based in London.

Prior to Wunderman Thompson, Shearer served as CCO and creative council chairman of BBDO across the EMEA region. He previously worked for BBH London, Wieden+Kennedy Amsterdam, Ogilvy and was a founding partner at the global agency Nitro.