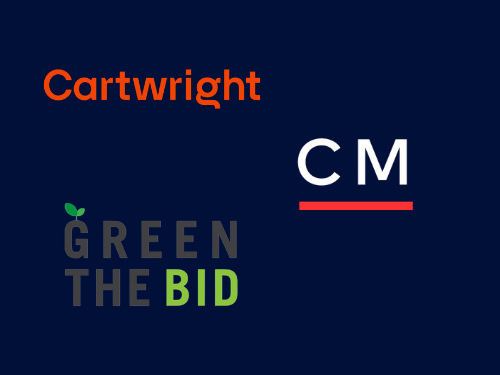 People like snacks. And, most of the time, snacks are just as satisfying as a meal. Admit it, you ate an entire bag of Tapatio Doritos once and skipped dinner. And it was ok because the snacks were delightful.

We are aware that this is a weird analogy, but it serves as what we believe is an apt entree into a little roundup of some of the moves coming from around the industry.

So without ado being furthered (credit: Richard Ayoade), enjoy this look at some talented people moving around and other agency news of note.

Cartwright has been on a tear of late, snapping up some nifty biz. As such, it makes sense that some new blood enters the mix in L.A. as the Grey-backed shop enters 2021.

Thiago Gripp and Suzanne Sherwood join the agency as creative directors. Gripp also takes on the role of head of art, and worked as a freelancer at the likes of Media Arts Lab and R/GA. Previous ports of call include 12 years in Brazil at Cheil Brazil, Ogilvy and others. Sherwood, a graduate and copywriting instructor at the Art Center College of Design, was a senior creative at TBWA\Chiat\Day and spent time at MullenLowe and Taxi.

Taylor Whitelow, copywriter and Chelsea Ceasor, design and art director, jumped over from 72andSunny. Whitelow was a 360i intern, and Ceasor, a MAIP scholar, was a production designer at Fjord.

Lennon was evp, managing director in London and drove growth across APAC and the EU.

“I’m excited to have this opportunity and continue the great work [incoming CEO] Chris [Gokiert] has created over the last decade,” she said. “Despite a challenging year, we are entering 2021 with tremendous momentum and an ambitious agenda to do incredible things for our people and our clients.”

Anhorn has been at Critical Mass for 20 years and is tasked with overseeing HR, talent acquisition, learning and development, internal comms and more.

On the moves, Gokiert said: “Andrea is the natural choice as the next president of Critical Mass and Sara brings a unique style and eye to attracting top talent to Critical Mass. Both have hybrid qualities as leaders and collaborators with a penchant for bringing together diverse, creative and bold leaders to tap into transformational creativity and purposeful growth.”

In addition to these two hires, the agency added an svp layer for further promotions and growth.

Handy join Engine Shop, which was acquired by Bruin Sports Capital five years ago, in 2010. According to the agency, he’s “played a pivotal role in the company’s evolution from an event-centric activation agency to a strategic, integrated engagement marketing agency with expertise in problem solving, content creation and measurement across all cultural touchpoints such as sports, music, entertainment, gaming and esports.”

“Chris is the right person at the right time to take over the leadership of Engine Shop,” George Pyne, founder and CEO of Bruin Sports Capital, said in a statement. “He is an exceptional leader who inspires the best in people by fostering a collaborative, ideas-driven culture. Chris has also been way ahead of the curve on the fundamental shifts to the strategies and tactics that marketers can leverage to create genuine, measurable value for their brands and businesses. We are excited about his plans for the agency, and he will have the full support of Bruin’s global resources to realize that vision.”

Grassroots initiative Green the Bid—supporting the ad biz in shifting to zero-waste, carbon-neutral, sustainable and regenerative practices—announced its new advisory board.

A raft of familiar agencies and brands dot the list of the org founded by Kat Friis, a trio of “Ks”—Michael Kaliski, Julian Katz and Gabi Kay—and Jesse Nagel, and includes:

“W+K Portland is partnering with Green The Bid as the next step in our environmental journey to help bring greater transparency to the industry and share resources towards a movement that will empower agencies, brands, and production companies alike, in formulating regenerative, healthy, and sustainable practices together,” said W+K’s Bakacs. “We couldn’t be more excited to be part of shaping not just the work we make, but how we make it.”

While not an agency, per se, Faye McCray‘s appointment at Healthline Media—America’s top health publisher—is impressive. McCray joins as editor-in-chief of PsychCentral.com, a site about psychology and mental health issues.

McCray’s background in very diverse and highlights include her serving as:

“I pursued Healthline because it’s a purpose-driven company that provides evidence-based information for people to make the best decisions about their health and wellbeing,” said McCray. “Also, we mutually value truth and honesty in journalism.”

From time to time, we pop in some news about directors, and this seems a very good get from Yard Dog.

Award-winning filmmaker Ky Dickens joins the roster for advertising projects on the East and West coasts (she’s repped in the Midwest by Story). Past clients include Hallmark, Hershey’s, Huggies, Kellogg’s, Kohler, McDonald’s and Tylenol.

During the pandemic, Dickens created a series of shorts for Amgen. Shot in Mississippi, Connecticut and Maryland, the films profile women battling breast cancer.

“We filmed doctors at hospitals in rural America that are on the brink of collapse,” said Dickens. “It was very meaningful to me, especially during Covid. It’s the type of real-time documentary that I especially enjoy.”