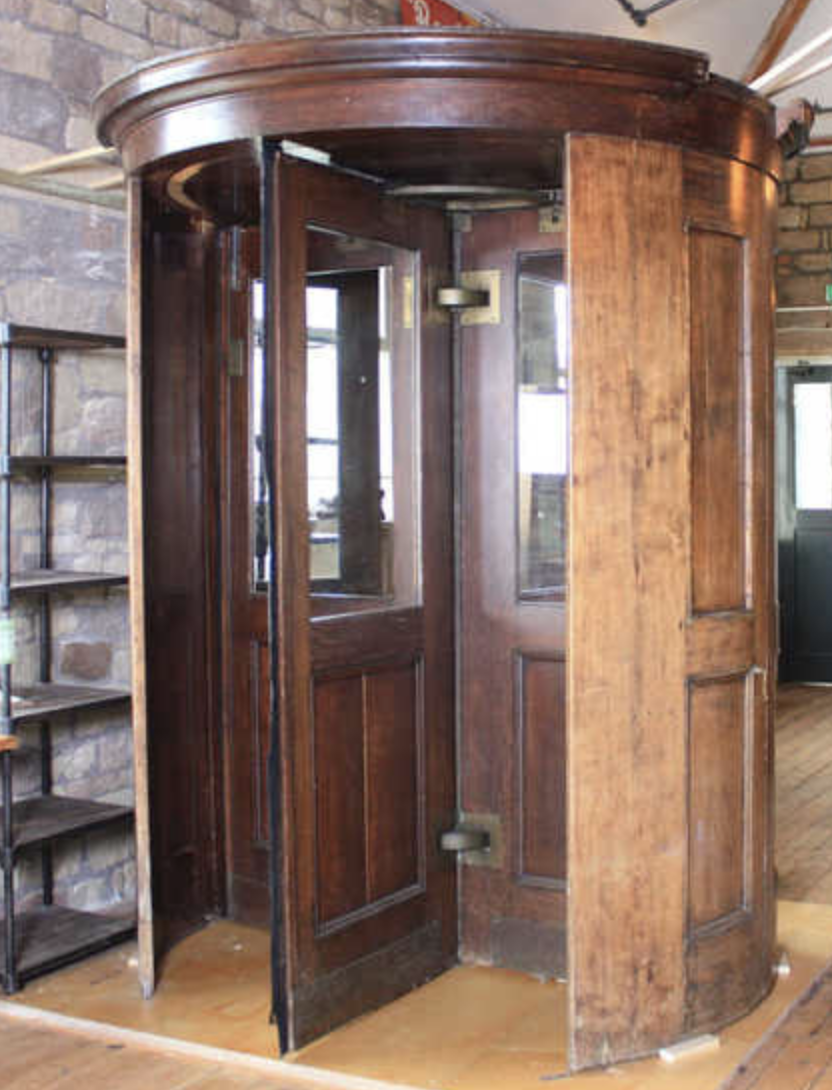 Is it really December? Time flies when you’re tracking agency moves, and because of last week’s short news week, there are even more presents for us this week. Let’s open them up and see who’s landed at new agencies, who got promoted, who won new business and launched new programs.

Step through the revolving door to see what’s happening.

The San Diego County Credit Union (SDCCU) Holiday Bowl has named San Diego-based full service, independent agency 62Above as its creative agency. 62Above is tasked with campaign creation and paid media services for the SDCCU Holiday Bowl, parade and more.

The ARF (Advertising Research Foundation) and the NYU School of Professional Studies have launched a co-developed academic program, the ARF Certificate in Marketing Optimization and Insights, which will provide professionals with examples of the real-world application of research and analytic methods needed to diagnose marketing problems, iterate solutions and evaluate the effectiveness of campaigns.

The program, now open for enrollment, will commence during the Spring 2022 semester and will be taught by leading professionals from members of the ARF who will serve as adjunct instructors

San Francisco-based agency Argonaut has promoted two of its key executives to top posts and hired two industry veterans as part of its expansion and growth. The agency has elevated Ana Dixon from CFO to the dual role of CFO and chief operating officer, and Katie Miller from CMO to chief brand officer.

The agency has also hired Alex Monger, formerly of BBH and Wolf Ollins, to take on the role of managing director, head of client vision and experience, and Hillary Fink from Droga5 as the new leader of the agency’s connections planning department.

Butchershop Global has appointed Caroline Moncure as chief client services officer. Moncure joins from Huge, where she first served as group engagement director and most recently as vp, client services.

The agency has also brought on Natalie Corr as vice president, global operations. In the new role, Corr will be responsible for Butchershop’s project operations with employees and client partners. Corr spent the last five years serving as head of project management and agency operations at Swift.

Butter Music and Sound Europe has signed Dennis de Rochemont as creative producer. A former Butter intern and Apple corporation alum, de Rochemont will bring his film and advertising audio expertise to the studio, elevating the global reach created after the launch of the Butter European studio in 2021.

Carat, a Dentsu company, has appointed Mike Parker as its new executive client president overseeing the global Microsoft media business across all markets for the network. He joins from his recent role as chief marketing and solutions officer at direct marketing company IWCO Direct. Before that, he was president at global digital agency iCrossing, a subsidiary of Hearst.

Cronin, an independent marketing agency, has hired Rick McKenna to lead the company’s expansion in Boston. McKenna’s experience includes 15 years as president of Wallwork Curry McKenna in Boston where he worked with healthcare, financial, technology and consumer clients.

Most recently, Reilly ran Newest Industries, a creative and content management consulting firm, where he conceived and directed behind-the-scenes content and developed scripted social media campaigns for such clients as A24, Netflix, and FX, among others. Prior to that, Reilly worked as a creative director at Turner Classic Movies for 15 years.

Stagwell Group announced the launch of DonerNorth in Canada as a creative commerce agency. It is a fusion of Union’s creative, digital and media expertise combined with 6 Degrees’ shopper innovation and data-driven insights.

DonerNorth becomes an integral component of Doner Partners Network (DPN) within Stagwell Group. Doner, based in Detroit with offices in and L.A. and Connecticut, left Canada 10 years ago after three decades. Over the last year, both Union and 6 Degrees have shared high profile assignments with Doner between borders.

Empower is planting roots in Atlanta and creating a cultural center hub for employees and clients. Empower’s Hub is located at 1115 Howell Mill Rd NW inside The Interlock development. To support the agency’s expansion, Thomas Choi joins as svp, head of strategy and planning and will be the managing director of Empower Atlanta.

After 16 years of work in commercials, photography, film and documentaries in Europe, Halal is launching a new division in Halal Studios. The division will offer strategy and concept development through to execution, working directly with brands as well as collaborating with agencies and other creative entities.

The new studio will be led by Amsterdam creative director Pascal Duval, the former chief creative officer at VanMoof. Duval will join another new hire, Caroline Hagoort, from eBay and Booking.com.

Monica Olivio Crane has been promoted to vice president of Philadelphia-based agency Harmelin Media. In her new role Crane will oversee a new account team and continue to be a key member in Harmelin’s new account growth.

Prior to re-joining Harmelin Media in 2003, Crane held the role of associate media director at Universal McCann NY.

Veteran music and sound producer Christina Carlo has joined Heavy Duty Projects on the West Coast in the newly-created position of executive producer, creative partnerships. Carlo joins Heavy Duty Projects after 16 years of building businesses and crafting custom music and sound. She most recently was with Squeak E. Clean Production, and prior to that, with Nylon Studios.

Studio Hero4Hire Creative has named Christina Augustinos as head of content production. Augustinos is a production and creative operations leader for creative marketing, brand and content initiatives, with experience at Nickelodeon and Cartoon Network.

Cobbin joins Joan from Johannes Leonardo, where she served as communications strategy director. Cobbin, who previously held senior roles at Barton F. Graf and Pereira & O’Dell, also worked at Bohemia Group and Carat in her native Sydney, Australia, before relocating to the United States in 2014.

Performance marketing agency Journey Further has appointed Debbie Capell as its chief operating officer and will be responsible for leading Journey Further’s operations in the U.K. and U.S. She will be joining the executive board to develop the agency’s operations vision.

De la Torriente will be based in Labelium’s Miami office, helping the organization shape its talent strategy and development programs. Her focus will be to help build a talent incubator for the agency, clients and the greater community.

Production company Little Minx has added director/photographer Carlos “Kaito” Araujo. This year, he was tapped as the director and photographer for TikTok’s Culture Drivers campaign.

Brand building and reputation management agency Marco has expanded its communication capabilities across the African continent through the acquisition of a majority stake in Africa Communications Media Group (ACG), based in Johannesburg.

Marco services over 100 clients from its 16 offices globally. For 10 years, ACG has been the leading go-to communications consultancy for communication support across sub-Saharan Africa. It is also the largest African-owned agency handling communications solutions for global clients across the entire continent. Both Marco and Africa Communications Media Group (ACG) have developed a solid network of affiliated and in-country partners covering all parts of Africa.

Max Connect Marketing has promoted Brinden Sillito from director of digital to chief digital officer. In his elevated role, he will focus on agency-wide issues and initiatives, including developing new digital products and services and crafting a future vision for all things digital at Max Connect.

Saxx Underwear has appointed Quality Meats as its creative agency as it seeks to grow its business in the U.S. The Vancouver-based premium men’s underwear brand has tapped Quality Meats to develop a creative platform that will launch in key markets in 2022 and beyond.

QYOU Media Inc. announced that its U.S. based influencer marketing agency has named Glenn Ginsburg president of QYOU USA. Under Ginsburg’s leadership, QYOU USA has become an authority on brand engagement, focusing on the TikTok platform. Ginsburg will be responsible for all overall aspects of the business including sales, operations, talent, creative and business development.

Liz Borcik, account director at Planit, a full-service advertising agency in Maryland, was named a 40 Under 40 Honoree by the Baltimore Business Journal (BBJ).

Two by Four, an independent agency headquartered in Chicago, has been named advertising agency of record for Club Champion, a golf club fitter. Two by Four will partner with Club Champion to increase brand visibility and boost sales across the U.S. The agency’s scope includes brand strategy, creative services and website redesign.

Most recently, Dey served as Publicis Groupe’s global head of strategy for Citigroup where he led global strategy teams across creative, cultural insights, performance, analytics, and media. Prior to Publicis, Dey was the chief strategy officer of MMC (Omnicom), and before that, he held leadership positions at Google and Saatchi & Saatchi.

VMLY&R also appointed Chien-Wen Tong as U.K. managing partner. Tong will be responsible for cultivating relationships across VMLY&R’s clients in the U.K., focusing on Intel, Danone and Colgate-Palmolive.

CCG supports hundreds of European retailers and wholesalers. The software platform helps brands across the entire commerce journey and employs over 100 people across Europe. The company will join the Wunderman Thompson global network as part of its market-leading commerce and technology proposition.

Wunderman Thompson has appointed Karyn Rockwell as president of the Midwest region and Jennifer Mollo as managing director of Austin. Rockwell will be charged with running the Minneapolis and Chicago offices. Mollo will have a dual role leading the Austin office and operating as the new global client lead for Dell.

The two regional hires will sit on Wunderman Thompson’s North America executive leadership team and play a role in driving growth in their respective regions.

Rockwell has spent her career overseeing growth agendas for clients such as Mondelez, Royal Caribbean, The U.S. Army, Kimberly Clark, State Farm, Marriott, Google and YouTube. Most recently, Rockwell served as CEO of FCB New York. Earlier in her career, she worked as a global business director at JWT. She also held previous roles with Leo Burnett DDB and Co:Collective.

Mollo joins Wunderman Thompson after more than a decade managing marketing teams at MasterCard, Atari and Starwood Hotels. She led client service and operations at T3 and, most recently R/GA.