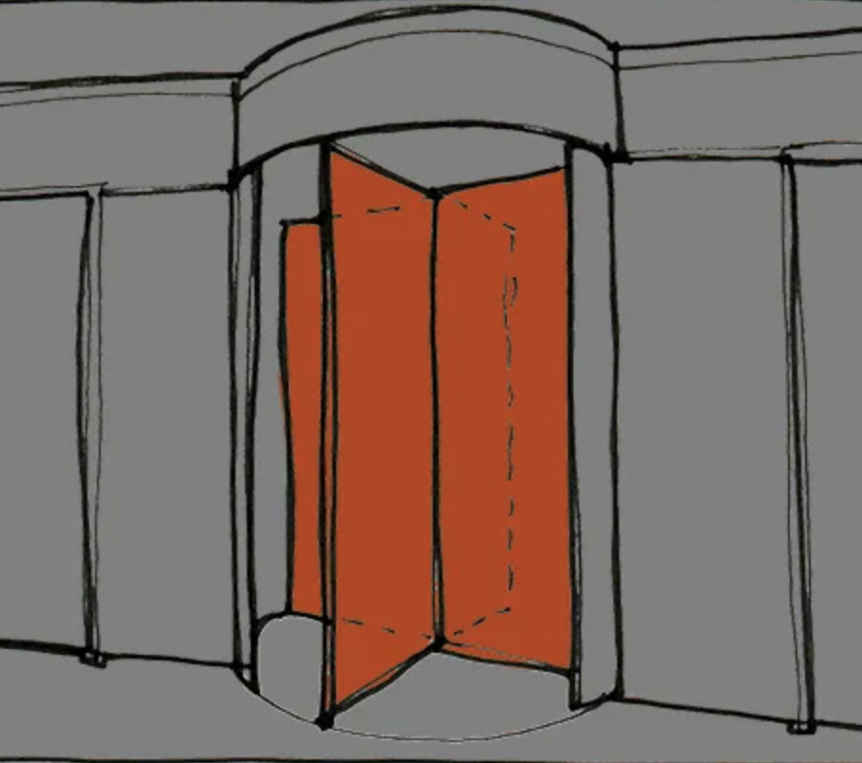 The door keeps spinning around and around, and this week is chock full of juicy moves, new account grabs and new hires. It was a busy week in the agency world, so let’s get down to it and find out what agency did what.

Prior to his time at Huge, Torres held positions at Grey, Saatchi & Saatchi, Anomaly and Y&R in New York, TBWA in Paris, and Droga5 in Australia.

“Roy’s track record of leading and inspiring teams to develop truly great work that engages and drives action regardless of the medium speaks for itself,” said Ammunition’s chief executive officer Jeremy Heilpern.

Integrated digital agency AMP Agency has hired Kiki Takakura-Merquise as vice president of digital transformation. Takakura-Merquise has split her career between client and agency, and her life between Japan and the United States.

Takakura-Merquise has held strategy positions at Nokia, Method, Alliance Data, VeloWerks and as a freelance consultant. At AMP, she will help client partners better connect with their customers by managing digital solutions.

“The addition of Kiki is an important step for AMP as we continue to build out our services to meet present and future needs of our clients,” said AMP Agency’s senior vice president and general manager, Michael Mish. “Kiki will lead the process of formally building out our digital transformation consulting arm.”

Butchershop has acquired Maniak, a digital-first design and technology firm based in Guadalajara, Mexico. The move marks Butchershop’s continued investment in digital brand experience and innovation. As a Butchershop company, Maniak will operate under the helm of Hector Garcia, who will transition from CEO of Maniak to chief innovation officer of Butchershop.

Marketing and brand experience agency CSM Sport and Entertainment has brought in its latest group of apprentices and interns, who join the business as part of its Grassroots program. Grassroots was launched globally in 2019, with the aim of finding the best entry-level talent to break into the industry through non-traditional routes. The agency’s UK-based team welcomed Daniella Annoh, Erica Ighavbota, Manny Khan, Dennis Ly, Jesse McKenzie and Keiren Mullage. CSM brought in six new interns into its North American business: Carly Bunuan, Deja Delpleche, Divy Kedia, Brett Lingerfelt, Layden Williams and Bridget Zima.

Stoner will be responsible for Dendro’s new business efforts in a newly-created head of strategy role while driving strategic upstream consulting for startups, growing mid-stage brands and helping established companies innovate in their category.

Deutsch New York has hired Karan Gera as svp, group planning director. He is tasked with driving the agency’s strategic thinking and leading the brand and creative strategy development for PNC Bank. A seasoned strategist with experience on B2C and B2B brands, Gera will report to Deutsch NY’s chief strategy officer, Matt Baker.

DraftKings Inc. has expanded its executive team by hiring Brian Angiolet to oversee and optimize content creation and media strategy as the company’s first ever chief media officer. Most recently, Angiolet served as svp and chief business officer at Verizon Communications.

Bend, Oregon agency DVA Advertising & PR has been hired by Ford Motor Co. to produce a comprehensive past/present/future brand anthology book for the re-launch of the Ford Bronco. The agency won the business due to a similar piece it put out for outdoor brand Filson.

Experiential design firm Hush is welcoming a new partner, Kristen DiCamillo. A veteran of B-Reel and Tool, DiCamillo joined Hush in 2017, and as executive producer she spearheaded the development and deployment of multiple, global Partner Center experiences for Facebook. She also played critical roles in delivering the sustainability-focused experience design concept for United Therapeutics headquarters, and was essential to the success of the experience design and digital storytelling for Uber’s soon-to-be unveiled Mission Bay global headquarters in San Francisco.

Smart cities media and technology company Intersection has named Sheri Ham as vice president of programmatic partnerships and sales. In the role, Ham will set the company’s programmatic strategy and oversee its execution and rollout.

Ham began her career with the digital team of Wired Magazine, and prior to joining Intersection, Ham held leadership roles at Nativo, Diply and Monster.

Prior to joining Mosaic Group, Loyeva was vp of account management at Icon/MediMedia Managed Markets.

Bankrate, a personal finance site, has chosen New Honor Society as its creative agency of record for the launch of its first national brand campaign since 1999. The campaign includes programmatic TV, online video and social media assets designed to drive awareness for Bankrate and position the brand as a partner throughout life’s financial journey.

The campaign, “For every next,” shows real-life footage of the moments that lead to big life changes, from heading off to college, to having a new baby, to landing a first job, showing that Bankrate is the first step in every next step.

Nomad Editing Company has brought on editor Conor O’Neill as its newest partner. O’Neill will help to expand Nomad’s commercial editing footprint in Los Angeles along with helping to develop new creative avenues for Nomad’s production and post offerings. He has worked on movies including Foxcatcher and Moneyball and the Rolling Stones documentary Crossfire Hurricane.

The Amsterdam ofﬁce of Ogilvy Social.Lab has been selected by Yubo as its agency of record. The ﬁrst step of the partnership is to create a campaign to help them boost both awareness and usage of their new social platform.

The campaign will create displays that promotes Yubo as a groundbreaking social platform.

Grover, joins from Ogilvy, while Cusick was most recently the vp of organizational development at NBCUniversal. Harris was previously a senior leader at Primacy, a digital-first marketing agency specializing in healthcare, financial services and high education.

Targeting company Semasio has appointed Volker Ballueder as head of sales and client development for EMEA. He is tasked with driving further client expansion and building a sales structure to grow Semasio among new and existing clients.

Ballueder will be based in London, reporting to Anna Schenk, managing director EMEA at Semasio. He was previously at data consultancy Silverbullet, and prior to that he led client success teams at Dentsu Aegis and Rocketfuel.

The Pittsburgh agency formerly known as Smith Brothers has changed its name to Smiths Agency and has narrowed its focus on food and beverage accounts.

“We constantly tell clients that smart positioning involves sacrifice. We realized now is the time for us to follow suit and focus where we are strongest,” said Lindsey Smith, co-founder and co-chief creative officer of Smiths Agency. “We understand food consumers and know the industry more deeply than most agencies.”

Bimson is leading Unfold’s creative team with creative directors Paul Thiel and Vivian Ritter and handling new business opportunities with STX, Starz, Warner Bros., Amazon and other companies. Most recently, he was a creative director on the brand team of Amazon Prime Video where he led the creative branding for Prime Video’s San Diego Comic-Con activations and numerous Amazon FYC Awards campaigns.

Page started his career at Big Red in Melbourne, Australia, and most recently, he served as associate director of production at 160over90. At Unfold, Page will work on new business, contributing to existing client projects, and streamlining production processes.