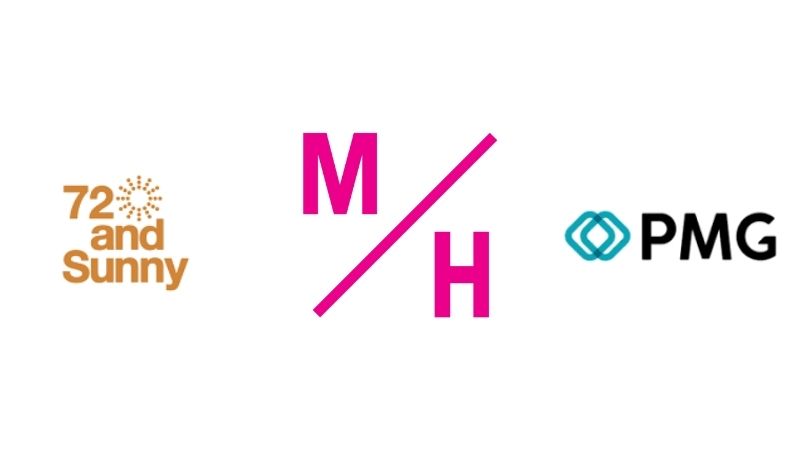 With a good deal going on in the agencies sphere, between annual end of year duties and breaking news, there was quite a few bits that fell through the cracks. That included a number of agency personnel moves, a few of which we’ve rounded up here.

72andSunny New York hired Ira Gronblom, who she most recently served as creative lead for VCCP New York, as group creative director. Gronblom previously held the group creative director role for Anomaly, where she played an instrumental role in campaigns including”Made by You” for Converse and a Super Bowl campaign for Squarespace featuring Key & Peele, while growing her group over the years to include Google, Sally Hansen, Google, Sonos, YouTube and WW. In her new role she joins a creative team that also includes the recent addition of group creative director Sherina Florence.

“Ida has a remarkable history for making impactful creative work spanning across the globe,” Carlo Cavallone, who moved into the role of 72andSunny New York executive creative director this summer, said in a statement. ‘Her passion to grow the creative leaders of tomorrow coupled with our mission to set creative standards and deploy creativity for positive change makes us truly excited for her to join our growing team.”

Albuquerque has served as a creative director for 72andSunny Los Angeles since 2018, working across brands including Adobe, Google and Pinterest. An agency boomerang, Albuquerque spent an earlier stint with 72andSunny as an art director before helping Mother open its Los Angeles office in 2017. She also teaches at the Art Center School of Design and works as a mentor for a project  helps gives Brazilian women a chance to work abroad.

An agency veteran since 2017, Smith has been a driving force behind a number of standout campaigns for Adobe, including “Fantastic Voyage” and the brand’s Stock Film Festival. An alumni of Cannes “See It Be It” program, Smith also invests herself in mentoring with a particular focus on the next generation of creative women.

“72andSunny is a company that believes in the creative potential of all, and we need strong visionaries and stewards to bring our creativity to its highest potential,” 72andSunny Los Angeles ecd, partner Matt Murphy said in a statement. “Their promotions further our goal of building the best creative leadership team in the world. Maite and Lauren bring very fresh and unique approaches to both how they lead our creative community, as well as their ability to make impactful and unignorable work.”

The agency we hate to type promoted three agency veterans.

Following five years of experience in account side roles for the agency, Fernandez will be tasked with connecting brands to culture with set deliverables across multiple accounts while evaluating an evolving cultural and media landscape.

Cruz-Lettelier joined M/H as an account manager in 2011 after working across brands including Chevrolet and Denny’s at GS&P. Over the past few years she has worked across on all of the agency’s accounts in some capacity and was named partner earlier this year. As managing director she will continue to lead the account department while fine-tuning processes across the agency to make it more profitable.

In her expanded role as director of talent and operations, Ramp takes responsibility for leading initiatives across the agency including benefits, compensation, diversity, equity and inclusion, employee experience and office operations and culture.

“Carolina, Henry and Katie are each two-headed superheroes. Together, the three leaders are responsible for shaping Muh-Tay-Zik / Hof-fer’s culture and growth,” agency founder Matt Hofherr said in a statement. “Our agency had the best of years in the worst of years because of them, and these promotions are more than well-deserved.”

In Dallas, independent digital integrated agency PMG picked up a pair of executive creative directors from The Richards Group among its dozen recent creative hires. A number of clients recently fired The Richards Group after Motel 6 terminated its longtime relationship with the agency in response to comments by founder Stan Richards, who subsequently resigned from the agency he founded.

Andrew Harper and Kyle Kelley both join PMG from The Richards Group as executive creative directors. Kelley joined The Richards Group as an intern over a decade ago and worked his way up to group creative head, while working across brands including Dr Pepper, GameStop and Go RVing. Also a group creative head, Harper worked on integrated campaigns for brands including AAA, A&W Rootbeer, Dr Pepper and ULTA Beauty.

Clients including Home Depot and Keuring Dr Pepper fired The Richards Group on the heels of Motel 6 ending its relationship with the agency over comments made by founder Stan Richards. “The addition of Kyle and Andrew will enable PMG to compete on a larger stage and at a greater scale, enhancing the already incredible and agile work of our creative team. They bring with them a wealth of campaign experience with global brands like Dr Pepper and Home Depot, and we’re excited about everything we’ll accomplish together,” PMG senior creative director Scott Everett said in a statement. “Their addition to the team brings new depth, creative acumen and fluency to how we deliver creativity at the pace and scale clients need as they accelerate in digital.”